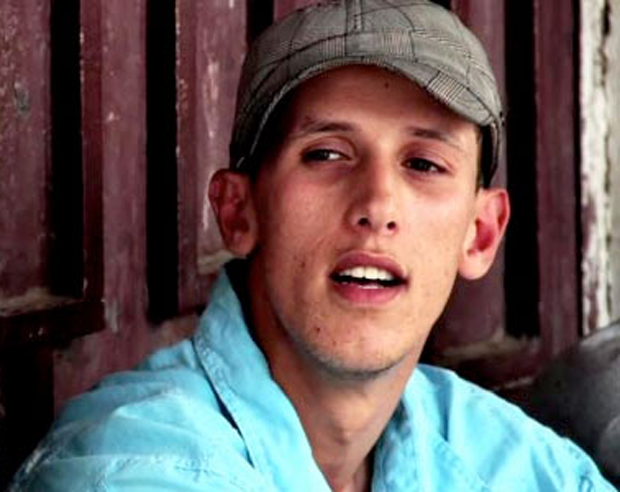 The Moroccan rapper Mouad Belghaoute – also known as Lhaqed or El Haqed, ‘the enraged one’ – was sentenced on 1 July 2014 to four months in prison amid concerns that the trial was unfair, and that he is being held because of his popularity and lyrics that condemn corruption and police brutality. Arrested on 18 May, the 26-year-old rapper is expected to remain in prison until mid-September.

In an Open Letter to the Moroccan Minister of Justice and Liberties El Mustapha Ramid, 11 organisations committed to the defence of the rights to freedom of expression, culture and the arts have condemned the four-month sentence served against Mouad Belghouate following a trial that fell short of international standards:

We the undersigned organisations committed to the defence of the rights to freedom of expression, culture and the arts, condemn the four-month sentence served against musician Mouad Belghouate (aka El Haqed) following a trial that fell short of international standards. We are concerned that the sentence has been given in retribution for his involvement in Morocco’s pro-democracy movement, and specifically his condemnation of corruption and police violence through his music.

Convicted of assaulting police officers during an incident in Casablanca on 18 May 2014, evidence including testimonies of witnesses to the incident were not accepted by the court. This led defence lawyers to withdraw from the proceedings calling them “unjust” and “unfair”.

This is the third incident since 2011 where Belghouate has been imprisoned following trials that have been condemned as highly flawed. Notably in May 2012 he was imprisoned for 12 months for insulting police in a song and its accompanying video, a charge that clearly violated his rights to freedom of expression.

Belghouate has been closely engaged with the 20th February democracy movement, and he has been openly critical of corruption in Morocco and accused police of brutality in his lyrics, leading to concerns that these are the source of the accusations against him, concerns that are heightened by trial irregularities.

Morocco has ratified the International Covenant on Civil and Political Rights which includes the rights to freedom of expression and fair trial. We therefore call on the Moroccan authorities to immediately release Mouad Belghouate and to ensure that any appeal be carried out fairly and include all evidence and witnesses relevant to the case.