NEWS
Padraig Reidy: When truth is stranger than fiction
17 Jul 2014
BY PADRAIG REIDY 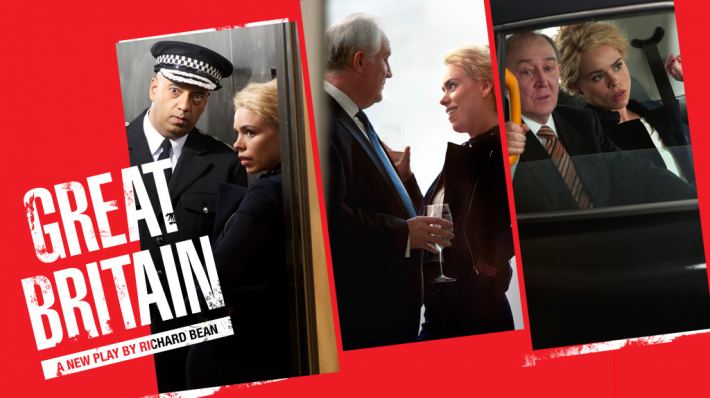 Three years ago this week, David Cameron announced that a public inquiry into phone hacking would be set up, under the guidance of Lord Justice Leveson.

It may be difficult to imagine now, given how acrimonious the fallout has been, but this was generally seen as a positive step. Something had gone very wrong, it seemed, in public life. Hacking was merely the embodiment of a secretive threeway between politicians, the Metropolitan Police and News International. A judge-led inquiry would clear the air, we hoped. No one, not even the people behind Hacked Off, (which, after all, was not set up to lobby for a new state-backed regulator, or for enhanced privacy, but merely for an inquiry) could have foreseen the impasse we are now at, with a ludicrous Royal Charter for press regulation, punitive press laws on the statute books, two proposed regulators (the industry’s IPSO and the pro-Royal Charter IMPRESS), and at least one paper, the Financial Times, deciding to opt out of the argument entirely – while the police and politicians have walked away from the inquiry unscathed.

Richard Bean’s new play Great Britain, currently showing at the National Theatre, could be seen as the first artistic response to the phone-hacking scandal and the fallout from it.

It was reportedly developed and auditioned under wraps as the hacking trial was under way at the Old Bailey, and opened shortly after Andy Coulson was found guilty and Rebekah Brooks acquitted.

But there is more to this than just phone hacking. As the title suggests, Great Britain sets out to be a state-of-the-nation address, examining the interconnections and relations between the press, police and politicians. It is the Leveson Inquiry on stage (as if the Leveson Inquiry were not theatrical enough). And as with the Leveson Inquiry, it is the press who come out worst. The police are incompetent, the politicians are pathetic, but the journalists are venal.

The plot centres on Paige Britain (geddit??!!??) a young news editor on a tabloid called the Free Press (geddit??!!??), who discovers how to hack phones and hence supplies her paper with a series of scoops.

Britain, played by Billie Piper, at first seems sort of composite of Rebekah Brooks and Andy Coulson. Except she’s not, because a Brooks character is introduced into the plot and kept entirely ignorant of Britain’s voicemail shenanigans (Brooks was, after all, found innocent of conspiracy to hack phones).

Robert Glenister plays Free Press editor Wilson Tikkel, who may be Andy Coulson or may be Kelvin Mackenzie. Tikkel is the classic tabloid geezer of the popular imagination, and by classic I mean archaic. He swears and cajoles and judges stories at morning conference on whether they give him a “hard-on” or not (though this does lead to one of the play’s funnier lines — “no one ever got a hard on from assonance”). Though Private Eye likes to remind readers of Daily Mail editor Paul Dacre’s frequent “Vagina Monologues,” the stereotype still feels worn.

Then there is a driven Irish proprietor who made his money from advertising the, er, adult industry and has his eye on the broadcast market.

The play is riddled with these portmanteau characters and scenarios. A thick Lancashire cricketer is framed as an adulterer after Free Press reporters misinterpret a message left on his phone suggesting he had slept with a person who was not his partner, which turned out to be thanks for support at a funeral. This scenario was in fact what happened to Gordon Taylor, head of the Professional Footballers’ Association. There is also a rough assemblage of several child murder stories and anti-paedophile campaigns.

This might not seem important – after all, it’s not one of those David Hare verbatim plays, but it becomes troubling when stories and scenarios are thrown together to create a broad mush of bad stuff. The satire feels too broad, too generalised. Just as Leveson expanded from being a “hacking inquiry” to an investigation of every single aspect of the press, so Great Britain chucks everything in together. And as with Leveson, the whole press is punished for the crimes of a few.

Meanwhile, in its attempt to parody the cynicism of the tabloid world, Great Britain becomes quite nasty itself. There’s a thin line between mocking un-PC attitudes and actually laughing along with them, and Great Britain gallumphs across it carelessly. A gay half-Welsh, half-Chinese police officer is called Bryn Wong. Hilarious apparently. The security guard at the newspaper is Lithuanian. Got to be a gag in that. A black police officer is called Sergeant Ojo; the audience sniggers, and then properly guffaws when his superior calls him a “daft African twat”. The Irish character is, inevitably, a former IRA terrorist.

And then there’s the misogyny: major female characters are inevitably scheming, using their, er, feminine charms to get what they want. In one particularly nasty joke, Piper explains the origin of the term “Brazilian” for pubic hair pruning, before going on to wink that if she named her newly-trimmed area after where she went to get the trimming done, her underwear-area would be known as the Isle of Dogs.

That’s the level Great Britain operates at. Unsubtle and unpretty. At the start of the second act, Piper emerges dressed in Margaret Thatcher blue, complete with handbag, and delivers a clunky lecture on how things really work in the corridors of power. At the end, we get another lecture, “provocatively” pointing out the apparent complicity of the audience in the Free Press’s crimes, and in doing so equating the expenses expose with phone hacking (both being founded in illegality) and effectively showing utter contempt for the idea of public interest.

But the archaicness of it all is simply a reflection of the way the entire true story, from initial phone-hacking allegations to the government’s Royal Charter on press regulation, proceeded.

A criminal problem became a political issue; actions at one newspaper became the fault of the whole press; and ultimately, the issue became about the wars that started in the mid 80s, when Thatcher and Rupert Murdoch took on the miners and the printers, events long predating the hacking scandal that first broke in the mid-2000s.

The arguments are from the 80s, the jokes are from the 80s. There is barely a nod to the press and the web of today, apart from the aping of the autotuned “Leveson The Musical” video everyone loved in 2012.

In spite of the relative recency of the Leveson Inquiry and the hacking trial, Great Britain largely fails to address the present and the future. It contributes little apart from cheap laughs to the ongoing discussions on how our media should run itself, or be run by others. But this playwright Bean is not operating in a vacuum. Perhaps we’ll get the play about the press we need when we get the debate about the press we need. Much of that debate so far, much like Great Britain, has been rushed, crude, and played to stereotype.

This article was posted on July 17, 2014 at indexoncensorship.org

2 responses to “Padraig Reidy: When truth is stranger than fiction”