NEWS
Julia Farrington: The Barbican, Exhibit B and "progress zero"

Index comment: The Barbican's mishandling of this work, means that they have failed the artist and the audience. The work is now not going to be shown, so their very vocal support for Exhibit B is totally compromised. And, by being taken by surprise at the hostile response to the work, they have acted defensively, instead of proactively opening up dialogue with black artists and audience at the earliest stage of considering putting on this work. They must now take this opportunity to engage with the 22.5k who signed the petition and lead on a debate, at the highest level, about institutional inequality in the arts in this country. | Also read: Exhibit B: Censorship pure and simple 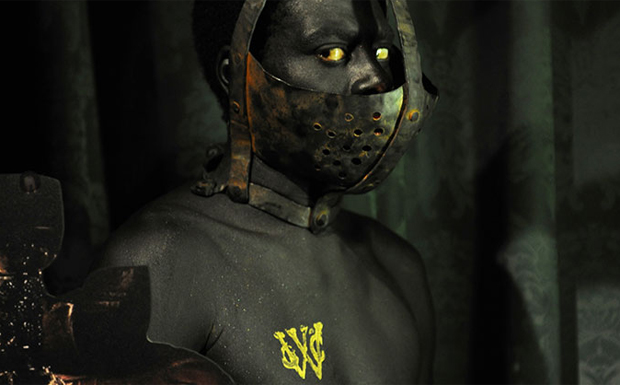 Update: Exhibit B was cancelled by the Barbican, the Evening Standard reported, after protesters blockaded the entrance and branded it ‘racist’.

If artistic culture is to be truly dynamic, strong, representative and relevant, the programmes in our theatres, galleries and museums will necessarily be challenging. The work, presented by many different voices, will likely be divisive; and causing offence, whether unintended or deliberate, is unavoidable.

The role of the arts institution in this dynamic cultural life is to manage the space between the artist and the audience, to create a place in which different ideas about the world we live in can be expressed, challenged, exalted, ridiculed and celebrated.

Brett Bailey’s Exhibit B, programmed for four days at the Barbican beginning tomorrow, has certainly caused considerable offence; 22,500 people have signed a petition calling for the Barbican to withdraw this exhibition, declaring their intention to protest outside the venue during the run.

The work by the South African theatre maker was inspired by human zoos, popular in 18th and 19th centuries, where human beings of African heritage were put in cages on display alongside animals for the titillation of European audiences. It recreates 12 tableaux of atrocities featuring live actors, who the audience is asked to observe in silence. Brett Bailey’s idea behind Exhibit B is to immerse the visitor in visions of horror and inhumanity to “provoke audiences to reflect on the historical roots of today’s prejudices and policies”.

What interests me here is the role and mindset of the institution presenting this piece of work and whether it considered, if at all, the possibility of a hostile response. I requested an interview with the Barbican, but was told they would speak after the show, once I had seen the exhibition.

For Exhibit B to be anything other than another here-today-gone-tomorrow exhibition that takes the messages of the work to heart, the Barbican would have to be engaged in dialogue with black artists and audiences as part of an ongoing commitment to eradicate institutional racism from the arts.  Yet it is the boycott organised against this exhibition, with its petition, speeches, protests, marches, public meetings, pickets, on and offline debate that is ensuring that any dialogue is happening, albeit in reaction to the programming of Exhibit B, and from the outside.

The panel for the passionate and heated debate about Exhibit B, excellently chaired by Olu Alake, featured six speakers – three supporting the boycott, including Sara Myers author of the Petition and three supporting the work including Louise Jeffries from the Barbican who programmed the work. After each speaker had had their say, the audience of around 150 people, unleashed a barrage of questions from the floor. The two hours allotted to the debate were woefully inadequate for the range and depth of opinion expressed. As anticipated the debate changed nothing in the short term, the work will open this evening as planned, but there was an urgent call for a longer, fuller discussion which hopefully Barbican will respond to as a matter of urgency.

By giving a major international platform to Exhibit B without significant contemporary context, engagement or dialogue, the Barbican is unwittingly shining a light on both its own failure and the failure of the wider arts and culture scene to challenge prejudice and policy in the arts in the United Kingdom.  Surely it cannot be possible for the Barbican to stand by a work that purports to confront “colonial atrocities committed in Africa, European notions of racial supremacy and the plight of immigrants today” and not see that it is holding up a mirror to itself.

Mark Sealy, artistic director at Autograph Black Photographers, who I spoke to last week about the boycott, was unequivocal: “Since 1980s it is progress zero. Our institutions have failed to bring about change – whether it is academia, the McPhearson Report or funding policies – [black] people feel absented from power, authoring and having a voice” And the reason?  “There are no consequences to this failure. These policies have not made an iota of difference. If they want their institutions to be truly diverse they would withdraw the money from institutions if they don’t deliver.”

Independent arts consultant Jenny Williams takes a pragmatic view by heading up the campaign JustCulture, featuring a 10-point manifesto for change, though she knows, also from years of experience, without investment and commitment from the establishment there is little hope that things will change. She has crunched the numbers: “The Arts Council funding of arts infrastructure is not fairly representing the 14% black and minority communities. 14% of ACE’s overall three-year investment of £2.4bn would equate to £336m – that’s £112m per year. The black and minority ethnic community contribute around £62m per year into the overall arts budget. Yet, the current yearly figure currently invested in black and minority ethnic-led work is £4.8m.”

In spite of this grossly unbalanced situation, the organisers of the boycott I have spoken to are talking about how they can turn this into a positive. As Sara Myers, author of the boycott told me, she sees the mass outpouring of frustration and outrage as a catalyst. “A door has opened and we want to take the opportunity to challenge stereotypes, rather than sit back and see them reinforced.” She was however shocked when she met the board and senior management of the Barbican – with one exception, all white.

In her five-star review of Exhibit B for The Guardian, Lyn Gardner says the show “reminds us that most history is hidden from view”. I would say history here is on display for all to see. I defend Brett Bailey’s right to present these horrendous atrocities from the past – anything else is censorship – and agree with Lemn Sissay that we should all be free to revisit this story “in every part of every generation”.

But the more potent issue here, is the perpetuation of institutionalised mono-cultural bias preventing the Barbican, and the vast majority of British arts institutions, from fostering and delivering a truly relevant cultural programme. This untenable form of censorship must be addressed and continue to be addressed long after Exhibit B has been and gone.

This article was posted on 22 September 2014 at indexoncensorship.org

11 responses to “Julia Farrington: The Barbican, Exhibit B and “progress zero””