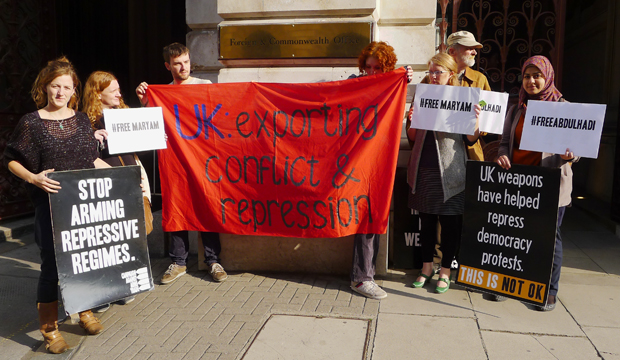 Today a protest was held outside the Foreign and Commonwealth Office calling for the UK government to condemn the regime in Bahrain and support the release of human rights campaigner Maryam Alkhawaja and her father, Abdulhadi Alkhawaja, who has been in prison in the country since 2011.

The UK has had a close relationship with Bahrain’s government, supplying them with weapons in the past. The British government has failed to speak about human rights violations in the country. The protest was aimed at foreign office staff on their way to work to raise awareness of the issue and spark internal debate. 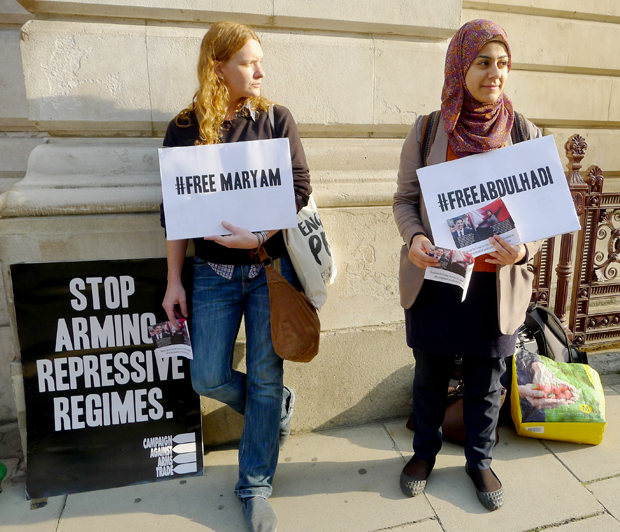 Maryam Alkhawaja was detained in Bahrain at the end of last month when she travelled to the country to visit her father, a Bahraini human rights campaigner and co-founder of the Bahrain Centre for Human Rights (BCHR), which won the 2012 Index Freedom of Expression Award for Advocacy; he is serving a life sentence for terrorism offences and began a hunger strike two weeks ago.

This article was posted on 9 Sept 2014 at indexoncensorship.org