Nominations are open for the annual Index awards, which since 2001 have honoured some of the world’s most remarkable free expression heroes 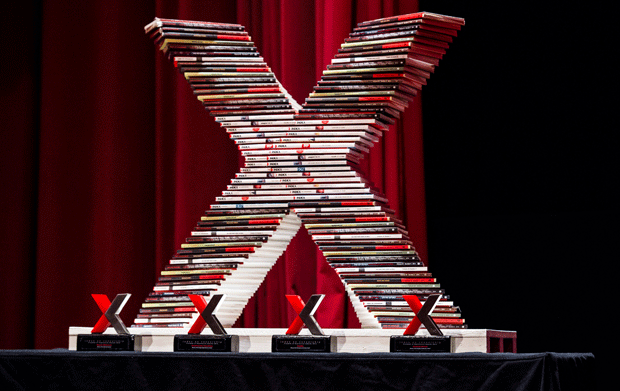 Nominations for the annual Index on Censorship Freedom of Expression Awards 2015 are open. Now in their 15th year, the awards have honoured some of the world’s most remarkable free expression heroes – from Russian investigative journalist Anna Politkovskaya to education activist and 2014 Nobel Peace Prize winner Malala Yousafzai.

The awards shine a spotlight on individuals fighting to speak out in the most dangerous and difficult of conditions. As Idrak Abbasov, 2012 award winner, said: “In Azerbaijan, telling the truth can cost a journalist their life… For the sake of this right we accept that our lives are in danger, as are the lives of our families. But the goal is worth it, since the right to truth is worth more than a life without truth.” Pakistani internet rights campaigner Shahzad Ahmad, a 2014 award winner, said the awards “illustrate to our government and our fellow citizens that the world is watching”.

Index invites the public, NGOs, and media organisations to nominate anyone they believe deserves to be part of this impressive peer group. There are four categories of award: Campaigner (sponsored by Doughty Street Chambers); Digital Activism (sponsored by Google); Journalism (sponsored by The Guardian), and the Arts. Nominations can be made online and are open until November 20, 2014.

Jodie Ginsberg, CEO of Index, said: “The Index Freedom of Expression Awards is a chance for those whom others try to silence to have their voices heard. I encourage everyone, no matter where they are in the world, to nominate a free expression hero.”

Winners will be flown to London for the ceremony, which takes place at The Barbican on March 18 2015, and which will feature music and entertainment from across the globe.

In addition, to mark the 15th anniversary of the Freedom of Expression awards, Index is inaugurating an Awards Fellowship to extend the benefits of the award. The fellowship will be open to all winners and will offer training and support to amplify their work for free expression. Fellows will become part of a world-class network of campaigners, activists and artists sharing best practice on tackling censorship threats internationally. The fellowship will be launched formally later in the year.

Determination to tell the truth

Judges for this year’s Freedom of Expression awards include journalist Mariane Pearl and human rights lawyer Sir Keir Starmer. Sir Keir said: “Freedom of expression is part of the bedrock of civilised, democratic society. The Index on Censorship awards have a material influence on promoting such freedom and both celebrating and protecting those who fight against censorship worldwide. That’s why Doughty Street Chambers chooses Index as its principal charity.”

Alan Rusbridger, editor-in-chief, Guardian News & Media said: “We’re proud to once again be sponsoring the Journalism category of the Freedom of Expression Awards. Previous winners of this category have demonstrated dogged determination to tell the truth, and at a time when journalistic freedom is under pressure like never before, this category holds even greater significance.”

The Digital Activism Award will, for the second year running, be chosen by public vote. Google’s Head of Free Expression, Europe, William Echikson said: “Our support of the Index awards reflects our common concerns about the ongoing and increasing government crackdown against the free and open internet. When we first learned about the Digital Activism Award, we were immediately impressed with its motto, which celebrates the fundamental right to ‘write, blog, tweet, speak out, protest and create art and literature and music.’”

Index on Censorship is delighted also to have the continued support of academic and professional publishers, SAGE, for this year’s awards. Ziyad Marar, Global Publishing Director of SAGE, which sponsors the awards, said: “Through working with Index for many years both as publisher of the magazine and sponsors of the awards ceremony we are proud to support a truly outstanding organization as they defend free expression around the world.”

This article was posted on 14 Oct, 2014 at indexoncensorship.org

One response to “Index launches Freedom of Expression awards 2015”