Whistleblower Grigory Pasko: "Russian public will feel a need for the truth"

Named the International Whistleblower of the year at the inaugural Index Freedom of Expression Awards in 2001, Grigory Pasko is still working to keep investigative journalism alive in Russia. 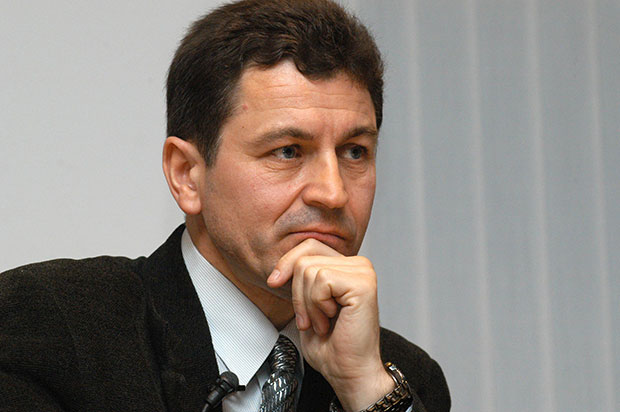 In the 1990s, Grigory Pasko, a former naval officer and journalist, reported that Russia’s navy was dumping nuclear waste in the Sea of Japan (East Sea). After a series of articles exposing the environmental crimes, Russian federal security service agents arrested him in 1997, on charges of espionage and abuse of his official power. He was tried several times and eventually sentenced in December 2001 to four years of imprisonment for espionage. He was finally released in January 2003.

Pasko is one of many journalists who has been targeted by the Russian government. He says that freedom of speech and media in the country today, is not that different from when he was named International Whistleblower of the Year at the Index on Censorship Freedom of Expression Awards 13 years ago.

“It is just the same blatant rule by the security services, the same totalitarianism and lack of democratic institutions,” Pasko told Index in an email exchange.

Investigative journalists, in particular, are scarce in the current Russian environment, though the 1990 Law on the Mass Media [1991] states that journalists are allowed to carry on investigations. Article 29 of the Russian Constitution bans censorship altogether. However, under Vladimir Putin’s administration, Pasko said that press freedom and new, economically independent media have disappeared in favor of blatant propaganda.

Nominations for the 2015 Index on Censorship Freedom of Expression Awards close on 20 Nov.

Who will you nominate? A journalist? A digital activist? A campaigning organisation? An artist? Or all four?

“Investigative journalism barely exists as a genre in Russia,” Pasko said. “Journalists in our country are killed and put in prison.”

In March 2011, Pasko and his colleagues, Galina Sidorova and Igor Korolkov, established the Foundation for Investigative Journalism as a way to help professional and citizen journalists alike, as well as to create open discussion and respect for the law. It maintains “zero tolerance towards corruption in all forms”.

“Our goal is to help those who pursue this form of journalism,” Pasko said. “So far we have held schools in investigative journalism for journalists and bloggers in many towns throughout Russia. Unfortunately, funds from our sponsors limit us to holding only three such schools a year.”

Pasko said the foundation aims to teach journalists “to be free. To obey the law. To help the democratic development of journalism in Russia. To know how to use the rights they have been given by the constitution and the law. Not to be afraid.”

In a bleak time for journalists and a free media, Pasko said there is always hope for a brighter, freer future.

“The Russian public will feel a need for the truth, just as it has a need to drink fresh not stagnant water,” Pasko said. “Then society will have a need for independent free journalists. Our task and our goal meanwhile are not to let them disappear and keep the genre of investigative journalism alive.”

This article was posted on 17 Nov 2014 at indexoncensorship.org