Wrestling with his fear about Googling the composition of a carbon dioxide bomb after hearing of a failed bombing at LAX, Frankfurter Allgemeine Zeitung journalist, Peter Galison highlights one of the threats of mass surveillance to journalistic practice, “The knowledge that I might be walking into a security word search had been enough to make me hesitate.”

Following Edward Snowden’s leaks outlining the capabilities of intelligence agencies around the world to monitor, track and collate private online communications this moment of hesitation before tackling a story has become a major concern to journalists globally.

Pen International surveyed 772 fiction and non-fiction writers and found out that more than 1 in 3 writers in so-called free countries (34%) said they had avoided writing or speaking on a particular topic following the NSA revelations.

While Ryan Gallagher of The Intercept states “self-censorship is never the only available option” he acknowledges that his practices have changed:

“In the post-Snowden environment I definitely use encryption tools much more to communicate with people, mainly because more of my colleagues and contacts have now adopted these tools. It’s no longer a niche thing…the Snowden revelations were a big wake-up call for people.”

Encryption and anonymity software have emerged as the primary set of tools available to journalists to protect themselves, their stories and their sources. Indeed in the light of the leaked information, they have taken on added significance; the ability to depend on robust communication security may be the difference between coverage and self-censorship.

Jillian York, director for international freedom of expression at the Electronic Frontier Foundation outlines this central anxiety: “I’ve spoken to journalists who, upon realizing the extent of the NSA’s surveillance, have changed their practices. Some have adopted encryption…while others say they are afraid to cover certain topics.”

This tension between technical literacy and forms of self-censorship defines journalism in the mass surveillance age. As Cyrus Farivar of Ars Technica writes: “less tech-literate journalists may not even be aware of the threats that they may or may not face”.

The advent of blogging and social media, as well as the increase of citizen journalism around the world has enabled a diverse range of voices to join the debate around key issues but as Chris Frost, the chair of the ethics council at the National Union of Journalists (NUJ) states, this can expose many more people to the threat of mass surveillance: “Freelance journalists, citizen journalists and bloggers would need to be sure that they have the technical know-how to safeguard their sources and understand the potential risks involved.”

Are key issues being avoided by those unable to guarantee total security in their communications? And if this is the case, what voices are being silenced?

This is not a threat for journalists alone. For Chris Frost and the NUJ, security and anonymity for sources is paramount: “Without the protection of sources, some people will refuse to speak to the media, for fear of being exposed.” As Ryan Gallagher says: “Quite simply, we don’t have a choice. We must protect our sources and we can’t do that if we don’t change the way we operate online.”

The ability of journalists to protect information from the state is also a vital step in protecting themselves when reporting in conflict zones. As Chris Frost writes, “if journalists are perceived as informers to the authorities, or as future witnesses in a trial, they can become a target.” Mass surveillance is a central tool for states to acquire and share information with its intelligence partners around the world. Implicating journalists as the source of the leak further endangers their safety and therefore their willingness to cover certain issues, as Ryan Gallagher articulates: “Some people may find it too daunting and just steer clear.”

The first principle on the International Federation of Journalists’ Declaration of Principles is “Respect for truth and for the right of the public to truth is the first duty of the journalist”, and this highlights the divergent interests of the state and the media. Where truth is withheld by the state, often in the name of “national security”, the role and responsibilities of journalists in informing the public is brought to the fore. Mass surveillance technologies are powerful tools for states to hinder and restrict this process, manipulating the media landscape to benefit their own aims and objectives at the expense of an informed and engaged civil society.

How journalists learn to navigate this landscape will determine their continued willingness and ability to report on sensitive issues, defending journalism in the public interest across the globe.

But, as Ryan Gallagher reminds us, this willingness is not easily defeated: “Thankfully there are a lot of courageous reporters in the world who will work to get out important information to the public no matter what. So fear will never be completely effective at shutting down media coverage.”

This article was posted on 28 April 2015 at indexoncensorship.org 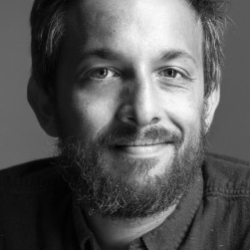 Nicholas Williams
Nicholas Williams is policy and campaigns officer at Index on Censorship. At the European Centre for Press and Media Freedom, he coordinated the inaugural year of the Media Freedom Rapid Response, which responds to violations of media freedom in Europe. Previously, Nik led Scottish PEN’s campaigning and advocacy, focusing on anti-SLAPP, free expression, digital rights and surveillance policy