Institutions that should be crucibles for new thinking, at the forefront of challenges to established thought and practice, are instead actively shutting down debate, and shying away from intellectual confrontation 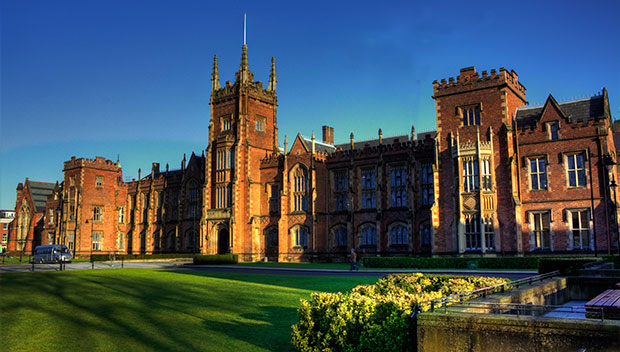 In my column in the latest issue of Index magazine, re-published below, I explored the shrinking space for free expression on university campuses. It’s getting worse. Earlier this week, we learned Queen’s University in Belfast had cancelled a conference on the fallout from the Charlie Hebdo attack, citing security fears. That followed a decision by the University of Southampton to axe a conference on Israel after pressure from the Zionist Federation UK. Another group is now pressurising respected medical journal The Lancet over its coverage of Palestine.

Index condemns these attempts to stifle free and open debate. It is clear that academic freedom is under threat from special interest groups who believe that no one should be exposed to ideas that they find personally offensive. The result is that the universe of ideas and opinions is shrivelling. We need to push back, and universities, students, academics and academic publications must resist this pressure.

Something is going wrong at universities. Institutions that should be crucibles for new thinking, at the forefront of challenges to established thought and practice, are instead actively shutting down debate, and shying away from intellectual confrontation.

Driven by the notion that students should not be exposed to ideas they find – or might find – offensive or troubling, student groups and authorities are increasingly squeezing out free speech – by banning controversial speakers, denying individuals or groups platforms to speak, and eliminating the possibility of “accidental” exposure to new ideas through devices such as trigger warnings.

The trend was particularly noticeable last year when a number of invited speakers withdrew from university engagements – or had their invitations rescinded – following protests from students and faculty members. Former US Secretary of State Condoleezza Rice withdrew from a planned address at Rutgers University in New Jersey after opposition from those who cited her involvement in the Iraq war and the Bush administration’s torture of terrorism suspects; Brandeis University in Massachusetts cancelled plans to award an honorary degree to Islam critic Ayaan Hirsi Ali; and Christine Lagarde backed out of a speech at Smith College following objections by students over the acts of the International Monetary Fund, which Lagarde runs. In the UK, the University of East London banned an Islamic preacher for his views on homosexuality. And a new law – a counter-terrorism bill – was proposed in Britain that could be used to force universities to ban speakers considered “extremist”.

Registering your objection to something or someone is one thing. Indeed, the ability to do that is fundamental to free expression. Actively seeking to prevent that person from speaking or being heard is quite another. It is a trend increasingly visible in social media – and its appearance within universities is deeply troubling.

It is seen not just in the way invited speakers are treated, but it stretches to the academic fraternity itself. Last year, the University of Illinois at Urbana-Champaign withdrew a job offer to academic Steven Salaita following critical posts he made on Twitter about Israel.

In an open letter, Phyllis Wise, University of Illinois at Urbana-Champaign chancellor, in an open letter, wrote: “A pre-eminent university must always be a home for difficult discussions and for the teaching of diverse ideas… What we cannot and will not tolerate at the University of Illinois are personal and disrespectful words or actions that demean and abuse either viewpoints themselves or those who express them. We have a particular duty to our students to ensure that they live in a community of scholarship that challenges their assumptions about the world but that also respects their rights as individuals.”

These incidents matter because, as education lecturer Joanna Williams wrote in The Telegraph newspaper: “If academic freedom is to be in anyway meaningful it must be about far more than the liberty to be surrounded by an inoffensive and bland consensus. Suppressing rather than confronting controversial arguments prevents criticality and the advance of knowledge, surely the antithesis of what a university should be about?”

Yet, increasingly, universities seem to want to shut down controversy, sheltering behind the dangerous notion that protecting people from anything but the blandest and least contentious ideas is the means to keep them “safe”, rather than encouraging students to have a wide base of knowledge. In the US, some universities are considering advising students that they don’t have to read material they may find upsetting, and if they don’t their course mark would not suffer, according to the Los Angeles Times.

In the UK, increasing intolerance for free expression is manifest in the “no platform” movement – which no longer targets speakers or groups that incite violence against others, but a whole host of individuals and organisations that other groups simply find distasteful, or in some way disqualified from speaking on other grounds.

The decision to cancel an abortion debate at Oxford in late 2014, which would have been held between two men – and noted free speech advocates – came after a slew of objections, including a statement from the students’ union that decried the organisers for having the temerity to invite people without uteruses to discuss the issue.

Encountering views that make us feel uncomfortable, that challenge our worldview are fundamental to a free society. Universities are places where that encounter should be encouraged and celebrated. They should not be places where ideas are wrapped in cotton wool, where academic freedom comes to mean having a single kind of approved thinking, or where only certain “approved” individuals are allowed to speak on a given topic.

Index on Censorship knows well the importance of the scholar in freedom of expression. Though we have come to be known as Index, the charity itself is officially called Writers and Scholars International, an effort to capture as simply as possible the individuals whom we intended to support from the outset. The title was never intended to be exclusive, but the inclusion of “scholar” signals the importance our founders attached to the role of the academic as a defender and promoter of free speech. In 2015, as we watch the spaces for free expression narrow, we will work doubly hard to ensure that university remains an arena for the clash of ideas, not the closure of minds.

This article is part of Across the wires, the spring 2015 issue of Index on Censorship magazine and was first published in early March. Follow the magazine on @Index_magazine. To read other articles from the issue, subscribe to Index magazine online here, also available on your iPhone, iPad or Android devices. For more subscription options, visit our subscribe page.

One response to “Jodie Ginsberg: Squeezing out free speech on campus”