Index on Censorship and a number of other organisations have signed a joint letter to Lord Sebastian Coe of the British Olympic Association, to highlight violations against freedom of expression and threats to human rights defenders in Azerbaijan ahead of the European Games 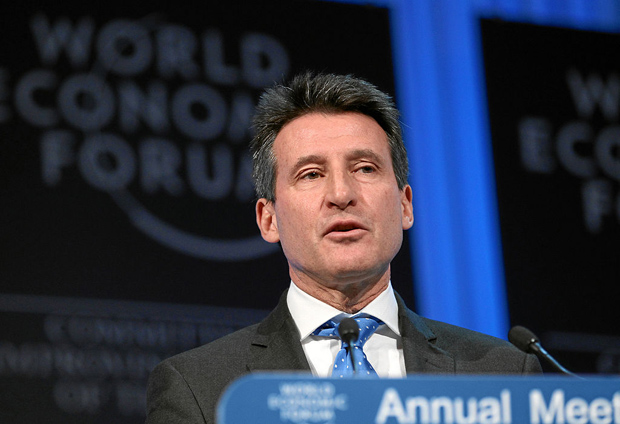 On behalf of the Sport for Rights coalition, we are writing to bring your attention to the unprecedented and mounting crackdown in Azerbaijan, which has resulted in dozens of political arrests, including prominent journalists, human rights defenders, and political activists. In the run-up to the European Games, which will take place in Baku from 12-28 June, we ask you to publicly support the Azerbaijani people and the rights to free expression, association, and other fundamental freedoms.

Last summer, a group of Azerbaijani human rights activists launched the Sport for Rights campaign. The campaign has a simple objective: to draw attention to the human rights situation in Azerbaijan in the context of the European Games. As evidenced by hundreds of credible reports by media outlets, NGOs and governments, the response of the Azerbaijani government to the very idea of this peaceful and legitimate initiative has been truly unprecedented repression.

Since August 2014, the Azerbaijani authorities have undertaken a major crackdown on government critics, resulting in arrests, trumped-up criminal convictions, and prison sentences for key activists, as well as the closure of dozens of civil society organisations and outlets. The authorities continue to stifle dissent and clamp down on critics.

These are just a few examples of this frantic wave of repression:
On 16 April, a court in Baku sentenced renowned human rights defender Rasul Jafarov – founder of the Sport for Rights campaign – to a six and a half-year jail term on fabricated charges. A few days later, the same court sentenced Intigam Aliyev, a leading human rights lawyer who has filed hundreds of cases with the European Court of Human Rights, to seven and a half years behind bars, again on bogus charges. Both had been detained since the beginning of August 2014.

Emin Huseynov, a well-known free expression advocate, has been forced to seek refuge at the Swiss Embassy in Baku since August 2014 to avoid arrest on the same charges.

Veteran human rights defender Leyla Yunus was arrested on 30 July 2014 on trumped-up charges of state treason and other crimes. Her husband, history professor Arif Yunus, was arrested on 5 August 2014 on similar charges.

Khadija Ismayilova, an award-winning investigative journalist who has exposed corruption and illegal business activity among the ruling elite, has remained in pretrial detention since December 2014, once again under fabricated charges. If convicted, she could face up to 12 years in jail.

These individuals, along with dozens of other political prisoners, were targeted following their criticism of Azerbaijan’s human rights record at the international level.

We are addressing these concerns to you, the Chairman of the British Olympic Association, as you have the power to help. Despite its repression at home, the Azerbaijani government cares deeply about its international reputation, as evidenced by the vast resources spent to promote a positive image abroad. In the run-up to the European Games, we believe that public condemnation of the crackdown by bodies such as yours could help achieve tangible, democratic change at this crucial time.

In a very positive step, on 30 April, the President of the Swedish Olympic Committee, Stefan Lindeberg, gave an interview to Aftonbladet newspaper, in which he spoke out on the human rights situation and on-going repression in Azerbaijan. He said: “It is difficult to keep sports and state governance apart, but for us sports is the core. We do not support Azerbaijan. It is a regime that is not living up to standards. But we stand behind the fundamental idea of sports, which is to keep doors open rather than to close them”. He also expressed concern about reports on restrictions of press freedom in the country.

We encourage you to follow the Swedish Olympic Committee’s lead, and, in the spirit of the Olympic Charter’s principles on press freedom and human dignity, publicly condemn this clampdown, calling for the release of Azerbaijan’s political prisoners. In making such a statement, you would send a signal to Azerbaijani civil society that they are not alone in their struggle for fundamental freedoms. For the dozens of activists and rights defenders in Azerbaijan languishing behind bars, in hiding or forced into exile, this moment of international attention represents a watershed in their fight for justice and freedom.

We urge you not to miss this opportunity to show support for fundamental rights and freedoms in Azerbaijan, and press for concrete improvements in the few remaining weeks before the start of the Games.

Thank you for your attention to these matters.