NEWS
Padraig Reidy: Why did the government panic over a few letters on farming?

With the publication of Prince Charles' "black spider" letters, ministers fear they will lose control of the freedom of information process 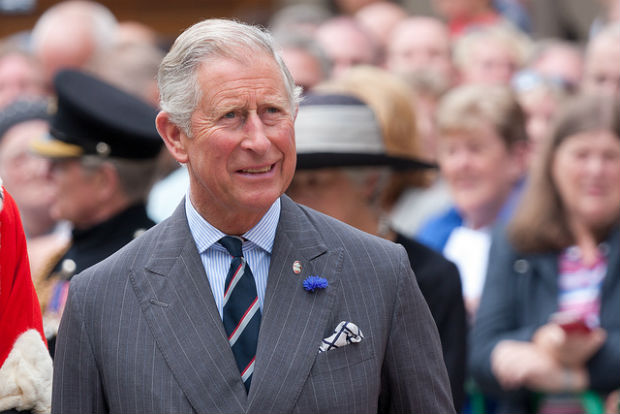 It has been hailed as the damp squib to end damp squibs. The let down of let downs. The mother, the pearl of non-stories. Prince Charles’s “black spider” letters to various government ministers including the prime minister Tony Blair over eight months between 2004 and 2005 have elicited barely an OMG! or a WTF?, but many, many, mehs.

“Where’s the crazy stuff about homeopathy?”, we mumble. “Isn’t there supposed to be some stuff about talking to vegetables, or converting to Kaballah? Aliens? Surely some crop circles?”

Nothing. Or at least nothing worth shaking a divining rod at. One mention of herbal medicines. A hat tip to the Patagonian toothfish and the “poor old albatross”. Lots and lots of impressive detail about agricultural policy.

If anything, having scanned the letters I found myself thinking more highly of Prince Charles than previously. He clearly knows his stuff (or at least has had the good sense to employ someone who knows their stuff) and is genuinely concerned for the farming and fishing sectors.

That is not to say I am comfortable with the existence of these letters. I am a dyed-in-the-wool, though realistic, republican. That is to say, I sincerely disagree with monarchy in any form, but realise there’s not much point in going on about it in the UK. Most people seem reasonably happy with the archaic, arcane set up of the British monarchy. They’re not doing much harm, really, and doesn’t the Duchess of Cambridge have lovely hair? And none of it really matters.

Except that it does matter. The weirdness of the entire set up was exposed after the birth of Princess Charlotte in April. Royal correspondents openly spoke of her assumed lifelong role as second fiddle to her brother, George, who will one day be king.

The BBC did that thing where it reminds you that it is a state broadcaster, informing subjects about how the newborn had brought joy to the entire nation. I am not yet sufficiently misanthropic to be displeased by the birth of a child, but the whole thing had the feeling of the celebration of a successfully completed pagan ritual.

I sometimes wonder if it’s different if you were raised with this stuff: if the British are immune to the oddness of it all.

Times journalist Hugo Rifkind, a writer I admire and generally believe to be right about pretty much everything, confused me with a column after the Supreme Court’s decision that the letters should be published in which he suggested that those who wanted the letters published were guilty of taking the prince too seriously: “[The letters are] the late-night rages of Mr Angry of Highgrove,” Rifkind wrote. “They’re the green ink letters to the press. In a sane and sensible nation, they wouldn’t matter at all.”

The problem is that this isn’t a sane and sensible nation. It is a nation where, purely by birth, Charles has a constitutional role to play. In a republic, the adult first-born of a president could sent whatever letters they wanted, and we’d leave them to it. In a monarchy, you cannot just be the child of a head of state: if that role depends on lineage, then it follows that Charles, while not head of state himself, still has power. It is one thing for a head of state to have regular meetings with her prime minister, but another for her son to throw his weight around on specific policy issues, even if it is all relatively boring stuff. If the monarchy is essentially meaningless and impotent, then scrap it. If not, well, it scrapping is even more urgent.

The government must also take its share of the blame for the fiasco that led to a 10-year legal fight with The Guardian at an estimated cost of £400,000. Why such determination to block the publication of a few letters on farming? Why the panic?

One supposes that they worried not just about the monarchy (former Attorney General Dominic Grieve suggested that the release of the letters would hamper Charles’s future ability to govern), but also about the implications: freedom of information gone wild. If a newspaper can demand to see correspondence from the heir to the throne, where does it all end?

Tony Blair claimed that one of his biggest regrets in government was the introduction of the Freedom of Information Act, which he claimed hampered candid conversations at cabinet level. I have some sympathy with this viewpoint, but I think the benefit of FOI has outweighed any negatives.

But now, with the publication of these old letters, ministers fear they will lose control of the freedom of information process. Hence attempts to strengthen a blanket ministerial veto on freedom of information requests. This on top of the exemption to FOI for senior royals introduced in 2011, in response to the black spider case. It’s a regressive step in an age where we keep being told of the need for open government. But that’s the mess monarchy has got us in to.

We’re not even a week into the new government, and already alarm bells are ringing over freedom of speech (with the government’s extremism plans) and freedom of information. The next few months and years will see bitter wrangling between government and civil libertarians.

If only we knew someone who would be sure that his concerned letters to ministers would be given full attention.

This column was posted on 14 May 2015 at indexoncensorship.org

One response to “Padraig Reidy: Why did the government panic over a few letters on farming?”