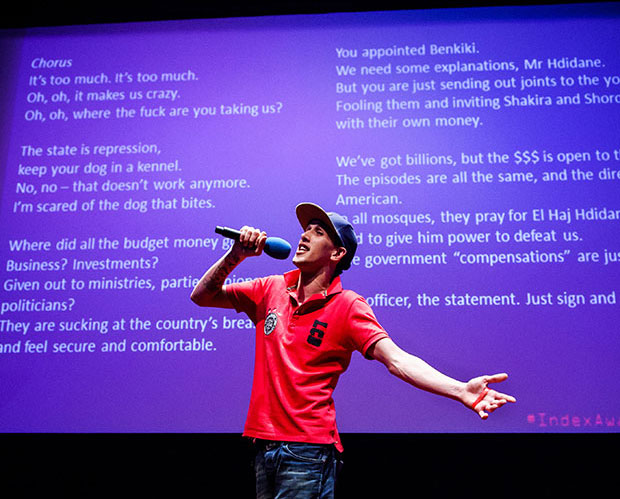 “The continued harassment of Mouad Belghouat, aka El Haqed, by Moroccan authorities must end. This latest silencing of Belghouat is another black mark for Morocco. We call on the government to allow Belghouat and other artists to be allowed to perform freely in the country,” Index on Censorship CEO Jodie Ginsberg said.

On the evening of the concert, security officials blocked streets around The Uzine, a concert venue and cultural centre supported by the Touria and Abdelaziz Tazi Foundation. At the same time, officials cut electricity to the centre. According to Moroccan press reports, police said that the building, which has hosted several concerts since it opened six months ago, was not up to safety codes, an allegation the centre’s management disputes.

Belghouat releases music under the moniker El Haqed, roughly translated as The Enraged. His lyrics describe widespread poverty and endemic government corruption in Morocco. His song Stop the Silence became popular as Moroccans took to the streets in 2011 to protest against their government. He has been imprisoned on spurious charges three times in as many years, most recently for four months in 2014.

• El Haqed: I will fight for freedom, equality and human rights for ever
• #IndexAwards2015: Arts nominee Mouad “El Haqed” Belghouat

This was posted on 22 June 2015 at indexoncensorship.org