Free expression is not a “nice-to-have” add-on, a mere luxury principle tacked on the end of other more basic rights 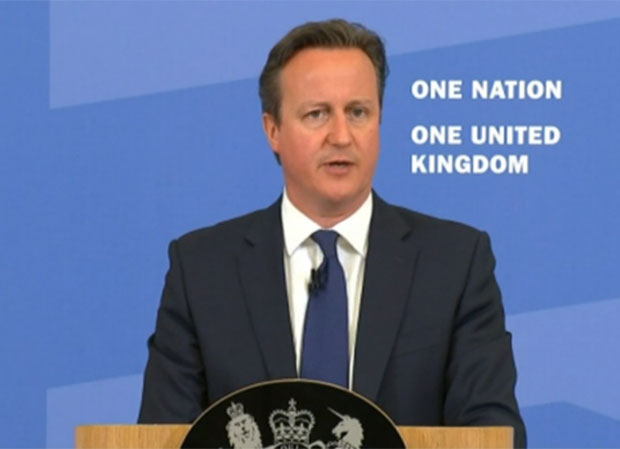 Free speech is a fundamental British value, UK Prime Minister David Cameron insisted on Monday in a widely trailed speech outlining how his government planned to tackle “the struggle of our generation”: Islamic extremism.

Cameron made some of the right noises. He talked of the need for voices countering the extremist narrative to be heard more loudly: to be featured more often in newsprint, or given more airtime in broadcast. More speech is a good thing. One of the reasons why organisations like Index champion free speech as a fundamental good is a belief that more speech is the best counter to speech you dislike or with which you disagree, and that allowing those plethora of voices and ideas to be heard is what allows societies to advance. As author Elif Shafak wrote in a recent article for Index magazine: “The response to a book is another book. The response to a cartoon is another cartoon. Words need to be answered with words.”

Sadly, it became clear throughout the speech – as it has become clear through successive legislation in recent years – that Cameron and his government are not really committed to free speech. No, they are committed to ‘good’ speech, to speech that the government and its supporters decide is palatable. They are committed to funding and advocating the ideas and narratives of which they approve (“If you’re interested in reform; if you want to challenge the extremists in our midst; if you want to build an alternative narrative or if you just want to help protect your kids – we are with you and we will back you – with practical help, with funding, with campaigns, with protection and with political representation”) and banning those they don’t. His speech on Monday was, as ever, short on details in relation to the practicalities, but Cameron once again reiterated the notion that the government wants to introduce further curbs on ‘non-violent’ speech, in other words speech that falls short of inciting violence.

That is not what a commitment to free speech means. Free speech – the kind that allows democracies to flourish – allows people to espouse views that others find offensive, insulting, and even complete anathema to your way of life. And it allows other people to dispute those views. Free speech protections are what allows both the holocaust denier the right to spout nonsense about the Nazis and the wider population to refute them.

But Cameron does not share that commitment to free speech. The kind of free speech protection the Prime Minister envisages permits some as yet undefined version of acceptable speech but seeks to outlaw whatever this government deems beyond the pale. And herein lies the danger. Any attempt to proscribe ideas, or the voicing of ideas, beyond direct incitements to violence undermines the very principle of free speech – and ultimately undermines its benefits for civil society as a whole.

You only have to look at how widely drawn Cameron has to make the net to capture the ‘non-violent extremist’ narrative to understand how easily any group who challenges the government, or the prevailing majority view, might be drawn into his net. This is not the society we want to live in, where public speakers might have to register two weeks in advance and be vetted before being allowed on a podium, as was indicated in an earlier version of this speech trailed before the election. As former attorney general Dominic Grieve said recently: “When in doubt you should always go for the free speech option.” Grieve recently told Index: “In a free society people do have a right to be insulting about other people’s beliefs…I think that the free society requires that there should be should be the possibility of doing it.” This belief is at the core of any democracy and is worth fighting for. Something that David Cameron conveniently seems to be willing to relinquish.

Even more worryingly, Cameron goes even further by suggesting that not only may we be punished for this ill-defined non-violent speech, but we might also be required to demonstrate publicly our lack of support for such ideology. “We must demand that people also condemn the wild conspiracy theories, the anti-Semitism, and the sectarianism too,” the Prime Minister declared. Quite how this thought-police style demands will be enforced in practice is difficult to imagine – perhaps Katie Hopkins might be forced to make public apologies in areas of their country known for high levels of immigration for failing to show the correct British levels of ‘tolerance’ when she wrote about gunships and migrant boats?

We need to champion free speech

Some people seem to view free speech as a “nice-to-have” add-on, a mere luxury principle tacked on the end of other more basic rights. But respecting free expression is a fundamental tenet of democracy. It is qualified by other rights, but assessing those balances is something that should be done by a court of law not by an ever-creeping extension of government power to proscribe people and views it does not like. Cameron laid this blatant disregard for democracy bare last month when he said: “For too long, we have been a passively tolerant society, saying to our citizens: as long as you obey the law, we will leave you alone.”

As soon as you have to fear not just breaking the law, but state interference for ‘non-crimes’ as well, you no longer have a democracy. And with no test for what words might put you in the category of law-abiding undesirables, how do we know when the ‘offence-hunters’ – sniffing out anyone who seems not to defend sufficiently ‘British values’ – might come for any one of us?

David Cameron raises the fearful spectre of an intolerant, violent Islamist state that wants to bring an end to the freedoms we cherish. If we are to succeed in protecting those freedoms, then we cannot let the government undermine the very values he says he is defending. If we let that happen, we will have already lost. Instead we need to defend the rights of everyone – including the extremists – to voice opinions we find abhorrent, or risk finding our ability to say we disagree with those views is lost too.

This article was posted on 21 July 2015 at indexoncensorship.org

One response to “David Cameron wants to promote good speech and ban the bad. Prime Minister, that’s not how free speech works”