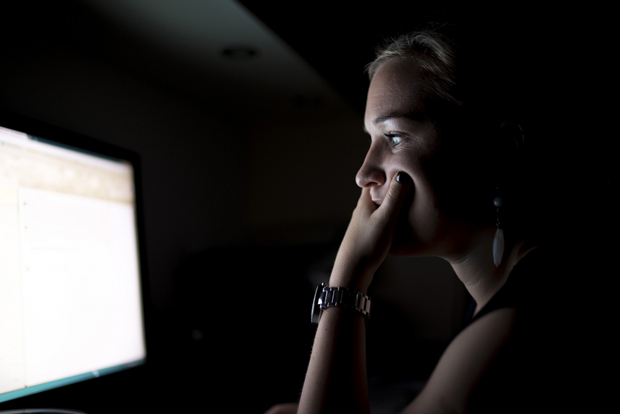 Female journalists and bloggers are increasingly being singled out and fiercely attacked online. (Photo: OSCE)

In a new online column for Index on Censorship, Dunja Mijatović, OSCE Representative on Freedom of the Media, discusses relentless attacks on women journalists, and the impact on their lives.

No job comes without sacrifices, but how many downgrading comments, criticism or even threats can one person take before it becomes too much?

Just consider the experiences of a female journalist that I know:

Imagine being forced to shut down your accounts on social media platforms because of such massive attacks with detailed images of rape and other forms of sexual violence.

At one point, you would probably be inclined to ask yourself if it is really worth it. Is this a career I want to continue to pursue?

In the past few years, more and more female journalists and bloggers have been forced to question their profession. Male journalists are also subject to hate speech and online abuse, but research findings suggest that female journalists face a disproportionate amount of gender-based threats and harassment on the internet. They are experiencing what Irina Bokova, director-general of UNESCO, has described as a “double attack”: they are being targeted for being both a journalist and a woman.

How do these attacks affect female journalists’ lives, their work and society in general? Journalists are used to being in the frontline of conflict and they often deal with difficult and even dangerous situations. But what if you cannot shield yourself from these threats? What if the frontline became your own doorstep, your office or your computer screen?

Not only do these kinds of attacks cause severe physiological trauma for journalists and their families, but by constantly being singled out and targeted with abusive comments, many female journalists may re-evaluate the issues they choose to cover. In this way, such attacks pose a clear and present threat to free media and the society as a whole.

Online abuse must be dealt with within the existing human rights framework, with governments committed to protecting journalists’ safety and addressing gender discrimination. Governments must ensure that law enforcement agencies understand the severity of this issue and are equipped with the necessary training and tools to more efficiently investigate and prosecute online threats and abuse.

We have to acknowledge that online threats are as real and unacceptable as threats posed in the offline world. The landmark resolution 20/8 on internet freedom adopted by United Nations Human Rights Council in 2012, affirmed that “the same rights that people have offline must also be protected online, in particular freedom of expression”, and set out a clear path in this respect.

The responsibility to counter online abuse of female journalists does not solely rest with law enforcement agencies, however. The broader media community itself also plays an important role. One of the challenges facing media outlets is how to improve quality of content moderation without invoking censorship.

Sarah Jeong, lawyer, journalist and author of The Internet of Garbage, provides proper context, “moderation paradoxically increases the number of voices heard, because some kinds of speech chills other speech. The need for moderation is sometimes oppositional to free speech, but sometimes moderation aids and delivers more free speech”.

Media outlets need to address the current structures and strategies in place that provide support and relief to journalists who face online abuse. A recent survey of female journalists in the OSCE region carried out by my office suggests that employers’ awareness and active involvement in dealing with these issues is of crucial importance. Unfortunately, the survey also indicated that media outlets are not as involved as they should be.

International organisations should also dedicate resources to tackle this issue, given their widespread reach and vast partnership networks. UNESCO’s work on gender-related aspects of journalists’ safety serves as a good example. In their recent report Building Digital Safety for Journalists, online abuse of female journalists was rightly pointed out as one of the main challenges in building digital safety.

This year I have tried to use my mandate and tools given to me as the OSCE Representative on Freedom of the Media to get the OSCE participating states involved. We need to realize that different stakeholders face different challenges, but that each stakeholder’s involvement is a crucial piece of the puzzle in identifying solutions.

To further the discussion on protection of female journalists in the OSCE region, on 17 September my office will host a conference, New Challenges to Freedom of Expression: Countering Online Abuse of Female Journalists, to provide a platform for discussions on best practices and recommendations on combating this dangerous trend. The event will be streamed live on osce.org and will feature presentations by high-level experts from all over the world.

This column was posted on 27 August 2015 at indexoncensorship.org