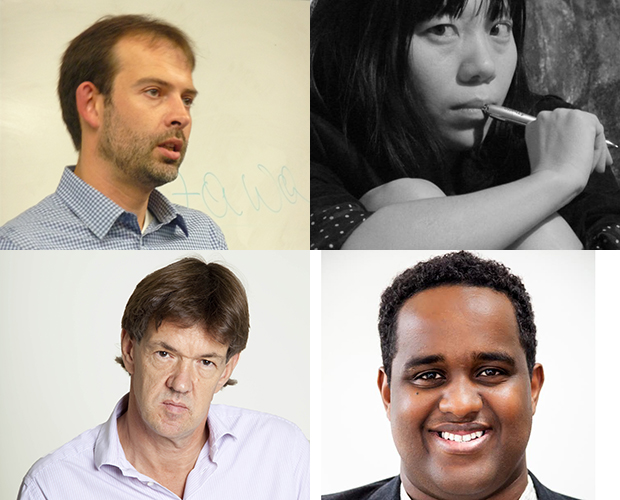 If you want to learn how bananas helped a journalist smuggle banned magazines into eastern Europe, or how information was passed around via lipstick in Pinochet’s Chile, then join Index on Censorship for the launch of Spies, secrets and lies – our latest magazine featuring stories of censorship and ingenious efforts to evade it.

Expect a lively evening exploring censorship old and new, hear some stories of heroic stands for free expression shared for the first time in the latest magazine, and debate with us what the future of censorship might look like.

From China’s new security laws and South Korea’s new smartphone spies to Eritrea’s agents and the new fighters for free expression online. Where and what are the challenges today and how do they compare to the past?

With an introduction by Stephen Grey, journalist and author of The New Spymasters.

Index on Censorship is one of the world’s leading defenders and supporters of the right to free expression internationally.

More on the speakers:

Stephen Grey is an award-winning British investigative journalist and author, perhaps best known for uncovering the CIA’s program of ‘extraordinary rendition’. His latest of three books, The New Spymasters, looks at spying in the digital age and how it has changed since the Cold War. The London-based reporter has also reported from conflicts in Kosovo, Iraq and Afghanistan and covered the subjects of national security, terrorism and security agencies extensively.

Xiaolu Guo is a fiction writer, filmmaker and political activist. Her award-winning works include Village of Stone, I Am China, and the acclaimed film She, a Chinese. Guo, named one of the ‘Best of Young British Novelists’ by Granta Magazine and an outspoken critic of communist oppression in China, has developed her own unique vision of the country’s past and globalised future.

Robert McCrum is an associate editor of the Observer. For nearly 20 years he was editor in chief of the publishing firm of Faber and Faber and is co-author of the Story of English as well as six highly acclaimed novels: In the Secret State, A Loss of Heart, The Fabulous Englishman, Mainland, The Psychological Moment, and Suspicion. He was the literary editor of the Observer from 1996 to 2008, and has been a regular contributor to the Guardian since 1990.

Ismail Einashe is a freelance journalist, researcher and an associate editor at Warscapes, a foreign affairs magazine. He has worked for national and international media including Prospect, the Guardian and the BBC since he first came to the UK as a child refugee.

One response to “13 Oct: Spies, secrets and lies”