NEWS
Interview: Johanna Schwartz on her new film about the bravery of Malian musicians

Filmmaker Johanna Schwartz talks to Josie Timms about her new film, They Will Have To Kill Us First, which looks at how musicians in Mali fought back against extremists banning their profession 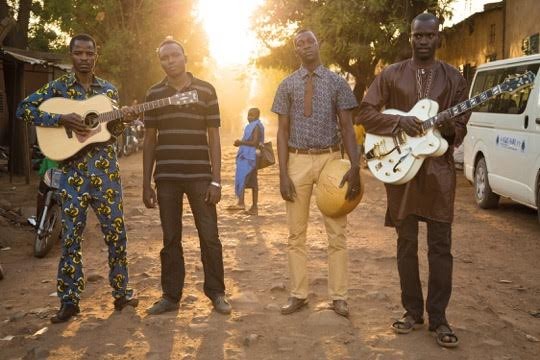 Index on Censorship has teamed up with the producers of the award-winning They Will Have To Kill Us First for the launch of the Music in Exile Fund to support musicians facing censorship globally.

In 2012, Muslim extremist groups captured northern Mali, implemented sharia law and banned all music. Musicians’ instruments were destroyed and even musical ringtones were prohibited. They Will Have To Kill Us First: Malian Music In Exile tells the stories of the Malian musicians who fought back and refused to have their music taken away.

The film’s director, Johanna Schwartz, told Index on Censorship about the bravery of the musicians and the current situation in Mali.

“I’ve always been extremely interested in Africa,” Schwartz said. “When I heard that music had been banned I got on an airplane and went.” She didn’t decide there and then to make the film, but as the story affected her, she had started working on one without realising it. “It’s one of those stories that just shocks your soul.”

It was also the general lack of knowledge about what was going on in Mali that encouraged Schwartz to make the film. “The rise of extremism in Africa is quite confusing. People aren’t really sure why, where or to whom it’s happening,” Schwartz said. “The rise of extremism in Mali and west Africa is something that we all need to know a lot more about, and, in a way, the film doesn’t even begin to cover it.”

Telling the story through the eyes of musicians was a way to humanise some of the headlines that people had been reading about.

Since Schwartz started making the documentary the situation in Mali has seen some promising changes, but the future is still very much uncertain for the country’s musicians. “When I started there were three extremist groups in control of the entire north of the country. Then the French army came in and took the north back on behalf of the Malian government,” she explained. “The French intervention wasn’t entirely successful in eradicating the extremist groups and while they aren’t in control of the north anymore, they’re still staging attacks and musicians are still incredibly fearful. Life is definitely not back to normal.”

Music plays a huge role in Malian society. Disco, a musician featured in the film, discusses how music is a way to teach morality and to get your message across, whether it be about health, beauty, education or politics. Many believe the importance of mucic to everyday life in Mali is why it was attacked so specifically.

Schwartz added that getting to know the musicians while following their journey was the best part of making the documentary. “I am always incredibly appreciative when you go out and meet strangers and they trust you, invite you into their life and share with you everything that they’re experiencing.”

“I’m in awe of the bravery of all of these musicians. It’s been incredible to be with them as they’ve gone through this,” she said. “They all had a great deal to say about what’s happened in Mali and they all represent different aspects of life there since the music ban.”

Schwartz wants the film to open people’s eyes. “There’s a lot that can be done with this film in terms of widening people’s perspectives, especially in places like France and the US where there are a lot of anti-Muslim feelings right now. Just like 98% of people in Mali, every single person in this film is Muslim, and a lot of people don’t realise that these extremist groups are attacking people who are already Muslim.”

Despite the serious issues in the film, which will be screened in UK cinemas in October, Schwartz hopes it will have a positive impact on people: “Even though this is a film about conflict, war and censorship, it’s ultimately hugely uplifting and inspirational. People can come out of it feeling quite positive about the impact these musicians are having.”