Russia's vague laws, which see actions deemed insulting to religious beliefs punishable by up to three years in jail, have led to more censorship and self-censorship in all forms of journalism 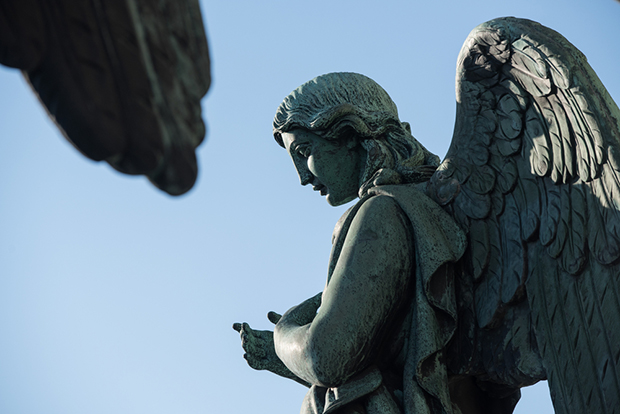 Since the amended blasphemy law came into force in July 2013, Russian journalists have faced a growth of religious censorship. This is according to a new study by Zdravomyslie, a foundation that promotes secularism.

Insulting religious beliefs of citizens was previously regulated by the Code of Administrative Offences and punishable by a fine not exceeding 1 thousand roubles (around $15). But after the scandal of the punk-prayer of feminist group Pussy Riot, who were sentenced to two years in jail for a performance in the Moscow’s Cathedral of Christ the Saviour in 2012, the Russian parliament adopted amendments that criminalised blasphemy.

Since July 2013, “public actions, clearly defying the society and committed with the express purpose of insulting religious beliefs” has been declared a federal crime and is punishable by up to three years in jail.

Evgeniy Onegin, a Zdravomyslie researcher, said that the imprecise wording of the law and stricter punishments have affected media freedom and resulted in a growth of self-censorship among journalists. His report Limitation of Media Freedom as a Consequence of the Law About Protection of Feeling of Believers was presented at a conference in Moscow at the end of October.

Onegin interviewed 128 employees of dozens of media organizations, including a major national television channel, radio stations, newspapers and websites. The majority, 119, said that after the revised blasphemy law came into force, managers told them not to mention religions, religious problems, traditions and “different manifestations of unbelief”. Some media organisations even prohibited usage of words “God”, “Allah” and “atheist” in headlines.

A journalist at a sports news website told the researcher that censorship had extended to idioms. For example, headlines “Hulk has talent from God” (about a Brazilian forward playing for Zenit Saint Petersburg football club) and “God’s hand helped Maradona” (about the score of the Argentinian forward at the World Cup in Mexico in 1986) were corrected to exclude the word “God”. The second headline was corrected a long time after publication because editorial staff decided to check archived articles.

Media professionals involved in a production of entertaining content also faced censorship. For example, a respondent working for a sketch show told Onegin about a ban on jokes containing phrases like “God will forgive you” or “you are definitely descended from a monkey”.

However, exceptions to the general policy of avoiding religious issues were made for Orthodox Church, which was confirmed by over the half of all respondents. For example, a journalist working for a national television channel said that her colleagues were told not to show “non-traditional for Russia religious symbols and signs”. However, the term non-traditional was not specified, so journalists started to avoid showing any religious objects, except those associated with the Orthodox Christianity.

The authors of the report presented a list of the most undesirable topics, which according to the respondents are potentially violations of the law. First place went to protest actions against the Orthodox Church (according to 84% of respondents), the second was atheism and unbelief (49%) and third place was coverage of religious events (23%).

The researcher came to conclusion, that the new blasphemy law and political, social and cultural conditions formed around it “have had a serious impact on media organisations, limiting freedom of speech and indirectly turning them into an instrument of a dominating religious organisation – Russian Orthodox church” and prevent audience of Russian media from getting an objective picture of civil society.

However, pressure on the press in Russia comes from other religions too. In January 2015, tens of thousands people gathered at a rally against French magazine Charlie Hebdo’s cartoons of the Prophet Mohammad in Grozny, the capital of predominantly Muslim Chechnya region. Kremlin-backed Chechen leader Ramzan Kadyrov not only accused European journalists in “insulting feeling of believers”, but also threatened those in Russia who supported Charlie Hebdo, including editor-in-chief of Echo of Moscow radio station Alexey Venediktov and former oligarch and vocal Kremlin critic Mikhail Khodorkovsky.

Earlier, the Chechen prosecutor’s office opened one of the first cases under the article 148 of Criminal Code, the renewed blasphemy law. In April 2014, a user of Live Journal was accused of “negative comments, expressing clearly disrespect for society and containing insulting remarks against people practicing Islam”. It was one of a few blasphemy cases that were opened in 2013-2014. However, in 2015 the use of article 148 of Criminal Code has stopped being a rareness.

In February 2015, another citizen of Chechen Republic was accused of insulting feelings of believers by posting a video on social networks. Also in February, the Investigative Committee began an initial inquiry into Tangazer opera staged in Novosibirsk theatre. In March, the first blasphemy case was opened in Ural region. In April, a user of the largest European social network, the St Petersburg-based VKontakte, was accused of insulting feelings of believers in his comments. At the end of October, VKontakte MDK was blocked by a St Petersburg court decision because it contained content that “insult feelings of believers and other groups of citizens”.

The imprecise wordings of the law and a wide range of its possible interpretations has arisen concerns of human rights activists. The several online campaigns were started to collect signatures under a petition calling for a repeal of the blasphemy law, but all of them failed to gain more than two thousand signatures.

This is one of a series articles on Russia published today by Index on Censorship. To read about the difficulties faced by Russia’s regional media in the face of growing political power, click here.