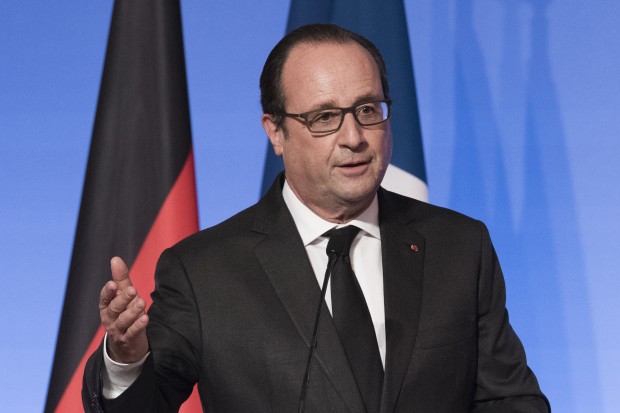 Even before the attacks on Paris on 13 November were over, French President Francois Hollande declared a nationwide state of emergency giving authorities additional powers in the name of protecting citizens and combatting terrorism. But since the attacks, concerns have been raised for press freedom prompted by the cancellation of a regular radio segment by journalist Thomas Guénolé.

A few days after the events of 13 November, Guénolé devoted his daily morning commentary piece on RMC radio to what he perceived as the failings of the French security services and police. On the same day, the Interior Ministry called Philippe Antoine, RMC managing editor, to demand the radio station air a corrective to points Guénolé discussed during his segment, which the ministry would pen. “Interestingly, the corrective was not going to appear as a corrective emanating from the Interior Ministry but as the correction of an inaccurate information emanating from RMC,” Guénolé told me.

The proposed corrections were in relation to Guénolé’s discussion of claims reported by various news outlets, including that France had known since August 2015 that IS planned to attack a rock concert in France and that Turkish authorities had warned France twice this year about Omar Ismaïl Mostefaï, one of the assailants of the Bataclan massacre.

Guénolé called for a parliamentary investigation which should, if these claims were true, prompt the resignation of the highest ranking French officials, including Bernard Cazeneuve, France’s Minister of the Interior.

Guénolé also repeated information published by La Lettre A, which claimed only three out of 50 members of the Parisian Brigade de recherche et d’intervention (an anti-gang unit, which is to intervene in hostage situations) had been on duty after 8pm on the night of the attacks. On 19 November, the special adviser to France’s interior minister, Marie-Emmanuelle Assidon, took to Twitter to say the information contained in La Lettre A was false but recognised she had not read the article. “[N]o one but Thomas Guénolé trusts your info,” she added in her tweet.

“I have repeatedly asked Place Beauvau for a denial,” Marion Deye, editor at La Lettre A, told me. “I haven’t had one.” Neither have Le Monde or the AFP, also quoted by Guénolé.

“We published a very factual piece of news on the Monday following the attacks, at a time when any type of criticism was not welcome,” Daye said. “However, what we published was not a criticism, just a report. The most absurd thing in this whole story is that no one knows what Place Beauvau denied when they spoke to RMC. I think what was really problematic for some was that Guénolé brought up the resignation of Cazeneuve.”

On Friday 20 November, Guénolé was informed that his daily column was cancelled. In an email, the RMC managing editor wrote: “The Interior Ministry and all the police services invited on air have refused to appear on RMC because of inaccuracies in your column. Most sources of our police specialists have gone silent since Tuesday, putting in jeopardy the work that our editorial team does to find and verify information.”

Guénolé described the actions against him as both a “boycott” and an “embargo”.

“One would expect a media outlet to back up its journalist and not to have too strong a dependency vis-à-vis institutions,” he said. “My particular case doesn’t matter so much. What is unacceptable is that the Interior Ministry seems to have pressured RMC because they were displeased with what a journalist said on air in the context of the state of emergency.”

The firing of Guénolé happened on the on the same day the Assemblée Nationale voted to extend the state of emergency from 12 days to three months. Measures to control the press were initially proposed by 20 socialist MPs led by Sandrine Mazetier on the basis that the coverage of the January 2015 attacks in Paris – especially by news channel BFM-TV – had endangered the life of hostages who were hiding in a Hyper Casher supermarket. Such a measure would be highly problematic. As Mathieu Magnaudeix, a journalist with the investigative website Mediapart, put it to me: “If we were to end up with an authoritarian power, which by now doesn’t seem to be out of the question, what could they do with a law that allows the control of the press?”

Thankfully, the press control measures were later dismissed and it was made clear that even Hollande was strongly opposed. Regardless, it is apparent journalists still aren’t safe.

The proposed law does, however, extend and harden house arrests that are allowed under a state of emergency, enables members of the police force to carry their weapons while off duty, gives stronger powers to the authorities to carry police searches that are not approved by a judge. While these cannot be carried out in the workplace, police searches can take place at the house of an MP, lawyer, a judge or a journalist.

This kind of anti-terror legislation, as we have seen in the UK, could have further negative consequences for journalists covering terrorism.