Take action: Support the appeal by signing the petition in English, Turkish or French 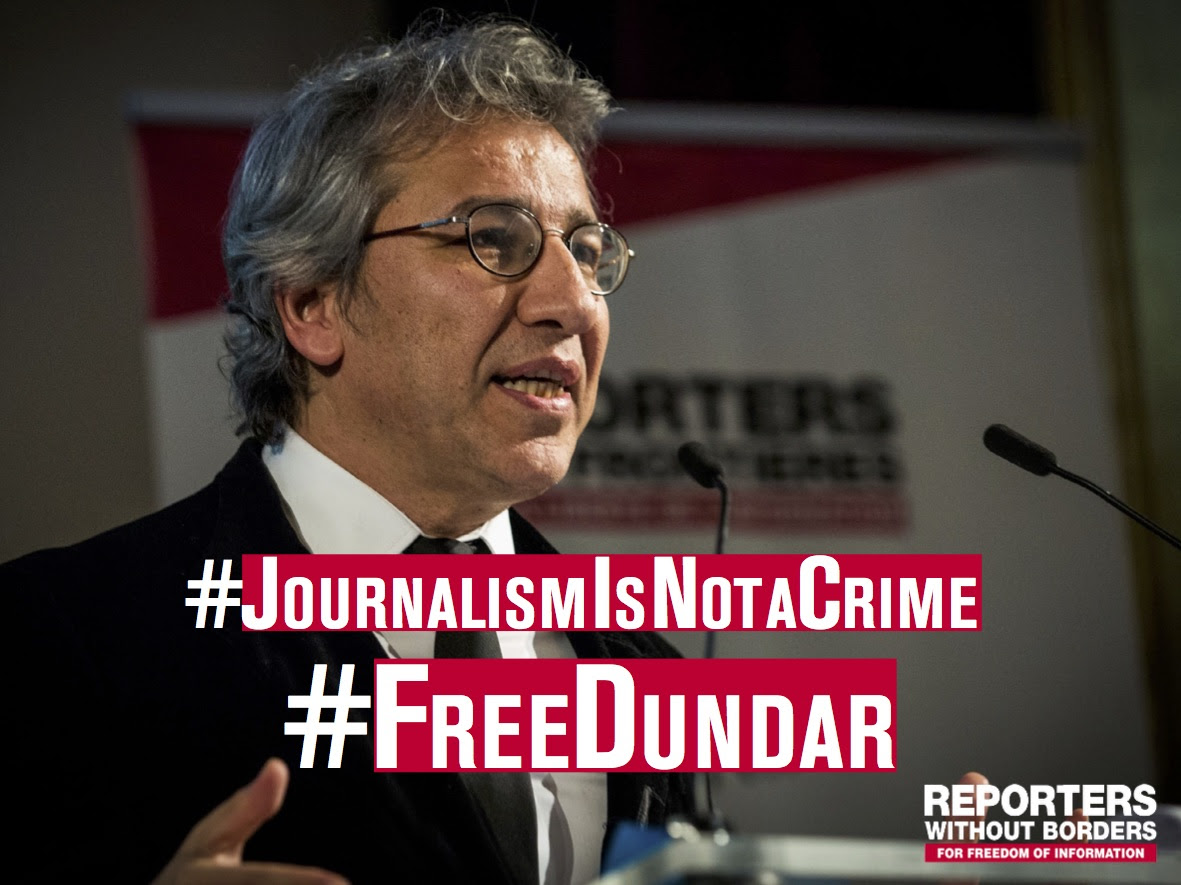 First as prime minister and now as president, Recep Tayyip Erdogan has been waging a methodical crackdown on the media in Turkey for years. Erdogan is persecuting journalists of all colours in an increasingly ferocious manner in the name of combatting terrorism and defending state security. The Erdogan regime’s arrests, threats and intimidation are unworthy of a democracy.

Can Dündar, the editor­-in­-chief of the Turkish daily Cumhuriyet, and his Ankara bureau chief, Erdem Gül, have been held since the evening of 26 November. They are charged with spying and terrorism because last May they published evidence of arms deliveries by the Turkish intelligence services to Islamist groups in Syria. Both are exemplars of journalism, the search for truth and the defence of freedoms. President Erdogan publicly said that Dündar “will pay for this.” But Cumhuriyet’s journalists just did their job, publishing information that was in the public interest.

At a time when international terrorism is at the centre of everyone’s concerns, it is unacceptable that political prosecutions are used to suppress investigative reporting and exposés. The arrest of these two journalists is the latest extreme to which political use of the Turkish judicial system has been taken. Many journalists have been detained on spurious charges of terrorist propaganda and insulting President Erdogan. The regime has also been using economic levers to put growing pressure on the media, while draconian laws have been passed.

We, public figures, media freedom NGOs and unions, reject the blatant erosion of media freedom in Turkey. The country is ranked 149th out of 180 countries in the Reporters Without Borders press freedom index. Index’s Mapping Media Freedom project has recorded 178 verified reports of media violations since May 2014.

We appeal to the Turkish authorities to free Can Dündar and Erdem Gül without delay, to drop all charges against them, and to free all other journalists who are currently detained in connection with their journalism or the opinions they have expressed.

We also urge the institutions and governments of democratic countries to face up to their responsibilities to respond to President Erdogan’s increasingly authoritarian excesses.

Take action: Support the appeal by signing the petition in English, Turkish or French