On the eve of G20 summit, Vladimir Putin was praising the "independent position" of Russia's "partner" Turkey. Ten days later, the rhetoric had changed dramatically 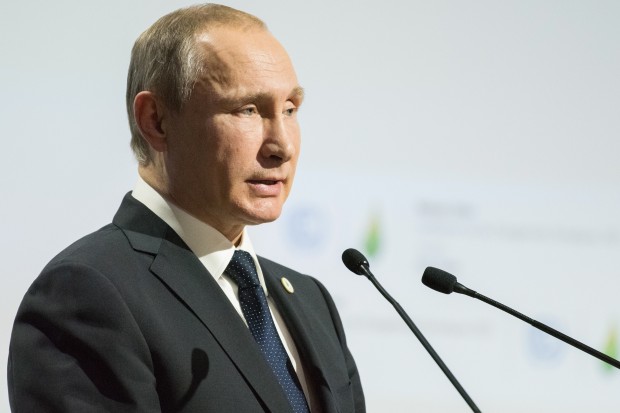 Before 24 November, Turkey was described in Russian news reports as a reliable partner in ambitious projects (TurkStream pipeline, construction of Sochi’s Olympic venues), a source of fruits and vegetables in a period of European food embargoes and Crimea blockade, and one of the main tourist destinations, visited annually by over three million Russians.

But after the downing of the Russian fighter jet, Turkey became the target of a new information war. Reports on estimated growth of turnover and perks at Turkish resorts in Russian state-run media were replaced by a long list of accusations.

Dmitry Kiselev, the head of a state international news agency Rossiya Segodnya and the anchorperson of a weekly programme Vesti Nedeli accused Turkey of buying oil from the Islamic State, exporting carcinogenic vegetables to Russia and trying to revive the Ottoman Empire. Vladimir Soloviev, a popular anchorperson on television channel Rossiya 1, labeled Turkey a sponsor of terrorism.

All media platforms, directly or indirectly controlled by the state, were used in the construction of an image of a new enemy. The past was revised by articles, recalling a long history of Russian-Turkish wars and crimes of the Ottoman Empire. The future was programmed by analysing chances in a possible third world war. Coverage of current affairs has become far from unbiased. News selection has been focused on demonstration of Russia’s sanctions effects and Turkey’s internal problems — oppression of journalists, a growth of child marriage and crime.

After weeks under information attack, on 3 December, Turkish Prime Minister Ahmet Davutoglu dismissed the allegations by Russian media as “lies of this Soviet-style propaganda machine”.

“In the Cold War period, there was a Soviet propaganda machine. Every day it created different lies. Firstly, they would believe them and then expect the world to believe them. These were remembered as Pravda lies and nonsense,” he said.

Days later the Russian state news agency RIA Novosti proved his point by using a classic Soviet propaganda trick. In an op-ed that called Davutoglu “Reich Minister”, RIA Novosti compared the new enemy to the old by appealing to one of the most loathed images for all Russian people since the WWII – Nazi Germany.

This method, as with many others used against Turkey, has been tested and mastered during the Ukrainian crisis. Maidan activists, who later became a new elite of the country, were also labeled by Russian television channels as “fascist nationalists” and “extremists”. The technology of information war, the main propaganda mouthpieces and the image of the enemy remain the same.

On 7 December, Russian Public Opinion Research Center (VTsIOM) published the results of its survey, saying that 73% of Russian population have changed their attitude to Turkey to the worse since the downing of Su-24.

VTsiom, whose director admitted that the main clients of the center are the Kremlin and the ruling party United Russia, has been criticised for manipulation. The results of the survey are symptomatic. If the data is correct, it demonstrates that anti-Turkey propaganda works very well. If the results were rigged in favour of the Kremlin’s agenda, it shows the desirable goal of the information attack.

The day after, on 8 December, a film crew from Russia’s state television channel Rossiya 1 was detained in the Turkish province of Hatay, close to the Syrian border, and deported from the country because of “violations of regulations of work of foreign journalists in the Turkish Republic”. The Ministry of Foreign Affairs of the Russian Federation responded with harsh critiques, accusing Turkey of “a series of infringements of the rights of local and foreign journalists”.

However, in a communique by OSCE Representative on Freedom of the Media on propaganda in times of conflicts, published last year in reference to a similar case related to the Ukrainian crisis, Dunja Mijatović made it clear that censoring propaganda is not the way to counter it. The best way to neutralise propaganda is balance and accuracy in broadcasting, independence of media regulators, prominence of public service broadcasting with a special mission to include all viewpoints, a clear distinction between fact and opinion in journalism and transparency of media ownership.

A similar view was expressed in a speech by Agnès Callamard, the former executive director of ARTICLE 19, delivered at UN Headquarters in December 2014.

“Hatred needs and is fed by censorship, which, in turn, is needed to nurture incitement to the actual commission of atrocity crimes. The lesson is clear: In our efforts to prevent mass atrocities, the free flow of information and freedom of expression are ultimately are our key allies – not our enemies.”