Around 80 individuals were reportedly under surveillance, including the families and lawyers of journalists writing about the "tape scandal", Mapping Media Freedom correspondent Martha Otwinowski reports 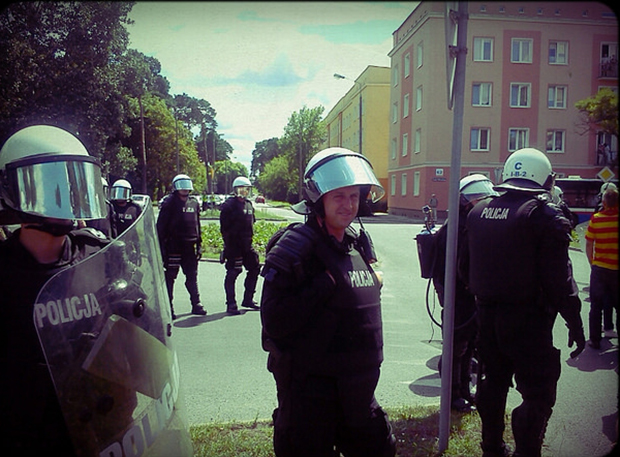 A recent audit by the bureau of internal affairs (BSW) has uncovered two informal press surveillance units of the Polish police that were set up to monitor journalists in connection with the “tape scandal” for one year between 2014-15.

The “tape scandal” refers to a series of secretly recorded conversations between leading political figures that occurred at a well-known restaurant in Warsaw.

As the daily Rzeczpospolita reveals, the surveillance units, made up of 29 policemen, were quickly formed following the publication of recordings of conversations in 2014. One of the units oversaw the tapping and infiltrating the journalists and their contacts while the second looked into whether secret services (ABW and CBA agencies) were at the root of the affair.

According to the weekly Newsweek Polska, around 80 individuals were allegedly under surveillance, including the families and lawyers of journalists reporting on the affair.

While the list of individuals watched by the police remains unpublished, it appears that Piotr Nisztor, who brought the taped conversations to light, as well as the wife of Sylwester Latkowski, the then-editor-in-chief of the weekly Wprost, are among them.

The internal audit by the BSW was ordered by Zbigniew Maj, the new head of the department.

The Association of Polish Journalists (SDP) issued an appeal to the minister of internal affairs, Mariusz Błaszczak, for a continued investigation and preventive measures for the future.

While the surveillance in question undoubtedly took place during the PO Civic Platform party term of office (a party now in opposition), increased police power is something the new government seemingly welcomes: on 15 January, the PiS Law and Justice Party-dominated parliament approved legal changes that include the widening police powers for surveillance.