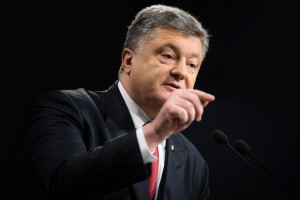 Since October 2015, Index on Censorship’s Mapping Media Freedom project has recorded a total of 40 verified violations against press freedom in Ukraine, six of which took place in Crimea. Of these reports, 17 included a physical assault or an attack to property, showing just how unsafe the country is for many media workers. To break this number down further, seven violations were physical attacks on journalists only, six were solely damage to journalists’ property and four included a mix of both.

“State and non-state actors alike are undermining the freedom of the press in Ukraine, including Crimea,” Hannah Machlin, Index’s Mapping Media Freedom project officer, said. “Clashes in the eastern region of the country, along with blocked access to local government meetings, frequently incite threats against media workers, including arrest, harassment, violence and even death, all of which set a disturbing precedent for the country as a whole.”

The media in Ukraine may be protected in theory by laws that allow access to information and the increased independence of the broadcasting regulator, but as Mapping Media Freedom shows, this isn’t so much the case in practice.

Below, Index on Censorship details just 10 of the verified incidents since October 2015, highlighting the problem of violence — from the police and politicians to far-right extremists and unidentified assailants — and damage to property against media workers in Ukraine.

Source: Mapping Media Freedom, Index on Censorship’s joint project with European Federation of Journalists and Reporters Without Borders to monitor censorship and violence against journalists in Europe.