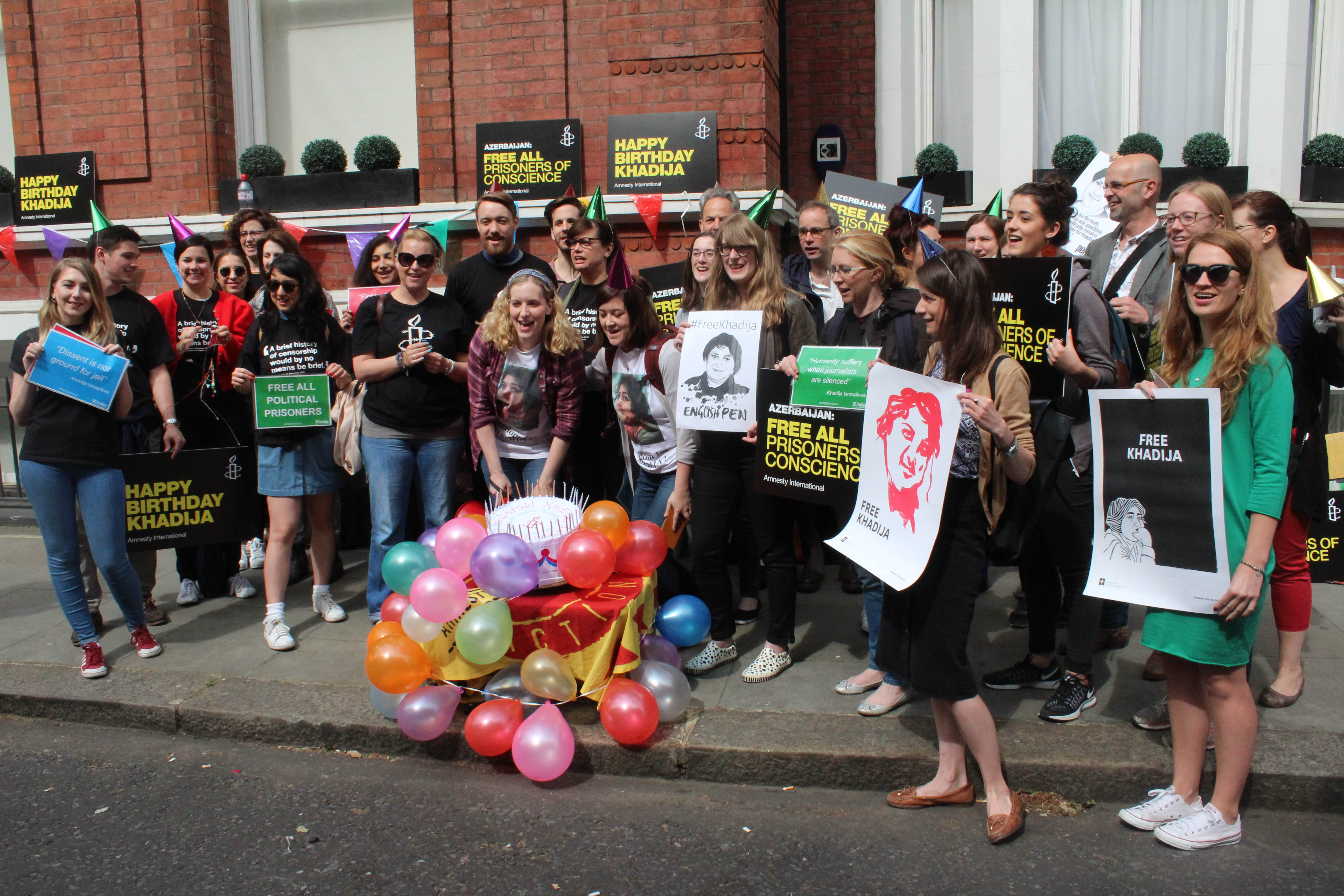 Azerbaijani investigative journalist Khadija Ismayilova may have been released from prison on Wednesday, but two trumped-up charges against her — illegal entrepreneurship and tax evasion –remain. Her seven-and-a-half-year jail sentence has only been reduced to a three-and-a-half-year suspended term and she isn’t free to leave the country.

Today is Ismayilova’s 40th birthday and to mark the occasion, protesters gathered at 40 different demonstrations from around the world, not just to celebrate, but to call for all charges against her to be quashed. Index joined other members of the Sports for Rights coalition at the Azerbaijani embassy in London (see above).

“Let’s take a moment to celebrate the work that’s been done by this remarkable woman,” Rebecca Vincent, the co-ordinator of the Sport for Rights campaign, told demonstrators.

Currently, around 70 political prisoners — including journalists, bloggers, activists and religious followers — sit in Azerbaijani jails, and Vincent called on protesters to sustain their focus on all of them. “That’s what Khadija has asked for for her birthday,” she said.

Seymur Hezi is an Azerbaijani journalist serving a five-year prison sentence on charges of “aggravated hooliganism”. Hezi, who contributed to the Index on Censorship Freedom of Expression Award-winning newspaper Azadliq, was sentenced on 29 January 2015. He was arrested on 29 August 2014 following an altercation in which the journalist was defending himself from a physical assault and harassment, according to his lawyers. “His case doesn’t get enough international attention, possibly because he is not an English speaker and not well networked,” Vincent said.

Other political prisoners include Ilgar Mammadov, the opposition politician who leads Azerbaijan Republican Alternative Movement, who has been in jail for over three years, and Ilkin Rustemzade, the activistt originally jailed following his Harlem Shake video filmed in Baku.

On the same day Ismayilova was released, two more political prisoners, a youth activist and a journalist, were arrested. 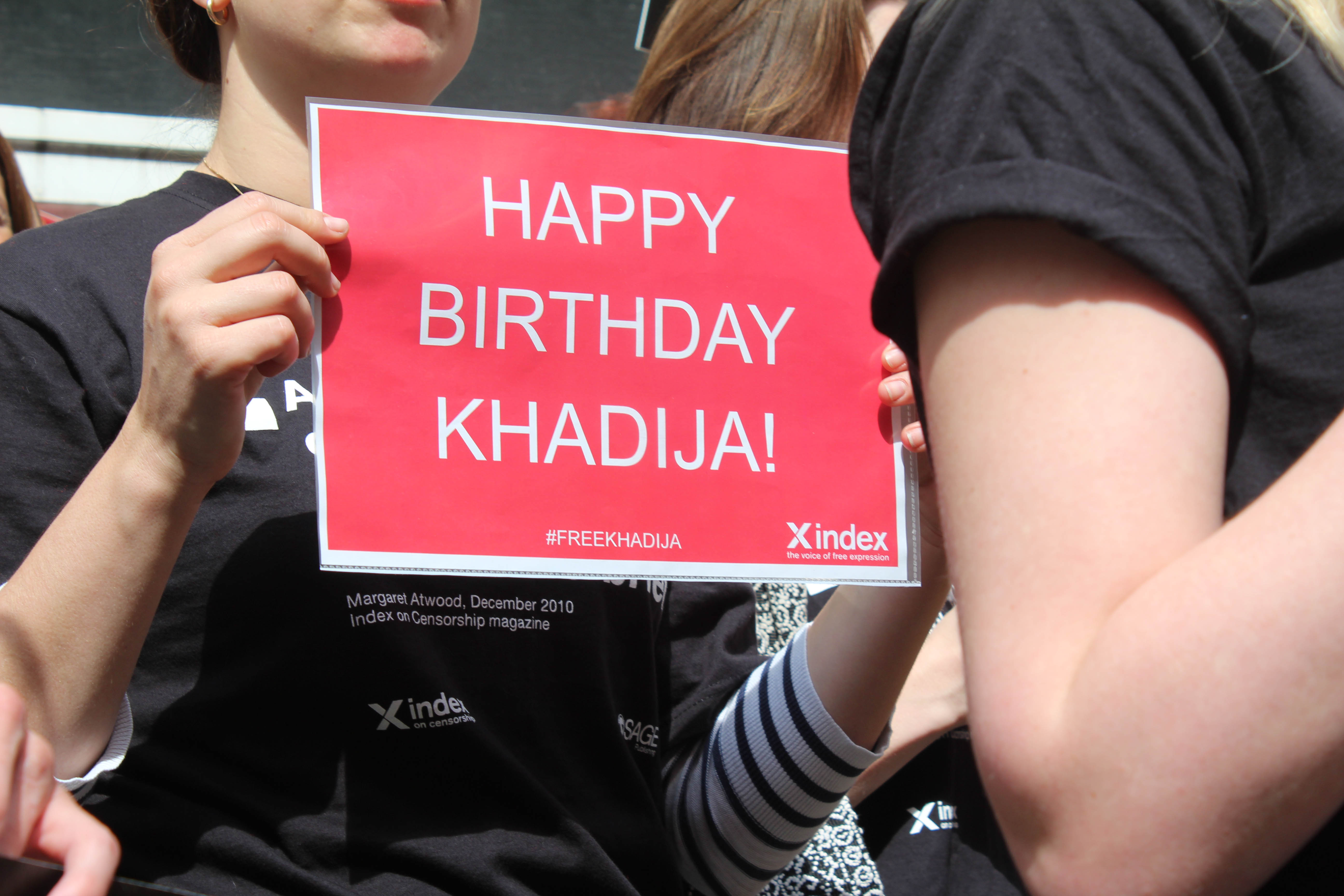 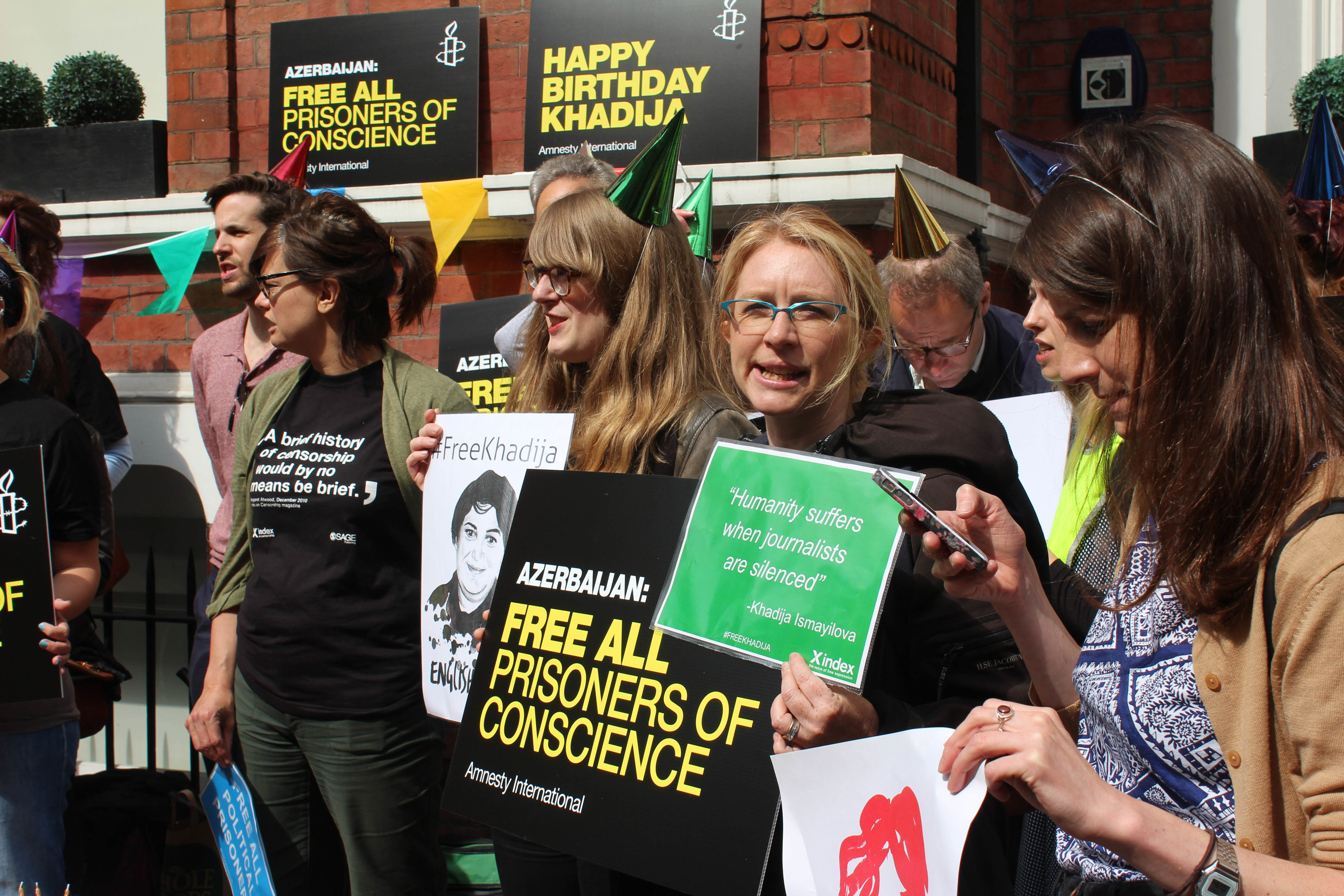 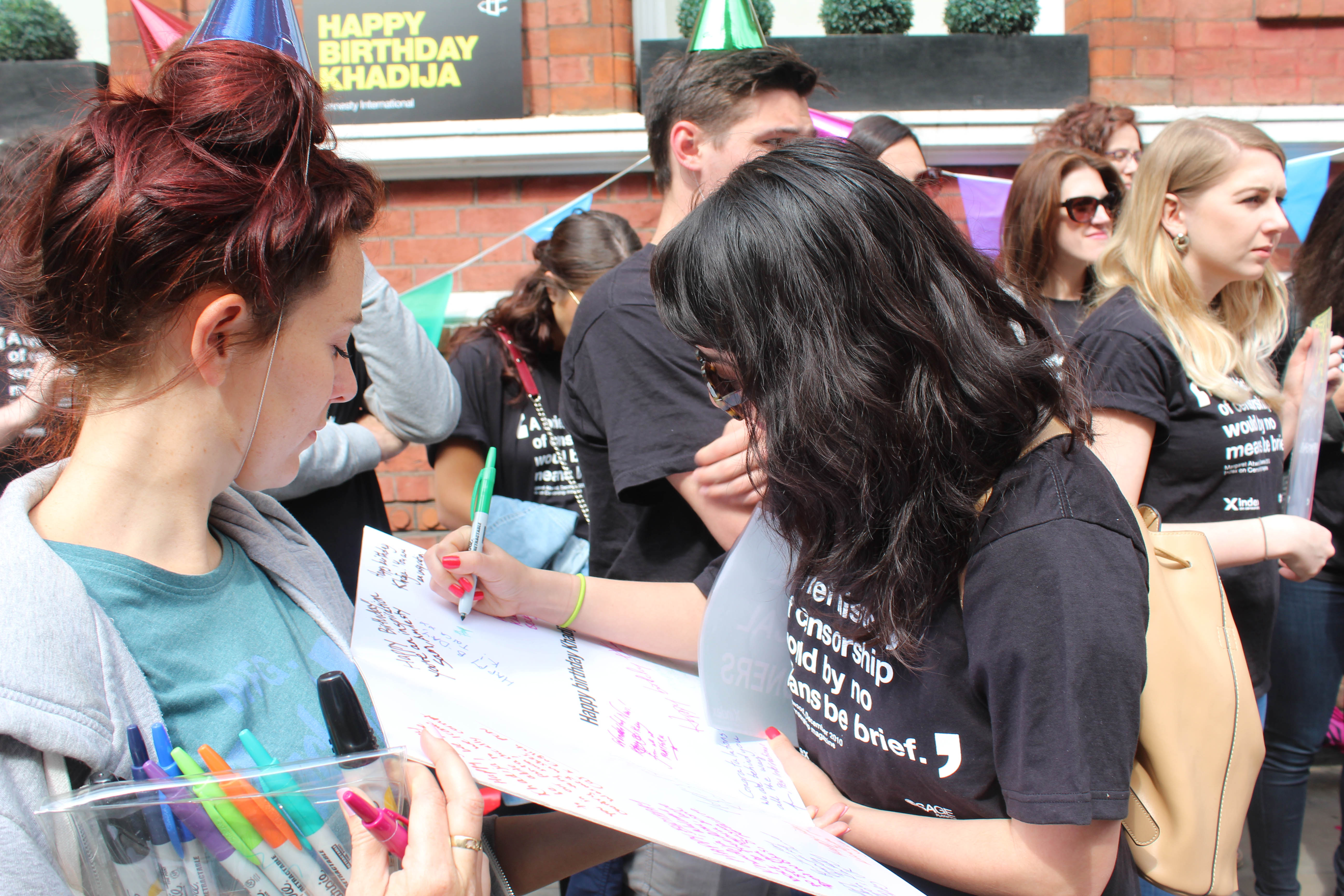 Many more protests took place today. Here are some of them:

The #RSF team is celebrating #Khadija‘s birthday in front of the #Azerbaidjan Embassy. Happy bday! https://t.co/h7YEhlEvaV