On 7 October 2006 investigative journalist Anna Politkovskaya was shot and killed in her apartment building in Moscow. In the latest issue of Index on Censorship magazine, Russian journalist Andrey Arkhangelsky reflects on Politkovskaya’s legacy 10 years on and looks at the state of journalism in the country today.

Politkovskaya, who worked for newspaper Novaya Gazetta, was known for her investigative reporting, particularly looking into the atrocities committed by Russian armed forces in Chechnya, and her criticism of the Putin administration.

She was a recipient of an Index on Censorship Freedom of Expression Award in 2002.

Ahead of the anniversary of her death, Index has compiled a reading list of articles written for the magazine both by Politkovskaya and about her. The collection also includes articles exploring media freedom in Russia and why the deaths are Russian journalists seem to go unnoticed and uninvestigated. 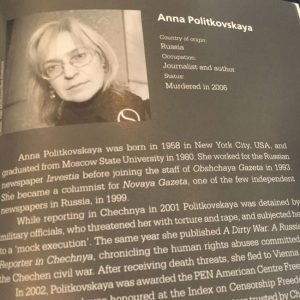 From The Cadet Affair: the Disappeared; an extract, written by Anna Politkovskaya, was published in the winter 2010 issue of Index on Censorship magazine

From The Cadet Affair: the Disappeared

In 2010 Index published this extract from Nothing But the Truth: Selected Dispatches, a collection of Politkovskaya’s best writings. In this piece, she writes about the disappeared in Chechnya.

An interview with Politkovskaya who, at the time of publication, was living in Vienna, having been sent there for her own safety by Dmitry Muratov, editor-in-chief of Noveya Gazetta, after receiving threats from high-ranking officials who had been annoyed by her reports from Chechnya.

Irena Maryniak considers the hidden network of relationships that continue to shape Russian society, undermine the rule of law and protect the status quo. In this article Maryniak highlights Politkovskaya’s concerns of the effects of the Kremlin’s reach and her work reporting on the atrocities inflicted on the Chechen population by the Russian armed forces and the Russian-backed administration of Akhmad Kadyrov. 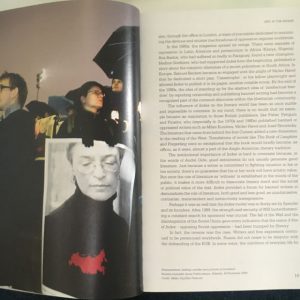 Grit in the engine by Robert McCrum, in the 40 year anniversary issue of Index on Censorship magazine.

Maria Eismont talks to Dmitry Muratov, editor of the newspaper Novaya Gazeta, at which Politkovskaya spent seven years as a journalist, about his struggle for press freedom and justice in Russia.

In this article Joel Simon, of the Committee to Protect Journalists, discusses how impunity is an urgent issue facing press freedom campaigners; and, after reflecting on Politkovskaya’s murder, outlines a roadmap for action

Edward Lucas explains how during Putin’s presidency media freedom has moved from the imperfect to the moribund, in an adaption from his book The New Cold War: how the Kremlin menaces Russia and the West.

Grit in the engine 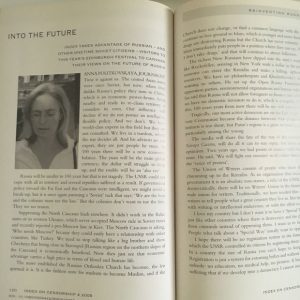 Into the Future; Index interviews Anna Politkovskaya in the winter 2005 issue of Index on Censorship magazine.

Robert McCrum considers Index’s role in the history of the fight for free speech, from the oppression of the Cold War to censorship online; and highlights how Politkovskaya turned to Index for help in making the west understand the dangers Russian journalists face.

Index interviews Politkovskaya at the Edinburgh Festival, in which she discusses the future of Russia.

“We lost journalism in Russia”

Andrei Aliaksandrau examines the evolution of censorship in Russia, from Soviet institutions to today’s blend of influence and pressure.

Power of the pen

Carole Seymour-Jones celebrates the achievements of 50 years of fighting for authors’ freedoms and explains why there is so much more work to be done.

You can read Andrey Arkhangelsky’s article by subscribing to the magazine or taking out a digital subscription from anywhere in the world via Exact Editions (just £18* for the year). Each magazine sale helps Index on Censorship fight for free expression worldwide.

Magazines are also on sale in bookshops, including at the BFI and MagCulture in London, News from Nowhere in Liverpool and Home in Manchester; as well as on Amazon and iTunes. MagCulture will ship to anywhere in the world.