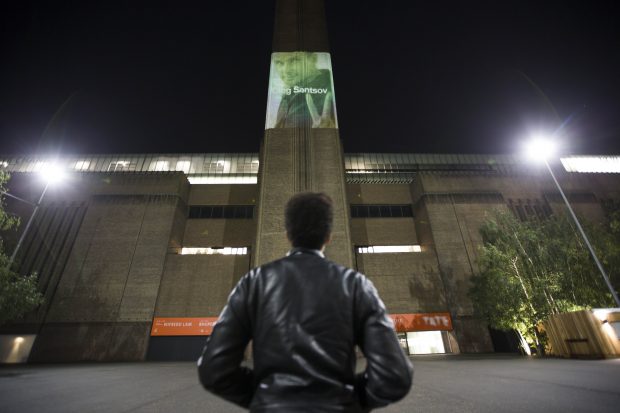 The Belarus Free Theatre, which campaigns for free expression in Belarus, is calling on the British government to pressurise the Russian authorities to release prisoners whose only crime is to have opposed the annexation of Crimea, an act that the British Government has declared illegal.

“We urgently call upon British politicians to put justice, human rights and international law ahead of business interests and to look afresh at the cases of the Kremlin hostages, [and] all political prisoners held by Russia, including our friend Oleg Sentsov,” co-founding artistic director of Belarus Free Theatre, Natalia Kaliada said.

On Monday 10 October, the theatre company hosted Freedom of Expression in Ukraine, an event at the House of Commons, in solidarity with Oleg Sentsov, a popular film director and pro-Ukrainian activist serving a 20-year prison sentence as well as all other Ukrainian political prisoners currently detained in Russian jails.

Sentsov is currently imprisoned in Siberia and is facing 18 more years in jail on charges of being part of a terrorist conspiracy. Sentsov has stated that he was tortured by investigators, and that a key witness recanted in the courtroom on the grounds that evidence had been extorted under torture. His lawyers describe the case against him as “absurd and fictitious”.

Natalia Kaplan, a cousin of Sentsov, could not be in London for the event but recorded a special video appeal for his release.

Nobel Laureate for Literature Svetlana Alexievich and British filmmaker Lord Puttnam both recorded a special message for the event.

Sentsov first came to the attention of the international film world with Gamer, a debut feature inspired by the computer and video-gaming club for young people that he had founded. It opened to great acclaim at the Rotterdam International Film Festival in 2012.

The European Film Academy together with leading international film directors, including Pedro Almodóvar, Wim Wenders, Stephen Daldry, Mike Leigh and Ken Loach, have campaigned for Sentsov’s release, echoing the grave concerns of Amnesty International that his trial was a “total fiasco” and that the “entire case for the prosecution is built on a house of cards”.

Fernando Bovaira named Sentsov an honorary member of the 62nd San Sebastian Film Festival’s main competition jury, and a chair was reserved for him in solidarity.

During the evening, an image of Ai Weiwei’s middle finger was projected onto five iconic buildings in London: The National Gallery’s Sainsbury Wing, The Forth Plinth in Trafalgar Square, Royal Opera House, Soho’s Gerrard Street and Tate Modern, together with a short film of Sentsov’s “sham trial” to garner UK public support and attention to his plight.

Ai’s finger, is used as a symbol of freedom  “a powerful reminder of the need to strive for justice and freedom of expression,” explained Kaliada. 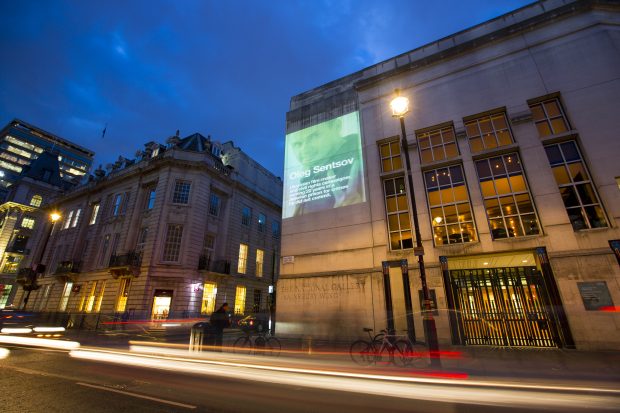 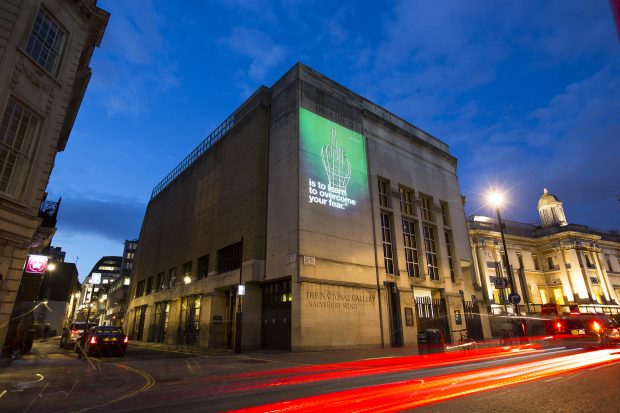 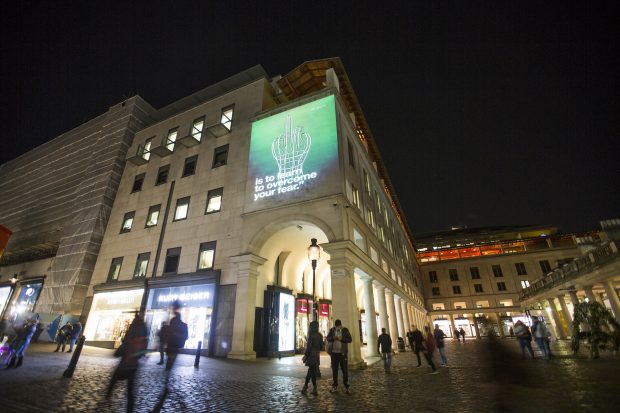 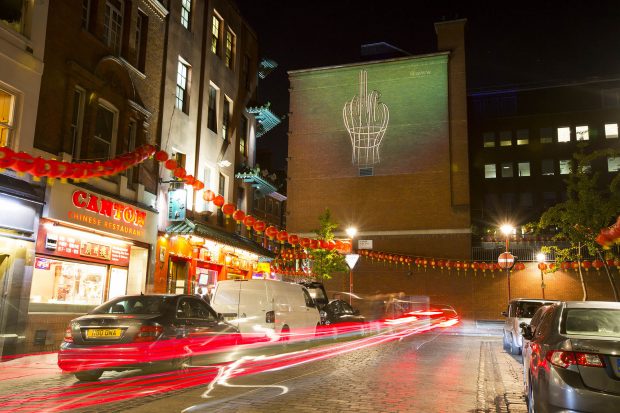 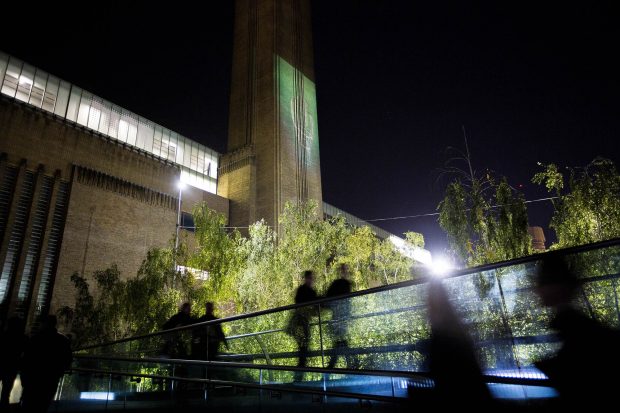 The demonstration was part of Belarus Free Theatre’s I’m with the Banned campaign which is an artist-led effort to bring together those who live in political freedom in solidarity with artists and activists who are censored or imprisoned in Belarus, Russia, Ukraine and anywhere else in the world where justice and freedom are denied.

Kaliada said: “In recent months, Ukraine has disappeared off the public radar even though the war rages on and Russia continues to drag the world into a new Cold War at a highly sophisticated level that endangers people living in the geopolitical knot known as Ukraine, Belarus and Russia, as well as threatening the global security of people further across the world.”

She said that London is where the founding members of Belarus Free Theatre sought shelter five years ago when they arrived in the UK as political refugees from Belarus.”For one night, the walls of the city will speak on behalf of those who are silenced, and one of the greatest capitals of the world will stand with us in solidarity with Oleg Sentsov,” she said. “As contemporary artists and human beings we have only one tool: creativity.”