STATEMENT
Turkey: Parliament must defend the health of democracy
27 Oct 2016
BY INDEX ON CENSORSHIP 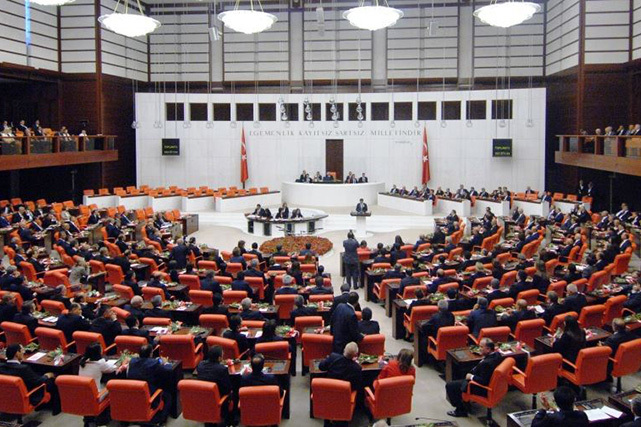 The undersigned organisations call on Turkey’s national assembly to end the recently extended state of emergency, and take immediate steps to repair the damage to freedom of expression and Turkish democracy since the defeat of the 15 July coup.

We respect the need for every government to assure the safety of its citizens, yet the measures taken under the state of emergency since July go far beyond what is necessary for public safety, and are destroying the vibrant political culture of open, diverse dialogue that distinguishes a democracy from a dictatorship.

In the three months since 15 July, over 100,000 people have been dismissed from their positions, most for supposed affiliation with the Gulenist movement. Over 25,000 have been arrested, over 2,000 educational establishments have been closed, and more than 150 media outlets have been shut down. Since the declaration of the state of emergency at least 98 journalists have been jailed, bringing the total number of imprisoned journalists in Turkey to 130, not counting those that have been detained and released without charge – making Turkey the world’s leading jailer of journalists.

As Reporters without Borders has documented, those who have worked with or for organisations sympathetic to the Gulenists are being treated as automatic members of the movement. Members of the movement, in turn, are treated as participants in the coup. In casting such a wide net in its crackdown, Turkey’s government is violating both internationally recognised human rights and universally understood principles of justice by ascribing guilt by association, not evidence, and punishing individuals for their thoughts and beliefs, not their actions.

The extension of the crackdown to Kurdish, Alevi and left-wing media uninvolved in the coup suggests that the state of emergency is being abused beyond its stated purpose and is used for harassing individuals and groups that are merely inconvenient to the government in power, not threats to the democratic system. Many are being detained and punished not for a threat they pose to the Turkish government, or to their fellow citizens, but because they disagree with the government’s actions or policy, or are part of or sympathetic to a minority group.

The survival of democracy requires strong tolerance for a broad spectrum of opinion and belief in public life, including those that majority opinion finds inconvenient. Suppressing the independent voice and participation of minorities in public discourse in the name of anti-terrorism is not only a subversion of their free expression rights – it feeds the discontent that grows into extremism. It will be a poor tribute to the peaceful and democratic spirit of 15 July if weakening democracy and strengthening extremism is the direction chosen by the Turkish people’s political representatives in its aftermath.

We call on the national assembly to take immediate steps to protect the right of all citizens to freedom of expression and belief. We believe the state of emergency must either be ended, or greatly narrowed in its scope. We therefore recommend that you: