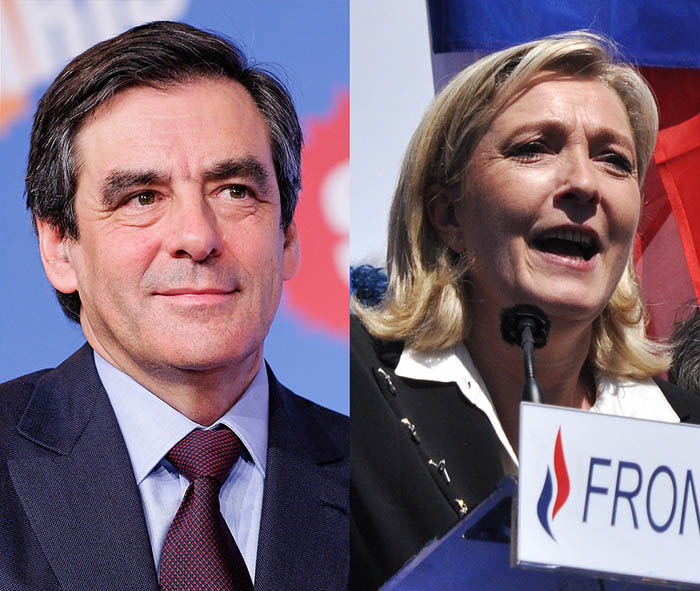 “No revelation on François Fillon for several minutes,” a headline from the French satirical website Le Gorafi read in March 2017.  Although untrue, it captured well the spirit of a campaign marred by a steady flow of allegations of political corruption. Fillon, the presidential candidate for the conservative Les Républicains party, is one of many to face allegations. In response, he has attempted to discredit the press.

“We saw the campaigns upend and attacks on journalists have been used to try to reunite the voting base,” journalist Aurore Gorius, who has been covering the campaign for news website Les Jours, told Mapping Media Freedom.

At the end of January, Le Canard Enchaîné, a satirical weekly featuring investigative journalism, claimed Fillon’s wife Penelope had been paid to be her husband’s parliamentary assistant while there was no record of her doing any work. Other revelations include Fillon employing his underage children as parliamentary assistants, a €50,000 loan received by a businessman friend, a €13,000 gift of two suits given by a political adviser specialising in France-Africa relations and a second position held by his wife.

As soon as revelations emerged, Fillon began to discredit the outlets involved, including Envoyé Spécial, Mediapart and Le Canard Enchaîné. Recently, he claimed he knew exactly who had leaked information to Le Canard Enchaîné and threatened to sue “all of those who were at the origin” of the revelations.

Revelations of corruption also hit the Front National candidate Marine Le Pen’s chief of staff. In a similar fashion to Fillon, the party tried to discredit media outlets which broke the scandal. It also violently expelled journalists asking questions about the allegations of corruption during political meetings and blocked certain media outlets from attending altogether.

For Arnaud Mercier, a professor at Institut Français de la Presse at Pantheon-Assas University and head of the French-language version of The Conversation, “it’s not an exaggeration to talk of a trumpisation of Fillon’s campaign. Trump was an outsider and had a very aggressive attitude towards the media throughout his campaign whereas Fillon was the favourite and ended up being pushed to the side. That’s when he started adopting the same tactic.”

“The first abuses date from the 2012 Nicolas Sarkozy campaign. At the end of it, probably around the time Sarkozy realised he would lose, he radicalised his campaign,” Gorius said. Echoing Sarkozy’s attitude five years ago, Fillon and his political allies have elaborated a narrative claiming the media had fomented a plot against him, making it harder for journalists to cover the campaign. At a meeting in Poitiers on 9 February, former Prime Minister Jean-Pierre Raffarin appeared to thank journalists, while the crowd booed them. A few moments later, Fillon lashed at the media, which he said was responsible for his difficulties. Party supporters followed in politicians’ steps, often more violently.

At the same meeting, Hugo Clément, a journalist for TV show Quotidien, interviewed a Fillon supporter who told him: “You’re not a journalist, you’re a shit digger. You partake in the enterprise of destruction. You want to exterminate. You were driving trains that took people to Auschwitz.” Around a month later, France Inter radio journalist Guillaume Meurice spoke to Fillon supporters during a meeting in Paris and recorded them denouncing a media plot against the conservative candidate. Meurice recorded a supporter saying: “The whole country is submitted to the gulag of the left and the media.”

“Right-wing voters think that all journalists are left-wing. Since I have been covering campaigns, this narrative keeps coming back. I’ve covered three François Fillon meetings and I have seen militants complaining to journalists, occasionally tackle them, telling them to be objective,” Gorius said. Journalists covering the conservative party have spoken up about high levels of aggression against them and difficulties to follow the candidate who travels with a handful of carefully selected journalists. On occasions, the attacks have taken a more personal or more violent turn. Mediapart co-founder Edwy Plenel wrote a short blog post to clear his daughter, who had been accused of holding a fake job by a far-right pro-Fillon website. On 6 April, Mediapart and Le Canard Enchaîné received a letter containing death threats and a bullet which had also been sent to magistrates. There were violent incidents in the weeks preceding the first turn.

Gorius and French Journalists’ Union spokesperson Vincent Lanier both pointed out that on previous presidential campaigns left-wing candidate Jean-Luc Mélenchon has been known to have an uneasy relationship with the media, which he often claimed was biased against him. There was little of that this time, even if Mediapart recently pointed out that the candidate has refused the news website’s invitation to appear in one of their political show for a year, claiming it is linked to the fact he disliked some of their coverage.

On the conservative side, there were stranger attacks. On 10 March, Les Républicains MP Jean-François Mancel presented a law proposal aimed at restricting the confidentiality of journalists’ sources. “The proposal has no chance whatsoever of being turned into a law, as this principle is a cornerstone of democracy – these are mere gesticulations,” legal journalist Marc Rees explained. But he said there had been more insidious threats to the principle of sources confidentiality. “France adopted a new antiterrorist legislation last year. The text includes protection for four professions – magistrates, lawyers, MPs and journalists – who cannot be submitted to surveillance while performing their mandate. Except that when a journalist is under surveillance it’s hard to know what falls within their mandate or doesn’t. This disposition clearly opened a gaping hole, which could be abused by whoever is to come to power,” Rees said.

In March, the French journalists’ union made a statement denouncing attacks against journalists. Lanier said they had received an incredible amount of abuse following this. “It’s clear something is broken. And it’s not new. There’s a lack of trust between the media and the public. There’s serious problems within the media. Direct broadcasting playing on a loop, experts who are not experts. This creates a situation where people don’t believe in the media. This time, among young journalists there’s an awareness that they have to be more thorough”, he said.

But this very uncertain campaign has prompted a massive interest with newspapers sale rising in February after the first revelations on Fillon started. According to Gorius: “10 million people were watching the first debate between candidates on TF1. That’s as much as for a huge football match. I feel there is enormous curiosity, as voters feel we are at a turning point. There’s also disappointment. The debate about ideas has failed to take place.”