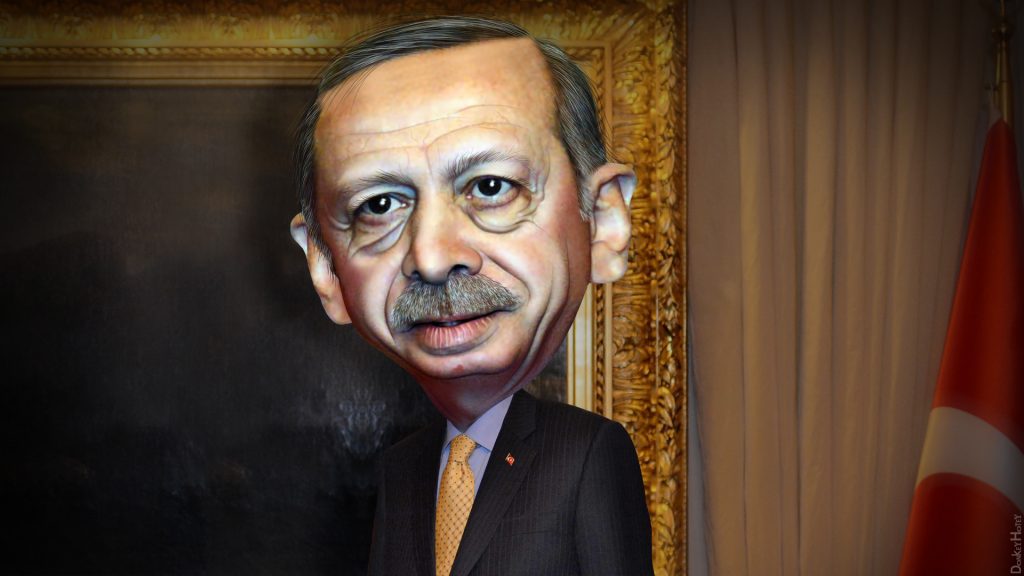 With the hollowing out of the Turkish media landscape in recent years, honest coverage on the night of the historic referendum was rare. Only an hour or so after the polls closed, viewers across the nation left most of the sycophantic television networks and focused on the only one they believed was airing content worthy of their interest.

Murdoch-owned Fox TV’s openly secular and mildly nationalistic anchormen broke the news that there was something seriously wrong with the vote counting. Hour after hour, they featured the leaders of the No camp – those opposed to significantly increasing the powers of president Recep Tayyip Erdogan – and allowed them to speak critically about the results.

What these journalists did should not be considered extraordinary. They were simply doing their job by giving the referendum the fair and diverse coverage it deserved. But in Turkey, this was extraordinary: a single TV channel broke from its shackles, defied self-censorship and ended up with record-high ratings. Fox TV’s staff knew there was a growing public appetite for real news.

I personally witnessed this hunger on several occasions. Some of the news analysis posted on my personal blog, NAR, in which I dug into the emergency rule and the purge drew tens of thousands of readers from all directions. Most recently, my article about the content of a top-secret EU report on the coup at the Cologne-based Turkish-Kurdish independent news site Artigercek was read by more than 100,000 people in 48 hours.

It’s no wonder then that Fox TV was bombarded by AKP supporters who took to social media both during and after the broadcast, calling its coverage “treason”. These trolls demanded public prosecutors investigate the content. Their anxiety was, from their vantage point, justified: in a society where up to 88% of the public get news from TV sources, the Fox broadcasts would have an impact, penetrating the seemingly solid ground on which Erdogan and his supporters stand.

Yet it was only a glimmer of hope for the bulk of Turkish society, separated into two distinct camps by Erdogan’s ruthless desire for authoritarian rule. But the Fox referendum coverage at least gave optimists the ability to think that no matter how hard the oppression becomes, Turkey’s resilient journalists will do their best to resist.

The referendum race took place on “unlevel ground”, as international monitors described it, because Turkey’s media landscape has been warped. As a vital part of his strategic plan to take Turkey on the authoritarian path, Erdogan and his team, backed by the increasingly subservient judiciary, and sycophantic media proprietors, have meticulously and systematically narrowed the space for independent journalism since Gezi Park protests.

Since the summer of 2013, we have been forced to witness mass layoffs, detentions and the brutal shuttering or seizing of nearly 200 privately owned media outlets were brutally shut down or seized. The punitive measures had two key components: TV broadcasts were kept under strict scrutiny and the proprietors of the channels were either bribed with large contracts or simply threatened with closure. There was also a deliberate move to demolish the Cihan News Agency’s powerful network, which had been key to an independent monitoring of earlier elections. Both actions worked successfully for Erdogan’s autocratic architecture.

As of 16 April 2017, the only two independent TV channels remaining are Fox TV and Halk TV. The vote counting was covered only by the Anatolian Agency, which is entirely under the rigid control of the ruling AKP. It was still remarkable that Turkey’s crippled and tarnished journalism could find a breathing space and reach out to public.

One wonders what the result of the referendum would have been if proper and balanced media coverage had taken place. Most probably the No camp would have benefited. But the ugly reality is that self-censorship has become normal and internalised in Turkey, especially since the last summer’s aborted coup. Neither investigative reporting nor public debate now exists.

The overwhelming majority of journalists who have been jailed – including the recently detained Die Welt correspondent Deniz Yücel – dared to dig into the corruption schemes that include, allegedly, the president and his family. Nearly all those behind bars – excluding Kurdish journalists, who find themselves targetted for many additional reasons – are editors, columnists and pundits who have tried to keep corruption and abuses of power under the spotlight.

In the post-referendum era, the restrictive conditions will remain unchanged or get worse. Erdogan will inevitably see the media as being responsible for his narrow victory of 51.4 %. Rather than ease his iron grip on journalism, the president knows he has to win the elections in August 2019 to secure his way to one-man rule. He has an invaluable instrument with which to strangle the media, which became more obvious when, following the referendum, he extended emergency rule by another three months. Have no illusions that the state of emergency will be discontinued before the next election and expect even greater pressure in the coming months.

The signs in that direction are strong enough: four consecutive indictments in the past two months targeting various groups of critical journalists – most of them now in jail – have seen calls for aggravated lifetime imprisonment. The case of Cumhuriyet daily is a prime example: the court was remarkably slow in defining a date for proceedings and then set the date for late July. All those in jail awaiting to be trialled in this case will now spend an additional three months behind bars. Meanwhile, the arrest of the newspaper’s accountant implies that the authorities are intent on weakening it — perhaps to extinction. Similar pressure should also be expected over the already strained Doğan Media Group.

Whether or not Fox TV will also be punished for its election coverage remains to be seen, but take it for granted that no critical pocket of journalism will remain unharmed. No wonder why many independent journalists are busy these days contemplating whether or not moving their base beyond Turkey’s borders will save their noble profession.

Read more
Yavuz Baydar
Yavuz Baydar is the co-founder of Platform for Independent Journalism (P24), an initiative to support and promote editorial independence in the Turkish press. He is a veteran Turkish columnist and blogger and was awarded the Special Award of the European Press Prize in 2014.
Latest posts by Yavuz Baydar (see all)