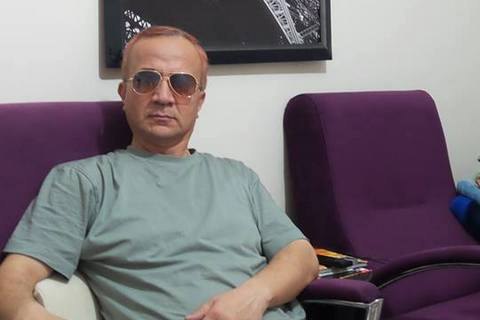 Index on Censorship urges Ukraine to not extradite journalist Narzullo Okhunjonov to Uzbekistan where he faces prosecution.

On 20 September authorities detained Okhunjonov when he arrived at an international airport in Kyiv, Ukraine, following an Interpol red notice.

Uzbek authorities issued an international arrest warrant on fraud charges against Okhunjonov, who denies the charges.

A Kyiv court then approved a 40-day detention period for the journalist, the limit under an Interpol notice.

Okhunjonov along with his wife and five children were seeking political asylum from the Ukrainian authorities. The journalist has been living in exile in Turkey since 2013 in order to avoid politically motivated persecution for his reporting.

“This abuse of the Interpol system is a direct violation of Article 2 of its constitution and a clear effort to silence critical journalists,” Hannah Machlin, project manager of Index on Censorship’s Mapping Media Freedom platform, said. “We call on the Ukrainian authorities to allow Narzullo Okhunjonov to remain in Ukraine, grant him political asylum and reject requests to extradite him to his home country.”

Okhunjonov writes in Uzbek and Russian for media outlets including BBC Uzbek on topics such as Uzbekistan’s authoritarian government and has criticised by the late president Islam Karimov.

The journalist’s family is currently residing in Kyiv.

The Council of Europe’s parliamentary assembly published Resolution 2161 in April 2017 on the abuse of the Interpol system. The resolution underlined that “in a number of cases in recent years, however, Interpol and its Red Notice system have been abused by some member States in the pursuit of political objectives, in order to repress freedom of expression”.