GUEST POST
Will Franken: Nigel Farage and Donald Trump are funnier than most comedians
20 Oct 2017
BY WILL FRANKEN 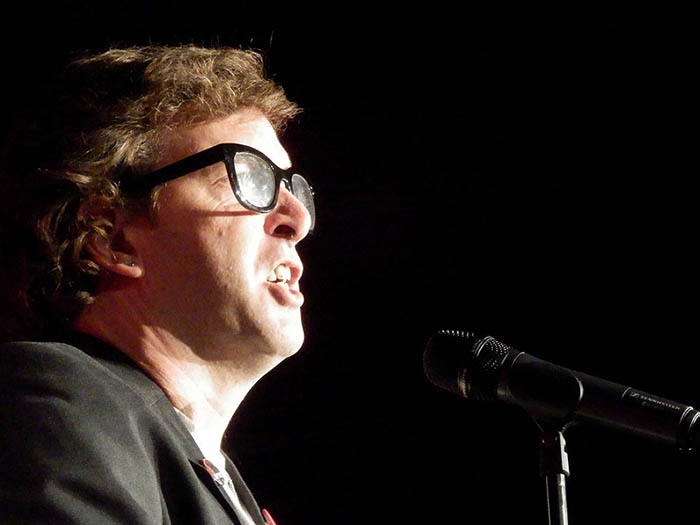 With a paradoxically destructive optimism, satirists, from the age of the Roman poet Juvenal and since, have been driven by an almost childlike conviction that the world can and should do better. And the satirists of today, apostates as they are from the modern religion of political correctness – an orthodoxy that (despite professing to be both) is neither moral nor intellectual – need set their sights no further than their own milieu for the necessary targets.

A little over a year ago, at the close of the 2016 Edinburgh Fringe Festival, I presented the Defining the Norm Awards, an Oscars-styled lampooning of stand-up comedy banality and the predatory entertainment industry which fuels it. My intent was to unveil a satirical blueprint of how the mundane is cynically transferred from open mic to telly screen. And of all the sacred cows I have sought to slaughter in my twenty-year career as a satirist – from modern psychiatry to Islam – the current state of Western comedy was by far the most fanatically defended, if only by its practitioners.

What resulted was a tidal wave of social media whinging, suspicions cast upon my mental well-being, and a blacklisting that continues to this day from live bookers all the way up to the BBC comedy department. (“We can’t use Will Franken,” is the word from staff insiders on those rare occasions when my name is put forward for a project. “Remember, he’s the guy that did those awards.”) One thing, however, that was not in evidence in the wake of my mockery was anything resembling a satirical counter-response from the comedy collective. A point, I felt, had been painfully proven.

Because the disquieting truth in our present age is that those least qualified to understand, let alone appreciate, satire are too often comedians themselves. And to attack those who make false pretence to satire is to simultaneously attack a multitude of unquestioned shibboleths – be it lazy reliance on identity politics, Donald Trump’s presumed unfitness to be president, or even the sanctimonious mourning over Britain’s exit from the European Union.

Yet leaving aside, for example, the sheer repetitiveness and predictability of Nigel Farage and Donald Trump putdowns, what makes such political targets ultimately ineffective as contemporary satirical fodder is simply this: Farage and Trump are funnier than most comedians. Both figures, after all, managed to accomplish, in quick succession, major acts of geopolitical subversion against the status quo. Once in the not-too-distant past, this would have been the objective of comedy.

Though such an observation remains anathema to current entertainment establishment, such is the short-sightedness of effective satirists that rarely do they think ahead in terms of people-pleasing career advancement. Rather, he or she is compelled by an attribute especially repulsive to today’s current crop of entertainers: morality.

For amidst all the speculation amongst comedians as to why I decided to hold those in my field up to ridicule, the simple – and therefore baffling – truth was that I ridiculed them because I believed they needed to be ridiculed.

A weekend of thought-provoking public debate taking place on 28 and 29 October at the Barbican Centre. Join the main debates or satellite events.

Political activism and protest today
Recent years have seen something of a revitalisation of political protests and marches, but just what is protest historically and today?

Can satire survive the era of fake news?
Will the ‘fake news’ era irreparably damage the satirist’s ability to effect any kind of societal change?

Censorship and identity: Free speech for you but not for me?
Is identity politics the new tool of censorship and, if so, how should we respond?

Will Franken
William Franken is a comedian best known for his satirical and psychedelic multi-character one-man shows which vacillate at breakneck speed between the scathing and the irreverent.
Latest posts by Will Franken (see all)