Eighteen months on, Kurdish journalist Nedim Türfent remains under arrest, with nary a shred of evidence in sight. The case of Türfent, whose journalism has irked authorities, is critical for understanding the plight of press freedom in Turkey, observers say

Nedim Türfent has been under detention for more than 18 months. The 5th hearing of his trial will be heard on Dec. 15 at the Hakkari Courthouse. © Mezopotamya Agency

“If we wanted to do, we could kill you right here and then say you were killed during the incidents. No one would be able to prove otherwise.”

That’s what police officers told journalist Nedim Türfent when they arrested him more than 18 months ago.

During the fourth hearing in his trial in the southeastern province of Hakkari on Friday 17 Nov, Türfent, a local correspondent and English news editor for the Dicle News Agency, informed the court about the abusive treatment he had suffered at the hands of authorities. The case had already attracted attention after 19 of 20 witnesses confessed to testifying against Türfent under torture and duress.

Türfent’s description of overt police threats has added more insult to injury in a case that lacks any evidence other than fallacious testimonies. “Don’t worry, we’re going to prepare such a file on you that you’ll be in for at least 20 years. You won’t be getting out anytime soon,” Türfent quoted police as saying during his hearing. The journalist faces up to 22.5 years in prison on charges of “membership in a terrorist organisation” and “conducting propaganda.” His 18 months in detention could be extended further in the next hearing on 15 Dec.

The fierce crackdown on Turkey’s mainstream media has been covered widely. But this has also created a certain “butterfly effect.” As the government dares to imprison renowned journalists in the “west” – Istanbul – the knock-on effect is much greater for Kurdish journalists in the east as they are sent back in time to face the dark spectres of the 1990s: intimidation, death threats, detentions and ill-treatment. The retaliation against Türfent for his journalistic work in his hometown of Yüksekova is one compelling example.

Yüksekova – Gever to the Kurdish locals – sits on a small flat plain that is surrounded by majestic and jagged peaks that pierce the sky. Located in Hakkari, which borders Iraq and Iran, it is the largest urban area in the country’s deprived southeastern corner. Toughened by the landscape, people from Gever are known to be self-resilient, proud and stubbornly uncompromising against any type of pressure – be it extreme weather or government crackdown. The same can be said for Türfent’s journalism. His bold coverage of the military siege and crackdown in the town in March-April 2016 made him a target.

One of Türfent’s stories received country-wide media attention when it revealed footage of a commander of special forces inflicting ill-treatment on a group of detainees. “You will see the power of the Turk,” the commander shouted. The story made a tremendous impact, with the prime ministry announcing that it would open a probe over the images.

But then came the death threats, harassment and, eventually, detention for the journalist who broke the story.

“Nedim is being punished for relating the state oppression in Yüksekova during the curfews,” said Nimet Ölmez, a fellow reporter with Mezopotamya Agency, the latest iteration of Dicle News Agency after it and its successor, Dihaber, were closed by decree. “Nedim didn’t have a weapon, a stick or a stone in his hands. All he had was a camera and a pen.” 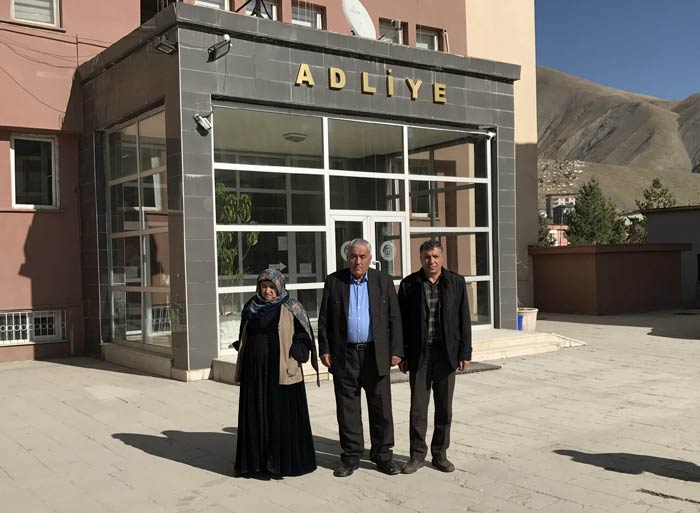 Fethi Balaman, who started covering the news in Yüksekova for Mezopotamya months after Türfent was detained, explained how his colleague’s work kept the authorities under scrutiny.

“He had a huge network and he could reach anywhere. That scared them. This is why he started to receive more and more threats,” he said. “For instance, they knew that if there was a raid somewhere, Nedim would be informed. What did they do then? They took him so they could do anything they wanted.”

Türfent, who answered our questions from prison through a lawyer, Deniz Yıldız, stressed that it was not just himself but all journalists in the region who were being subject to pressure – pressure that continues even in jail. “As journalists who work in the region, we continuously encounter the cold face of the state when we are outside of prison. The same practices are also reflected once inside.”

Indeed, though compelling, Türfent’s case is just one of many lawsuits against Kurdish journalists. More than 200 probes have been opened against regional journalists, according to Diyarbakır-based Free Journalist Society co-chair Hakkı Boltan.

One of them is Dihaber reporter Selman Keleş, who was detained for taking pictures of Van’s Municipality building after it was surrounded with concrete blocks. Dihaber reporter Mehmet Güleş was also recently sentenced to nine years for “being a member of a terrorist organization” and “conducting propaganda.” Güleş had irritated authorities by reporting about the army’s destruction of homes in his hometown of Şırnak.

Balaman explained that he sometimes has to pass three checkpoints to cover a routine news story. Reporters cannot use a camera anymore, as police and soldiers confiscate them whenever they see one. “When I use a camera, I think about protecting it before protecting myself.”

Türfent is asking for more public awareness and support for the many Kurdish journalists who work across the region. “Our colleagues in the west are confronted with trumped-up indictments. But they have the possibility of moulding public opinion. Journalists who work [here], especially in remote places such as Yüksekova and Cizre, remain in the background.”

The fate of such journalists is a litmus test for defenders of press freedom given the lack of public attention for their plight. “Many colleagues are still waiting for a trial to start two years [after they were detained]. However, there isn’t even a small news story about them,” Türfent said.

Through months of military siege and a state of emergency, local reporters have braved authorities to report on killings, destruction and atrocities that would have been concealed if not for the journalists’ work. But ultimately, the question goes beyond freedom of expression; now, it is the very essence of truth that is at stake.

“Understanding the causes and the results of the Nedim Türfent case means understanding the necessity of freedom for journalists,” said Boltan, demanding more support for Kurdish journalists. “The violations committed here are the source of the pressure on the mainstream media.” 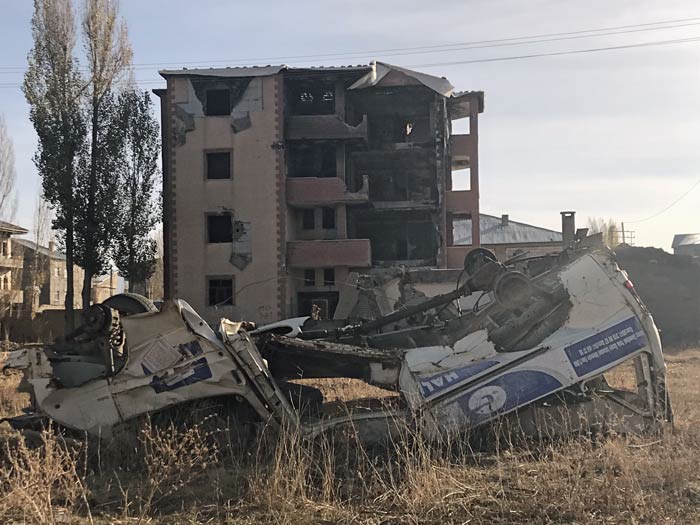 Destruction is still visible in some areas of Yüksekova more than a-year-and-a-half after the military siege. © Özgün Özçer

Since 24 May 2014, Mapping Media Freedom’s team of correspondents and partners have recorded and verified over 3,600 violations against journalists and media outlets.