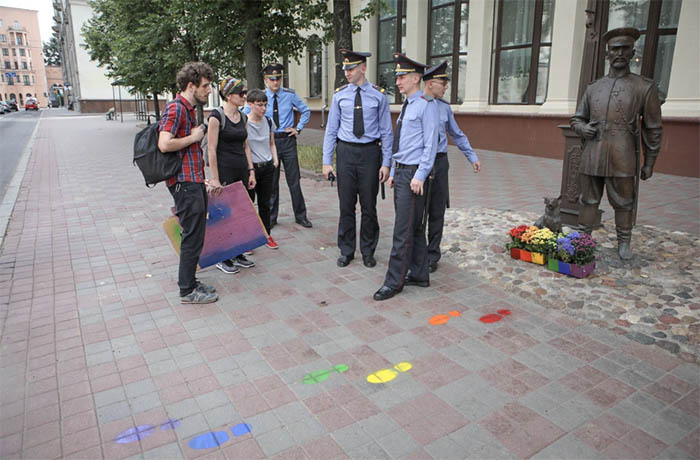 Three student activists from Belarus Free Theatre’s Studio Fortinbras school, along with Belapan journalist Andrew Shavlygo, were arrested in Minsk on 28 June after the staging of an artistic stunt as part of a new campaign by the theatre in support of LGBTQ+ rights. The students placed rainbow-coloured flower pots at the foot of a statue of a policeman outside the Ministry of Interior to call out homophobia following an official statement by the ministry that claimed “same-sex relationships are fake”.

Those arrested were held overnight without being told why but upon release were fined for “disobeying police”.

“Index on Censorship urges the authorities in Belarus to release the students immediately and safeguard freedom of expression, including the right to protest,” Joy Hyvarinen, head of advocacy at Index, said. 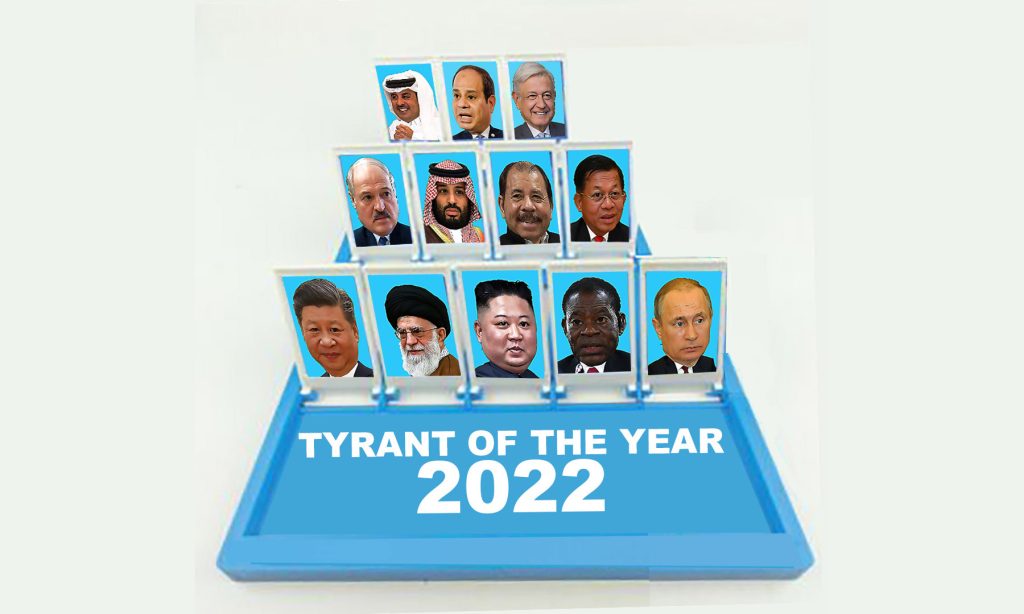 “You can usually tell the quality of a tyrant’s credentials by the number of people he has thrown in jail on spurious grounds and Europe’s last dictator, Alyanksandr Lukashenka, is no exception,” says Index associate editor Mark Frary.  Lukashenka started his fifth term as president in August 2020, following an election that most credible observers [...] 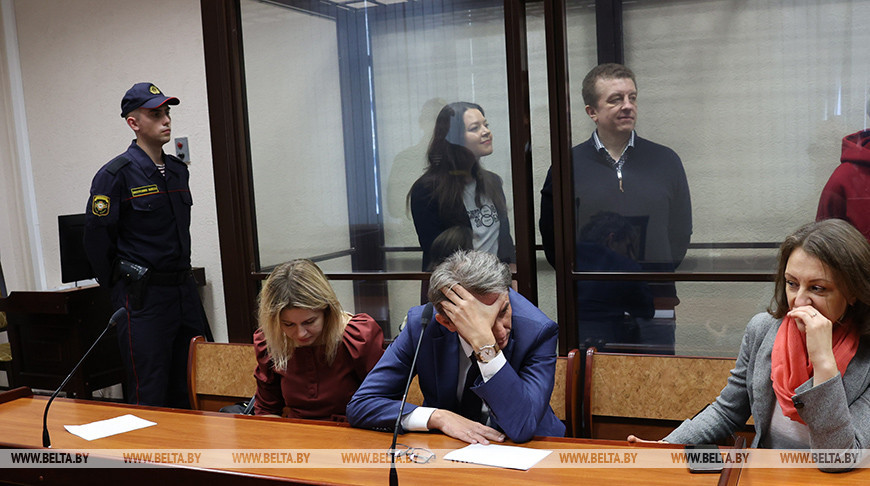 Index and ARTICLE 19 call on Belarusian authorities to quash prison terms and release our former colleague, his wife and others from the BelaPAN news agency