ACADEMIC FREEDOM
Turkey: "I am not hopeless – one day this climate will change"
06 Jul 2018
BY DANYAAL YASIN 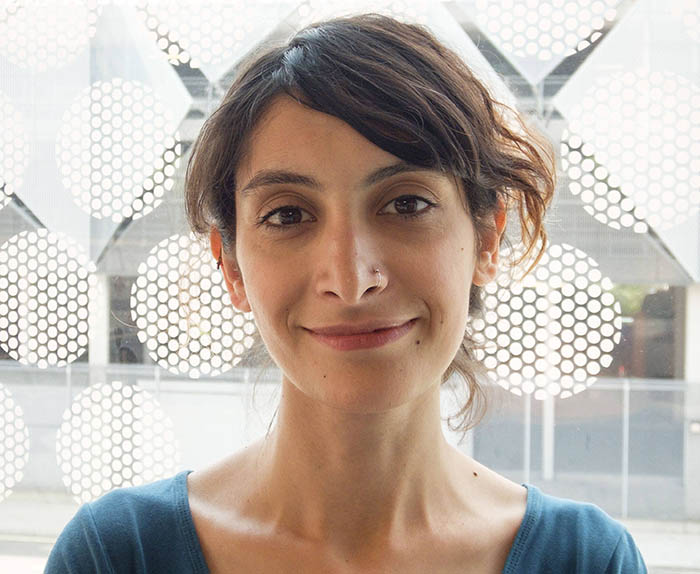 Sahika Erkonan never thought signing a petition meant signing away her life, her family or her country. Marooned in London, she now faces an uncertain future.

Erkonan was one of over 2,000 Turks that signed a January 2016 petition by Academics for Peace, an organisation formed in 2012 that advocates for peace between Kurds and Turks. The signatories called on the Turkish government to end its war with Turkey’s Kurdish population in the southeast of the country.

Erkonan was a research assistant studying for her PhD at the University of Ankara when she joined other students and university professors in criticising the Turkish government’s ongoing conflict with the Kurds.

With signatures from over 90 universities, the petition had wide-reaching implications. Deemed “so-called intellectuals” by president Recep Tayyip Erdogan, 330 academics were dismissed from their universities on 7 February 2017 for alleged involvement in the July 2016 coup. Hundreds of academics were held on criminal charges as the government cracked down on “organisations or groups that are determined to carry out activities against [the] state’s national security”.

Immediately after signing the petition, Erkonan was placed under investigation by the University of Ankara. As part of her research assistant contract, she was due to work at another university in the country. However, after being put under investigation, Erkonan decided it was best to continue her thesis abroad, resigning from the University of Ankara. The university accepted her resignation and she was able to use her passport to leave the country, unlike many others, although four months later she was dismissed by decree.

Now studying and living in the UK, Erkonan spoke with Danyaal Yasin of Index on Censorship about her experience.

Index: After you and hundreds of other academics and students were exiled, what were your initial thoughts?

Sahika Erkonan: I was in denial. I was upset. People told me I was an exile when I arrived in London. I denied it. I just wanted to focus on my research without thinking about the question of returning to my country. After my dismissal, which was four months later, this uncertainty became certain and weighed down on me far more than before. My first thought was that I had expected to be dismissed from the university. I wasn’t the first [to be dismissed]. It was clear that the government does not want intellectuals to raise their voices because we want peace, and this disturbs them, and this leads to our removal from the universities.

Index: Where were you when you found out you were dismissed? How did this affect you and your family?

Erkonan: I was at home in London. One of my friends let me know about our dismissal. Since that day, I haven’t gone back to Turkey. It has hugely affected my life. I realised that I cannot travel. If I decided to go home, I wouldn’t be able to come back to London to continue my research. I wouldn’t have any chance of finding a job in Turkey and I would be at risk all the time.

My family became very sad, but they were very supportive and my mother gave me lots of encouragement to finish my PhD here because any decision to return means uncertainty about leaving Turkey again due to passport issues. Actually, now I am not able to travel out of the United Kingdom either and have no clear residency status without applying for asylum. I am stuck here and this affects everything; my wellbeing, my ability to carry out my research, my political activity, my entire life. However, I am much better than last year and I feel I could define the difficulties I had and I can continue.

Before coming to London, I assumed I would go back to Turkey for a holiday within two months. Now I am still waiting to get my travel rights back, and have no idea when, if ever, they will be returned. I was lost for words following my dismissal. It wasn’t that I lost my job, I also lost my rights. Although I wasn’t the first to be dismissed, the feeling of loss still felt unknown.

Index: How did it impact your studies?

Erkonan: It fundamentally affected my research. The predominant focus I have in my life: work is being paralysed. I have a sense of not being in control and not being able to think clearly or critically. It takes incredible resilience and I often doubt myself. I was not able to work productively. I am so lucky that I am supervised by two amazing people in London. They are very supportive and understanding. They are not only dealing with my thesis, but they are also friendly and help me emotionally.

Immediately after I came here, my supervisors were aware of the risks and they wanted me to change my thesis fieldwork, as my initial research was based on Turkey. After four months, I was dismissed by Ankara University and unfortunately my everyday life was massively affected therefore I couldn’t concentrate easily. But now, I am in a totally different mindset.

Index: What was the most difficult part?

Erkonan: For me, the most difficult part is defining and understanding the feeling and emotions I’ve encountered. The uncertainty has a material, political basis that reflects the precariousness of the refugee’s sıtuation in Britain, a country with its own issues regarding the rights of foreigners. I have been interested to see how UK academia enforces conformity, not by jail sentences, but by neoliberalisation. Under the state of emergency, the law decrees against dissidents mean civil death. Your passport is taken away so you can’t travel abroad and you can’t find employment in public and private services. Trying to fight back is hard because you have no rights; you have to wait for the state of the emergency commission to make specific decisions about the law decrees.

During this process, I’ve never felt alone. Since the government’s attacks started, Turkey’s academics have stood in solidarity.

Index: Why do you think that people in academia are being brought to trial? What’s the government’s goal?

Erkonan: To silence dissent and crack down on critical thought. Academics for Peace is not the first instance of this; the government has always been in conflict with intellectuals, with students. It’s become especially clear that the AKP [Turkish ruling party] are trying to divide us academics by bringing us to trial individually. The authorities cannot judge over 2000 people without it being a huge international scandal; they are doing it individually to fly under the under the radar of international law but to keep us all in a continual state of fear and exhaustion. Every dissenter is at risk, we academics are only one part of that.

Index: What has been the biggest change for those in education within the country since the attempted coup?

Erkonan: Immediately after the attempted coup, the AKP government declared a state of emergency. Pressure on the education system by power had already been strong but thanks to the state of emergency, the authorities have had a chance to apply arbitrary policies. Therefore, they have applied whatever they want easily and they started to change the university staff.

Index: What do you think of the current educational system in Turkey? Has it declined/improved?

Erkonan: Universities in Turkey are not independent. They have been controlled by the Higher Education Council since the military coup in 1980. In the aftermath of the coup attempt of 2016, 5822 academics have lost their job. The state of emergency has given much more power to the authorities and we can say the educational system has declined rapidly.

Index: Do you feel the current climate will ever improve within the country?

Erkonan: Unfortunately this is a process which all of us have to witness in this climate. We are still having days which we are still trying to comprehend what’s happening. It seems the situation won’t improve within the country, but this is what the authorities want. Decreasing the hope for the future, increasing the fear of power.

If you look at Turkey’s past, you can guess and analyse how the current situation will play out. In terms of oppressing dissenters in the country, authoritarian states all have similar aspects, but whenever it occurs, we see it as new so it brings shock and fear, and sometimes it makes us silent. We live in an era, internationally, of the rise of authoritarianism. This places all those who do not fit into a narrow obedient vision of ‘the people’ at risk. Intellectual enquiry places us outside conformist ways of thinking so we will always be at risk. This era will take an international effort to maintain the existence of oppositional ideas, which are under attack globally. But I am not hopeless. One day this climate will change.