AWARDS
Egypt: Index fellow wins Franco-German Prize for Human Rights and the Rule of Law
22 Nov 2018
BY INDEX ON CENSORSHIP 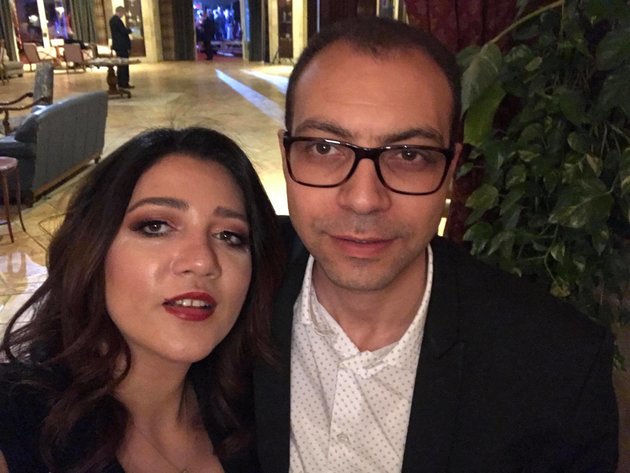 Mohamed Lotfy, executive director of the Egyptian Commission for Rights and Freedoms, the organisation that won the 2018 Index on Censorship Freedom of Expression Award for Campaigning, has been awarded the Franco-German Prize for Human Rights and the Rule of Law, which is given each year to those who have made outstanding contributions to the protection and promotion of human rights and the rule of law.

“Index on Censorship is very happy to see Mohamed Lotfy’s outstanding work recognised in this way,” said Perla Hinojosa, fellowships and advocacy officer at Index. “We hope this award will help in highlighting injustices occurring in Egypt and the important and much-needed work ECRF does in defending and protecting human rights.”

The announcement was made by Jean-Yves Le Drian, the French minister of Europe and Foreign Affairs, and his German counterpart, Heiko Maas, on 21 November. Lotfy is one of 15 human rights defenders who will receive the award. The official ceremony will be on Human Rights Day on 10 December 2018.

The news comes one day after Lofty marked his four-year wedding anniversary with his wife Amal Fathy, who has been detained since May after posting a video criticising sexual harassment in Egypt.

ECRF: As long as there are people defending human rights in Egypt, there is hope

The Egyptian Commission for Rights and Freedoms, winner of the 2018 Index on Censorship Freedom of Expression Award for Campaigning, is one of the few remaining human rights organisations in Egypt

Index on Censorship and international human rights lawyers at Doughty Street Chambers condemn the continued detention of Amal Fathy – an Egyptian activist who made a video about her experience of sexual harassment. Fathy was arrested on 9 May 2018 and has spent 200 days in detention on charges of “spreading fake news”. On 29 [...]

Fathy has been in pre-trial detention since her arrested after publishing a video criticising sexual harassment in Egypt, during which time she has shown symptoms of acute stress and has been unable to walk unassisted