EVENT
Jonathan Haidt on academic freedom: “We’re all caught in a minefield”
21 Nov 2018
BY RYAN MCCHRYSTAL 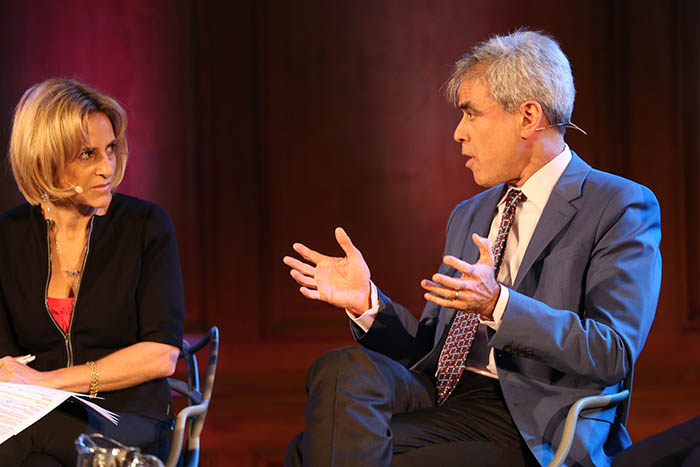 “We’re all caught in a minefield,” Jonathan Haidt, a professor of moral psychology, said at an Intelligence Squared panel discussion on education and academic freedom, at the Emmanuel Centre in London on 19 November. “We’re all walking through a world in which one word we say can mean misreported — or partly reported — on Twitter and it blows up into something.”

Also speaking at Battle over free speech: Are trigger warnings, safe spaces and no-platforming harming young minds? were Rabbi Lord Sacks, who was Chief Rabbi of the United Hebrew Congregations of the Commonwealth between 1991 and 2013, Kehinde Andrews, writer and associate professor in sociology at Birmingham City University, and Eleanor Penny, writer, activist and journalist. The event was chaired by Emily Maitlis, presenter of BBC Newsnight.

Most students in the USA and UK want to learn and aren’t triggered by words or ideas, said Haidt, who recently co-authored The Coddling of the American Mind: How Good Intentions and Bad Ideas Are Setting Up a Generation for Failure, with Greg Lukianoff, CEO of the Foundation for Individual Rights in Education. So why then are so many academics working in fear of being reported for insensitivity and when did this phenomenon begin?

“It begins with kids born in 1995,” Haidt explained, referring to what he calls “GenZ” or the “iGen”. In 2013, when at around age 18 the first wave of this cohort made their way to college campuses, terms like “safe space” and “trigger warning” weren’t widely discussed, he said. By 2014, this had changed. “Students were asking for protection from words, books, speakers and ideas — they were treating them as if they were dangerous.”

Difficult and controversial books have always received protest and censure, but the idea that a student could be traumatised or harmed by exposure to them was new, Haidt added.

In the book, this increasingly overcautious approach to education is referred to as “safetyism” — the worship of safety and the perception of the world as being extremely dangerous.

Haidt cited the “mental health crisis for boys and a mental health catastrophe for girls” arising in part from the proliferation of social media, which is much harder on women and men, as a major reason for these changes. “Rates of anxiety and depression, which were fairly stable from the early 2000s to 2010, began rising very sharply,” he added. “For boys, rates of major depression are up about 30%. For girls, they’re up about 40%.”

Haidt said professors no longer trust their students, and that even he has now changed the way he teaches. “I used to be a provocative teacher, but I don’t provoke anymore. I don’t tell jokes, I don’t show them videos.” 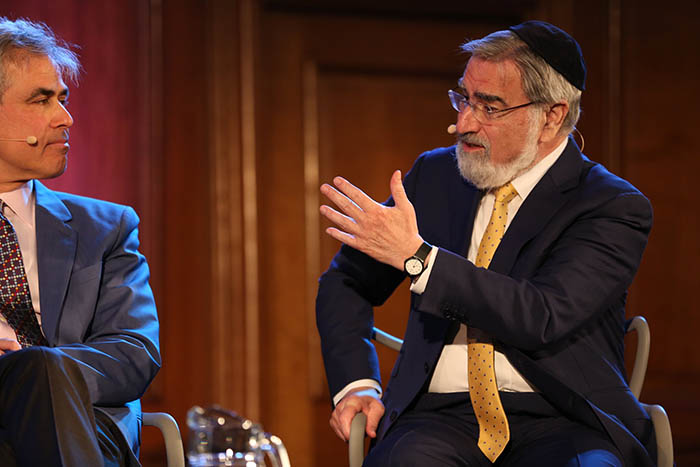 Speaking of the importance of upholding academic freedom, Sacks said: “Society is a symphony score for many voices, and that, to me, is the beauty of the university, and why they’ve become so important while we are disaggregating our societies into non-communicating sects of the like-minded. … All the cries of pain that come from excluding marginalised groups have to be heard, but they have to be heard by all of us.”

Sacks added that he supports free speech because only through a “democratic conversation can we arrive at a society where we can all feel we have a share”.

“That to me is the voice of the university, and why I’m so bothered that the university has gone the way of the rest of society,” he said. “It ought to be a safe space in which we are willing to give a respect for hearing view opposed to our own, knowing that our own views will be given a respectful hearing despite the fact that many of those doing the hearing don’t agree with a word I say.” 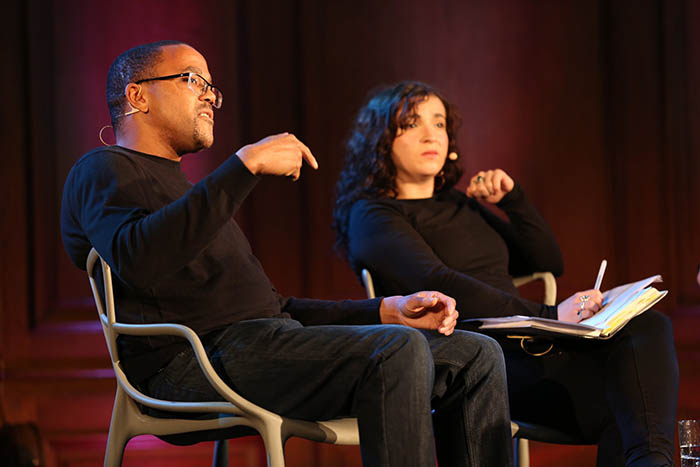 For Andrews, “this is the fantasy version of the university, where it’s an institution is built on equality and reason”. He said the irony is that this is a conversation about fragility, but it is the “fragility of the white elite”.

He explained that in 1965, the only group attending UK universities were rich white men. In the half-century since, the institutions have opened up to women, minorities and the LGBT community. “Not surprisingly, these [groups] are who are saying that the universities are powerful, that it’s the universities we need protecting from,” he added. “These institutions, which not too long ago were deciding that I wasn’t a human being, have the same curriculum based on knowledge that says I am not a human being.”

“And then we are somehow surprised when people say we need a safe space,” Andrews said. “And I’m supposed to feel sorry for you because you have to change how you work.” 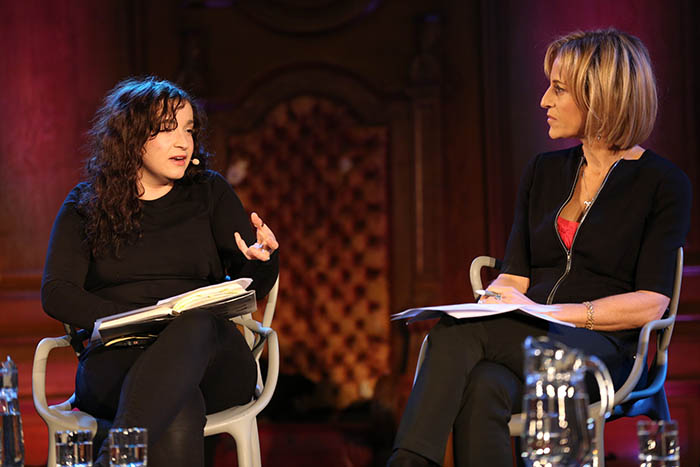 Speaking about the Oxford Union hosting Donald Trump’s former adviser Steve Bannon on 16 November, which saw more than 100 Oxford University and Oxford Brookes students protest in opposition to the invitation, Penny said: “What we need to understand is that the university as a cultural institution also conveys a stamp of approval, and that’s a stamp of approval that I don’t want to see given to someone who has no interest in protecting free speech.”

Penny added that Bannon’s politics “pose an existential threat to me and people like me”.   “Free speech is fundamentally important because words have an impact,” she said. “To say that we shouldn’t consider the impact of those words in a limited number of cases, such as fascism, is ludicrous, but I think is an under-analysis of free speech.”