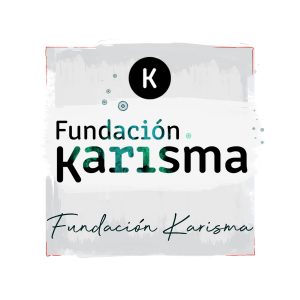 Colombia’s Fundación Karisma is a civil society organisation devoted to encouraging the use of digital technology and enhancing freedom of expression on the internet.

The organisation offers a rare space to discuss many issues at the intersection of human rights and technology in the country.

Karisma identifies areas of concern — like the online harassment of women — in Colombia’s digital sphere, and then tackles them through a mix of research, advocacy and digital tools.

One such initiative is Fundación Karisma’s “Machitroll Alert”, an online tool that uses humour to tackle misogynism online. Abuse and harassment online is leading increasing numbers of women to self-censor or withdraw from debates online.

Fundación Karisma’s tool allows internet users to call out misogynistic abuse online (or machist trolls, in short ‘machitroll’). Users upload screenshots of abuse, and place a stamp to mark their alert: Incurable Machitroll, Recoverable Machitroll or Machitroll Alert, and then post it online with a funny message. An example: “You are suffering a lot! Have an herbal infusion before bed and occasionally wear a pastel coloured garment. You will see that you will continue to be just as macho, but less aggressive.”

The initiative provides an alternative, non re-victimising course of action for women facing abuse online, while drawing attention to the amount of online harassment in Colombia and its chilling effect on women.

While ‘Machitroll Alert’ has been one of Fundación Karisma’s successes, the intersection of gender, free expression and the internet is not its only focus. Its “Sharing is not a crime” campaign supports open access to knowledge against the backdrop of Colombia’s restrictive copyright legislation. The campaign started after a young student faced criminal prosecution for posting a publicly funded master’s thesis on the internet, and thanks to Karisma and support from international organisations, the student was acquitted in December 2017.

While “Machitroll Alert” was launched in 2015, it has expanded over the years, and Fundación Karisma keeps adding content to the initiative.

Another addition to the project has been the campaign to make it visible beyond the online world with a series of workshops and events across the country. The first four events took place in Bogotá in September and October 2018.