Media Rights Agenda has been nominated in the Campaigning category 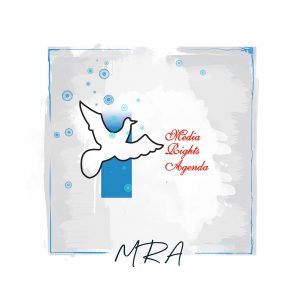 Media Rights Agenda (MRA) is a non-profit organisation that has spent the last two decades working to improve media freedom and freedom of expression in Nigeria by challenging the government in courts.

While the 1999 Constitution of the Federal Republic of Nigeria guarantees the right to freedom of expression, other laws – including the sections of the Criminal Code, the Cybercrimes Act and the Official Secrets Act – limit and even criminalise expression.

Through its active legal team, MRA has initiated strategic litigation targeting dozens of institutions, politicians and officials with the aim of improving the country’s legal framework around media freedom. Its persistent campaigning and lawsuits around freedom of information have helped improve access to government-held data.

A notable example is MRA’s work on Nigeria’s Freedom of Information Act. The organisation campaigned for over a decade to ensure Nigeria adopted its own FOI Act, and even wrote a draft of the bill. Although an FOI act was finally passed, many states and institutions are not complying with the new law.

So far, the organisation has found 66 institutions and two judges that still fail to comply with the act – and has named, shamed and at times sued them. It continues to have many active court cases against government officials and institutions over over the application of the act.

MRA has since also provided pro bono legal services to journalists, including FOI litigation to implement the act, and FOI training to over 2,000 journalists and organisations.

MRA also draws attention to attacks on journalists and the media through its website.

MRA and its partners are also currently challenging the repressive provisions of Nigeria’s Cybercrimes Act, and the case is currently pending at the Nigerian Supreme Court. The Section 24 of the 2015  law has been used by the country’s politicians to accuse journalists of cyberstalking for the publication of critical articles.

At the continental level, MRA was among the organisations that campaigned against internet shutdowns in Africa. The campaign resulted in a resolution by the African Commission on Human and People’s Rights affirming the rights of all Africans to free expression online.

MRA was also one of the organisations that worked to develop the African Declaration on Internet Rights and Freedoms and the African Platform on Access to Information (APAI) Declaration.