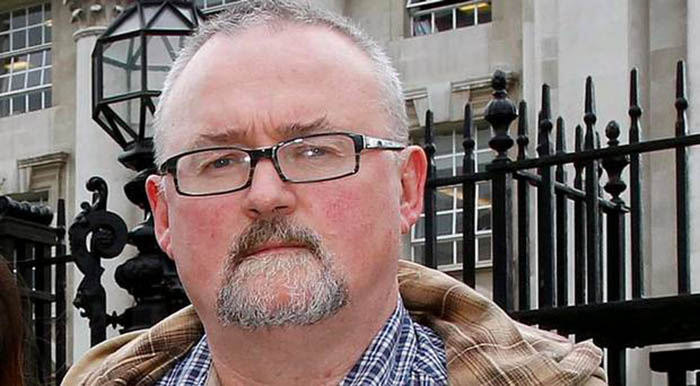 Former IRA member Anthony McIntyre has been granted a UK Supreme Court hearing in an attempt to stop the Police Service of Northern Ireland getting hold recordings of interviews he gave about his role during the so-called “Troubles” in Northern Ireland.

The recordings are part of the Belfast Project, an oral history of Irish republican and loyalist paramilitaries at Boston College, that was directed by journalist Ed Moloney with McIntyre as a researcher. The recordings, gathered between 2001 and 2006, were made on the condition that their content would not be made public until after the death of interviewees except where they had given written permission for their use otherwise.

“These tapes were made solely for academic purposes. They were never intended to be used for criminal investigations,” McIntyre said. “I welcome the fact that the Supreme Court will now hear this case given the important issues at hand.”

Through a mutual legal assistance treaty between the USA and the UK for co-operation in the investigation and prosecution of crime, the PSNI issued subpoenas in 2011 to gain access to recordings made of IRA volunteer Dolores Price as part of their investigation into the disappearance and murder of Belfast mother of ten Jean McConville in 1972. Moloney and McIntyre were unsuccessful in their legal challenges against this subpoena. As Boston College’s legal protections were insufficient to secure the confidentiality of the tapes in the face of British inquiry, the PSNI were granted access to eleven tapes after a legal battle in US courts.

In October 2018, McIntyre attempted to stop the investigation via judicial review, pointing out numerous errors in the International Letter of Request sent to Boston College by the PSNI to obtain copies of the tapes. He lost his legal battle to stop the authorities accessing the recordings.

In the latest issue of Index on Censorship magazine, McIntyre said the attempts by police to obtain the tapes have “limited understanding of the conflict” and have impacted on the ability of future historians and researchers. “It also puts police in charge of what society will know about major areas of activity that is deemed illegal,” he added.

The Supreme Court is expected to sit in early October 2019. In the meantime, the tapes remain unopened at the Royal Courts of Justice until a final verdict is reached.