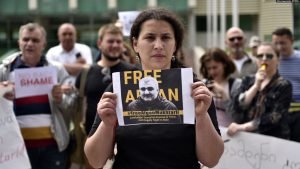 Leyla Mustafayeva is an Azerbaijani journalist and the wife of investigative journalist Afgan Mukhtarli, who was kidnapped in Georgia in May 2017 and later imprisoned in Azerbaijan.

Mustafayeva left Georgia along with her daughter Nuray after being followed by the same individual who was following her husband before his abduction. Today she lives in Germany and continues to campaign for the release of her husband.

When Mukhtarli fled to Georgia, Azerbaijani authorities were shutting down NGO’s and independent media outlets. In Georgia, he continued to openly criticise the Azerbaijani regime as a journalist and arranged protests to demand the release of journalists and political prisoners.

Mukhtarli, who had investigated the State Oil Company of the Azerbaijan Republic, was stalked by employees and later kidnapped. The company has been repeatedly linked to corrupt activity and human rights violations. The oil and gas sector in Azerbaijan is also well known for its lack of transparency and is considered the greatest source of corruption in the country.

Mustafayeva has put her career on hold. Today, she dedicates herself to learning German, integrating into German society and campaigning for her husband’s release.

Index on Censorship: What were the official reasons for your husband being abducted from Georgia and extradition to Azerbaijan, and how does this compare with why he was actually taken

In 2014 he had been interrogated once about the criminal case which had been launched against Radio Liberty. In December 2014 journalist Khadija Ismayilova was arrested. It was the continuation of a crackdown by the Azerbaijani authorities’ against NGOs and the independent media.

After settling in Georgia he started investigating Azerbaijani state money that they had been invested in Georgia. It was obvious that the president’s spouse Mehriban Aliyeva, and his daughters Leyla and Arzu Aliyeva, had invested enough into banking, tourism and the cargo sector in Tbilisi and Batumi. Along with their Azerbaijani business partners, the family-owned big hotels in Tbilisi and Batumi.

Afgan was also very critical of the government in his posts on social media. At that time Afgan was not the only one who had fled to Georgia. Before his arrival to Tbilisi, some activists and journalists had already moved there. He fled to Georgia so that he could avoid being arrested, continue his professional activity, and fight for the release of his colleagues who had been imprisoned.

Along with his friends, he organised protests in front of the Azerbaijani Embassy in Tbilisi and demanded the release of political prisoners, which included journalists.

The investigation was not the only reason he was kidnapped. Imagine one journalist organising a protest in front of the Azerbaijani embassy and demanding for the release of political prisoners while the president’s family is spending millions in European countries trying to build up their image. All of his activities were negatively impacting the reputation of the Azerbaijani government.

Index: What was Afgan working on when he was abducted?

Mustafayev: Afgan was working on similar topics that he had worked on before. He was visiting different places with regard to his investigation and was being stalked by plainly clothed people intensively. The State Oil Company of Azerbaijan (SOCAR) has a security section in Georgia. Afgan told me that the Security Committee of Azerbaijan had replaced their employees in the Georgian branch of SOCAR and that they had been told to stalk activists and journalists in Tbilisi, collect information about the places that they visited, and identify the people who they were meeting. One of the topics that Afgan was investigating was related to SOCAR.

Index: How have you been campaigning for the release of your husband, and what have been the major developments in that campaign?

Mustafayev: After Afgan was kidnapped I decided to stay in Georgia and campaign against both governments. Georgia is responsible for protecting the safety of all the people living within its borders. The Georgian Dream government not only failed to protect our safety but also collaborated with its authoritarian neighbour, the Azerbaijani government, so that it could silence the voice of one critical journalist.

Afgan’s kidnapping was the so-called “victory” of the authoritarian coalition in Georgia.

When I was living in Georgia, Afgan had not yet been convicted. I was hoping that our campaign with the civil society members and journalists would force the authorities to drop the charges against him in Azerbaijan, and reveal to the Georgian people and the world that the Georgian government was responsible for Afgan’s kidnapping.

Until that time, Georgia had been known as an island of democracy in South Caucasus. After Afgan was kidnapped in Tbilisi, it was obvious that it was no longer a place of democracy. When it comes to political interests, the Georgian government ignores fundamental freedoms and human rights.

Index: How has Azerbaijan responded to this campaign?

During one of the court trials in Azerbaijan, Afgan had recognised the Azerbaijani border official that the Georgian kidnappers had delivered him to. Although Afgan was blindfolded after being kidnapped, he could remember the voice of senior border official Azar Shirinov, who had given a testimony in the court.

It has been two years since his kidnapping, and the criminal case that was launched in regard to his abduction in Georgia is still open. Within the last two years, Georgian law enforcement has erased all the facts that confirm his kidnapping from Georgia.

Georgia’s responsible government organisations failed to investigate the case. In this situation, the Georgian parliament needed to set up a special investigation group. However, they refused to do so. I believe that the Ministry of Internal Affairs, the Chief Prosecutor’s Office of Georgia, and the Georgian parliament are still protecting the senior Georgian government officials who were complicit in the adduction. I believe that this is the case because Afgan told me that his Georgian kidnappers were reporting to someone “on the top” about the steps that they had taken during the operation. CCTV in the Ministry of Internal Affairs was also not operating along the streets where the kidnappers abducted him. Law enforcement in both countries has mobilised their administrative power to bury this case. The police and security forces have entered private enterprises, obtained CCTV footage, and deleted all of the evidence. There was only one piece of footage that showed Afgan taking the mini-bus that takes a route to our home. The lawyer noticed one person in the footage who was following Afgan. Our lawyer asked the prosecutor’s office to clarify the identity of that person. The CD containing the video has not been opened since then.

Index: How did your husband’s abduction affect your own sense of security in Georgia and why did you leave the country?

Mustafayev: It was very stressful to live under surveillance. My daughter was asking each evening why her dad did not come home. She had heard about the kidnapping on the news and knew that something bad had happened to her father. She cried each morning when she got up, which she never did before. Once I realised that the person who had stalked Afgan the day before he was kidnapped was stalking me as well, I decided to leave Georgia. I recognised the person from footage on the Rustavi 2 TV channel. Although I had delivered photos and videos of the person who was stalking me and my daughter to the police and the Chief Prosecutor’s office, they did not investigate my complaints and failed to protect our safety. That is why I decided to leave Georgia.

Index: How has all of this affected your own work as a journalist?

Mustafayev: I started a new life in Germany. I have been integrating myself into society by learning the language and continuing my campaign for him. However, it has been extremely demanding. As a result, I have not been able to pursue my professional career like I had hoped after I graduated from journalism school in Tbilisi.

Index: How do you view the state of media freedom in Azerbaijan?

Mustafayev: The main critical and independent websites have been blocked in Azerbaijan. They are the websites of OCCRP, Radio Liberty, exile-based Meydan TV, Turan TV, the Azerbaijan hour TV programme, and the website of opposition newspaper Azadliq. There are around 70 political prisoners in Azerbaijan and five of them are journalists. There is no independent television in the country. The government has taken control of the mass media by blocking the main media platforms that criticised it. About 15 journalists have been involved in the criminal case that was launched against Meydan TV in 2015. In 2017 the president gifted 255 apartments to journalists to mark National Press Day on 22 July 22. During the last 14 years, three journalists have been murdered in Azerbaijan. Those who killed Elmar Huseynov and Rafig Tagi remain free. Azerbaijan has gone down three ranks and is now ranked 166th among 180 countries for media freedom, and is famous for the imprisonment and habitual intimidation of journalists.

Index: What are your hopes for Azerbaijan?

Mustafayev: The Azerbaijani government poses the biggest threat to media freedom in the country. It has already been 26 years since the ruling New Azerbaijan Party took power. They have established deep roots throughout these 26 years by ordering the authorities to “strengthen” their censorship of the media. The Chief Prosecutor’s Office lifted the travel ban that it imposed on journalists in 2015. Sevinj Vagifqizi, the journalist collaborating with the exile-based Meydan TV, was one of them. Shortly after the travel ban was lifted, she was sued for filming election fraud. The presidential elections were held in April 2018. The timing of the case soon after the travel ban was lifted led us to question the true motivation behind the lawsuit. All of this leaves very little space for hope. It shows that Azerbaijani authorities have no intention of pursuing fundamental reforms, and will always silence criticism from the media by any means they deem necessary. 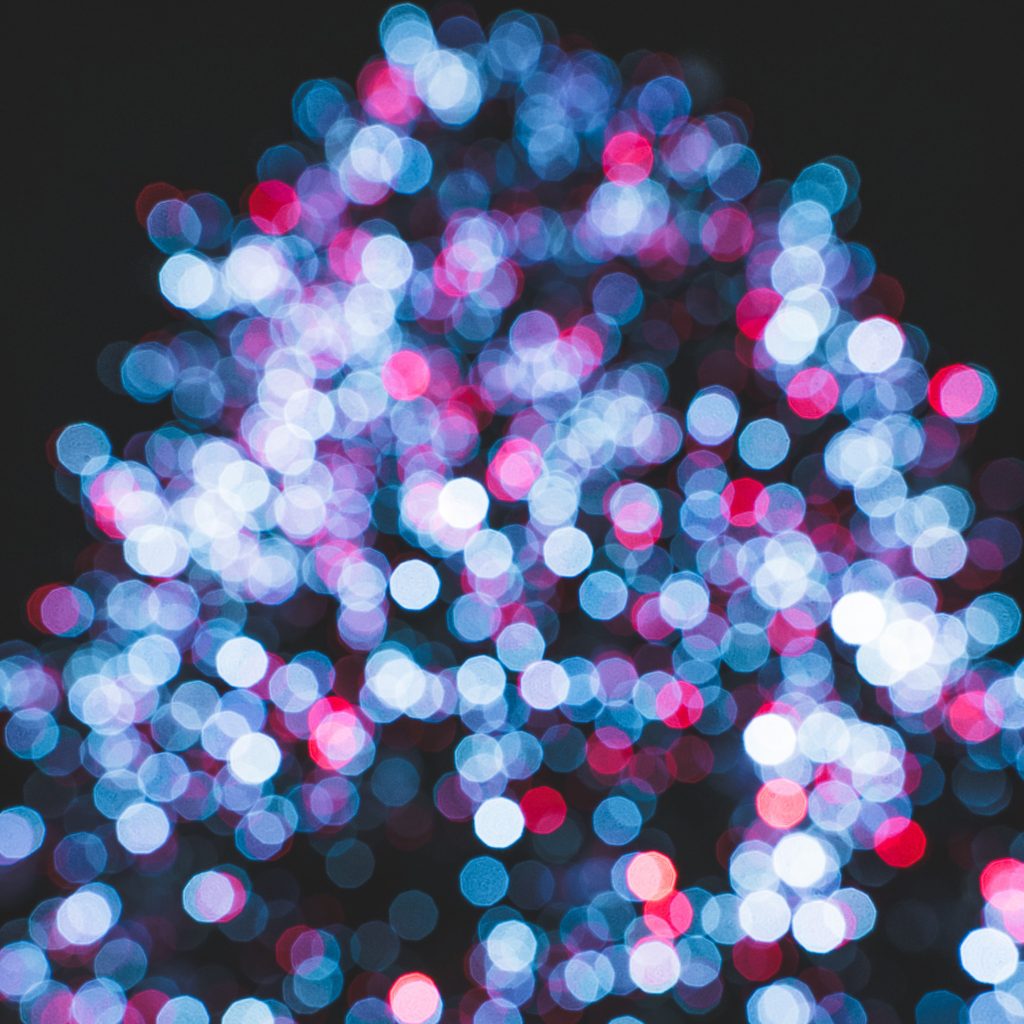 3 responses to “Project Exile: Wife of kidnapped Azerbaijani journalist puts her career on hold to campaign for her husband’s release”