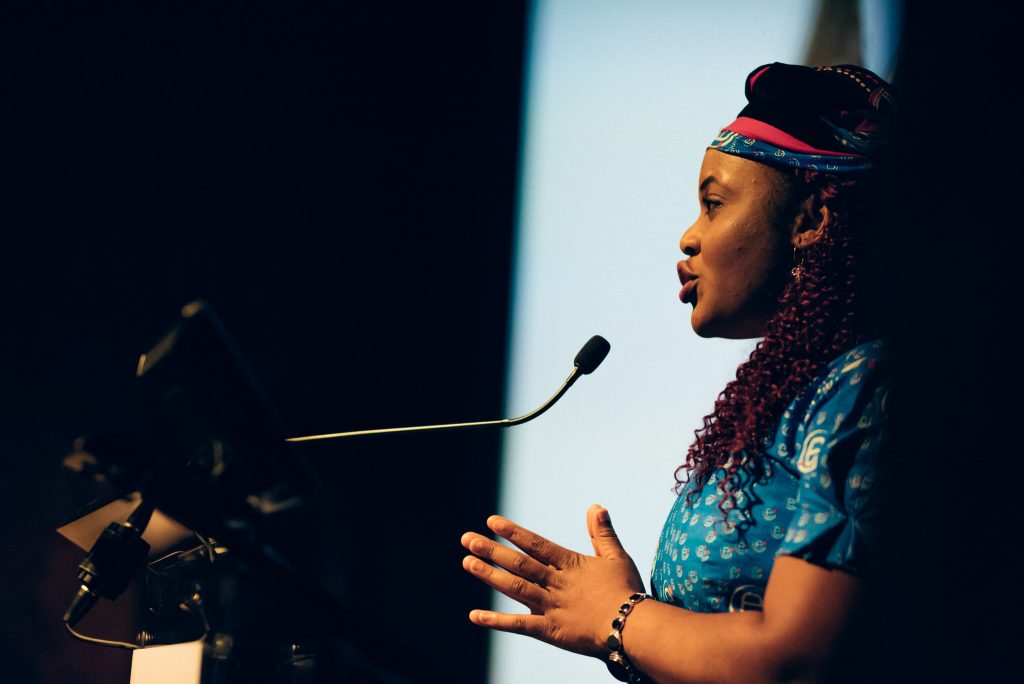 Mimi Mefo, winner of this year’s Index on Censorship Freedom of Expression Award, is due to give a keynote speech at the Integrity 20 conference in Brisbane. The conference, hosted by Griffith University, is an internationally renowned event bringing together the world’s leading thinkers and activists to discuss global issues.

Mefo is due to speak on Friday October 25 on media freedom and the challenges she faces as a journalist in Cameroon.

Her visa was refused because authorities said they “were not satisfied that the applicant’s employment and financial situation provide an incentive to return.”

Mimi – who flew to London in July from Berlin to speak as the guest of the UK government at a major global conference on media freedom – is currently working as a freelance journalist in Germany.

“Australia prides itself on its democratic values, including freedom of expression,” said Index on Censorship chief executive Jodie Ginsberg. “This means it needs to support and champion those being denied the right to speak in their own countries. Denying visas to journalists who have faced oppression and censorship in their own countries simply emboldens the oppressor.”

“It is frankly insulting and belittling to suggest Mimi Mefo would use the opportunity of this keynote to seek asylum in Australia.”

Mefo is due to fly from Australia straight to give the prestigious Carlos Cardoso memorial lecture at the 15th African Investigative Journalism Conference in South Africa on October 28, where Nobel Prize-winning economist Joseph E. Stiglitz will give the keynote.