STATEMENT
One year after murder of Khashoggi, NGOs renew call for justice
01 Oct 2019
BY INDEX ON CENSORSHIP 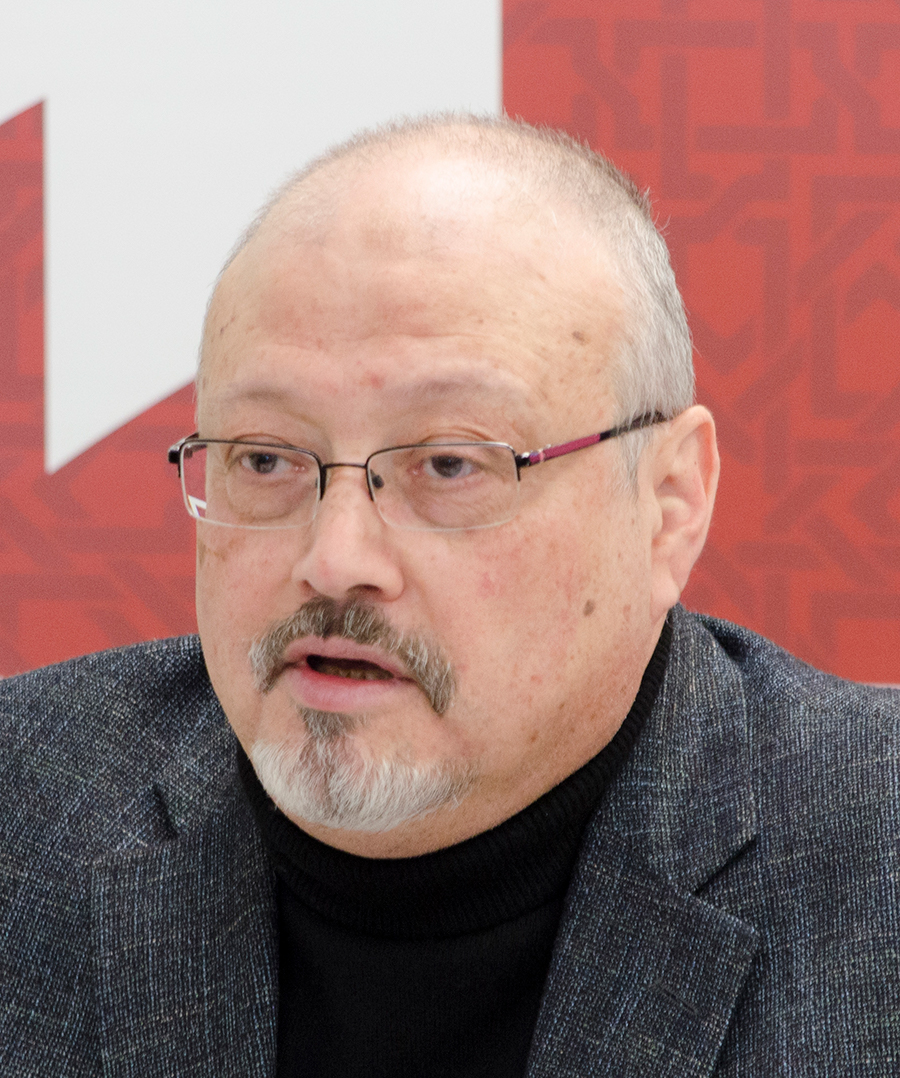 Jamal Khashoggi entered the Saudi consulate in Istanbul on 2 October, 2018, to obtain official documents in order to get married, but he did not make it out alive. He was brutally killed inside the consulate in what the UN Special Rapporteur on extrajudicial, summary or arbitrary executions, Agnes Callamard, called a “premeditated extrajudicial killing” for which the state of the Kingdom of Saudi Arabia is responsible.

Khashoggi was a well-known Saudi journalist and intellectual who, due to safety concerns and the inability to continue his work inside Saudi Arabia, decided to live in self-imposed exile in the United States. He was a firm promoter of freedom of speech and press freedom in the Arab world.

While he was no outright opponent of the Saudi royal family and did not call for regime change in the country, he criticised the arrest of human rights defenders and the reform plans of the crown prince. This alone may have been enough to seal his fate.

After more than two weeks of deception and denial about his death, on 19 October 2018 the Saudi authorities admitted that Khashoggi had been killed inside the consulate by a group of men connected to the authorities, but continued to deny any direct knowledge or responsibility for the crime. One year after his murder, the remains of Khashoggi’s body are still missing and have not been returned to his family.

The Saudi authorities implicated 11 individuals responsible for Khashoggi’s killing, some of whom face the death penalty. They are currently being tried in the Specialised Criminal Court, a jurisdiction notorious for violations of fair trial guarantees. The trial proceedings remain in large part secret, and criminal responsibility in the chain of command has not yet been established.

Khashoggi’s death sparked outrage and was widely condemned. In the days and weeks following his killing, the international community began to ask questions and to demand clarity. The UN Office of the High Commissioner for Human Rights issued several press releases, while the UN Special Procedures on enforced disappearance, summary executions and freedom of expression issued a joint Urgent Appeal. Moreover, the UN Secretary-General, Antonio Guterres, stressed the need for a prompt, thorough and transparent investigation into the circumstances of Khashoggi’s death and full accountability for those responsible.

On 24 October 2018, the EU Parliament issued a resolution urging the Saudi authorities to disclose the whereabouts of Khashoggi’s remains. In addition to demanding an independent and impartial international investigation into the journalist’s death, the resolution also classified it as being part of a pattern of a widespread crackdown against prominent human rights defenders, women activists, lawyers, journalists, writers and bloggers, which has intensified since Mohammad bin Salman began consolidating control over the country’s security institutions.

It stated that the systematic practice of enforced disappearances and extrajudicial killings could amount to a crime against humanity. Lastly, it requested that the perpetrators of Khashoggi’s murder be identified and brought to justice, following a fair trial held in accordance with international standards before an impartial court and with international observers present.

On 5 November 2018, Saudi Arabia’s human rights record was examined by UN Member States as part of the third cycle of the Universal Periodic Review. The killing of Khashoggi was raised extensively during the review and featured heavily among the 258 recommendations the Saudi authorities received to improve the human rights situation in the country. At least 27 states raised concerns about Khashoggi’s extrajudicial killing, with many reiterating the need for a transparent, impartial, independent and effective investigation.

In January 2019, Callamard decided on her own initiative and under the terms of her mandate as UN Special Rapporteur on extrajudicial executions to open a special human rights investigation into Khashoggi’s killing.

On 7 March 2019, in a landmark initiative, a group of 36 UN Member States led by Iceland delivered a joint statement during the 40th session of the Human Rights Council expressing serious concern over the human rights situation in Saudi Arabia and condemning in the strongest possible terms the killing of Khashoggi. The statement reiterated the call for a prompt, independent, impartial and transparent investigation into his murder and stressed the need to protect journalists and to uphold the right to freedom of expression.

During the 41st session of the HRC, on 19 June 2019, Callamard presented her report, which concluded that the murder of Khashoggi was “overseen, planned and endorsed by high-level state officials of Saudi Arabia”. The Special Rapporteur found that both the investigations conducted by Saudi Arabia and Turkey failed to meet international standards and that the ongoing trial in Saudi Arabia of 11 suspects, while seemingly an important step towards accountability, also fails to meet international fair trial standards.

Callamard believes that the killing of Khashoggi constitutes an international crime over which states should claim universal jurisdiction. Asserting that her human rights inquiry is not a substitute for a criminal investigation or a court of law, the UN Special Rapporteur called on the Human Rights Council, the Security Council or the UN Secretary-General to demand a follow-up criminal investigation.

Most recently, on 23 September 2019, during the 42nd session of the HRC, Australia delivered a joint statement on behalf of 23 UN member states raising concerns over the persecution and intimidation of activists, the practice of enforced disappearance and arbitrary detention, and reports of torture and unfair trials as well as extrajudicial executions.

Furthermore, the statement called for an end to impunity over the murder of Khashoggi and highlighted the need for the truth to be established and accountability achieved. We deeply regret that a number of states that had joined the March 2019 statement have now decided to no longer support this immediate call for action. We would like to highlight that states still have the possibility to become co-signatories until 11 October 2019.

Additionally, during the course of the past year and as a response to Khashoggi’s murder as well as the war in Yemen, some governments have suspended weapon sales to Saudi Arabia.

While we welcome the appeals, pledges and measures taken by some states over the past year and consider them as steps in the right direction towards accountability for the murder of Khashoggi, more tangible actions must follow. There is an undeniable risk that with big events scheduled to take place in Saudi Arabia in 2020, such as the G20 summit and the famous Dakar Rally, state-to-state relations could normalise. We cannot stand by and allow the return of business as usual as this would mean that Khashoggi died in vain and that there is little hope for hundreds of other unlawfully disappeared, detained, tortured or executed activists whose cases failed to attract similar levels of international attention.

As Callamard rightly said during a side event at the 42nd session of the HRC: “While one year must feel like a lifetime to Khashoggi’s family and friends, in human justice time and the search for truth it is very brief. Thus we should not lose sight of what we are trying to achieve; we should not lose hope and courage that justice can be attained.”

In that spirit, the undersigned organisations renew their call for action, demanding the following:

We call on the international community, and in particular the UN, to:

We call on the authorities in Saudi Arabia to:

Americans for Democracy and Human Rights in Bahrain

Bahrain Institute for Rights and Democracy

No Peace Without Justice

Vigilance for Democracy and the Civic State