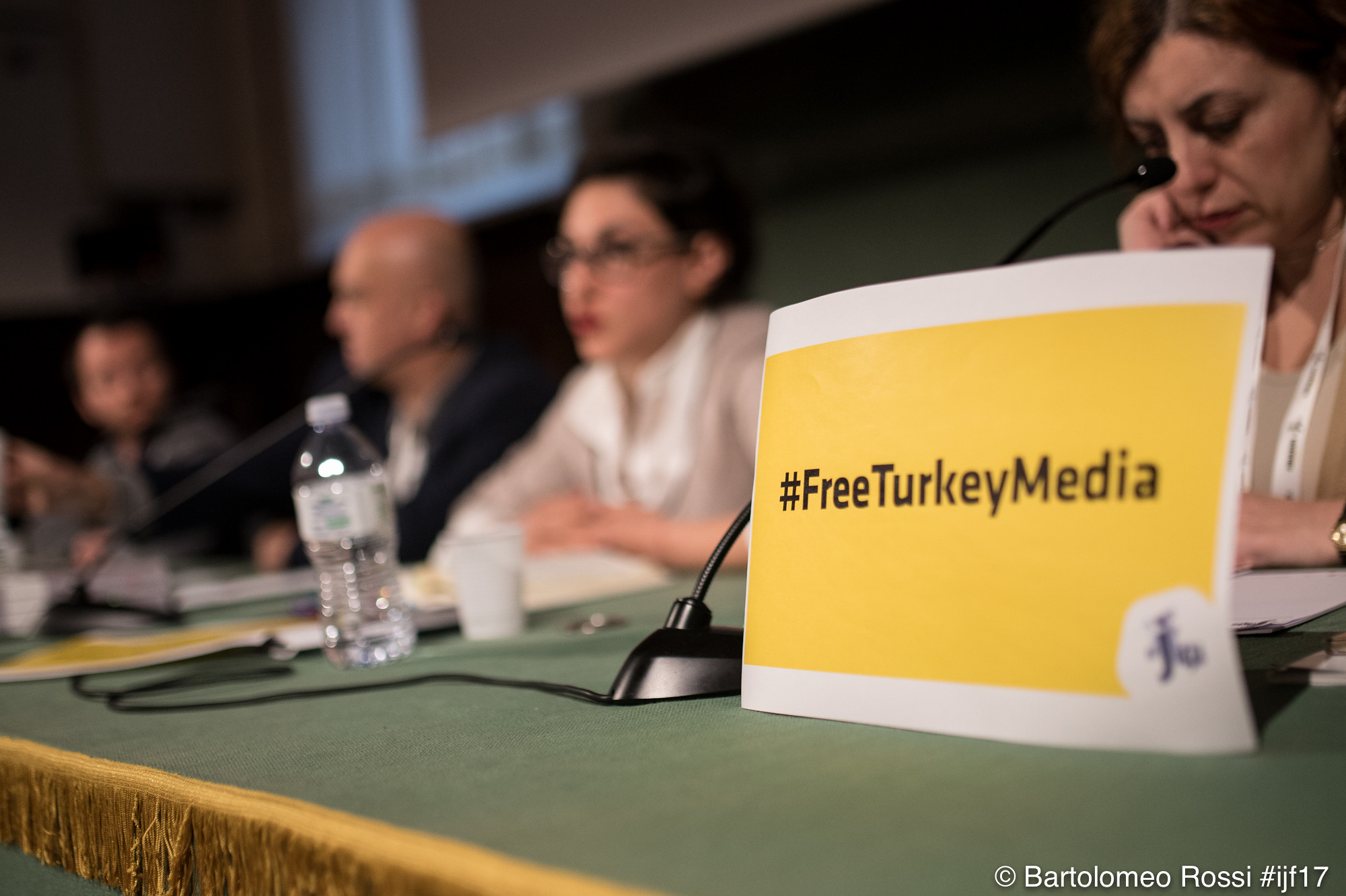 “In the Middle Ages people watched convicts getting quartered in public squares. Nowadays, on social media, they watch reporters as they live-tweet their ordeals: detention, physical attacks on the streets, losing their livelihoods,” said Turkish author and journalist Kaya Genç.

“For most Turks, watching journalists getting sacked or imprisoned or destroying each other’s careers became entertainment.”

Genç spoke to Index to answer questions posed by the Index youth advisory board about life as a journalist in Turkey under President Recep Tayyip Erdogan, and his latest book, The Lion and the Nightingale: A Journey Through Modern Turkey.

The youth board are elected for six months, and meet once a month online over that period to discuss freedom of expression issues. They are based around the world.

Hana Meihan Davis, from Hong Kong, asked how Erdogan managed to strip Turkey of journalistic freedom. Genç explained that divisions have existed between political sects in the media for decades, which the current ruling party was then able to take advantage of.

“When Islamists were in trouble in the 1990s secularists supported court cases against them; when secularists were locked up some liberals applauded; when Kurds were imprisoned most journalists looked the other way. Now as most of their colleagues are sacked or locked up conservatives act as if all is normal,” said Genç, who is also a contributing editor to Index on Censorship magazine.

Amid this sense of apathy Erdogan moved to create “a small army of loyalists in the media” as other news sites and newspapers were closed down.

Davis followed up her question, asking if people realised what was happening at the time? This is a question often asked when we look back with hindsight at the gradual erosion of freedoms. Were people like a frog who doesn’t realise the temperature of his water is slowly being increased to boiling? Genç said some journalists saw the dangers.

“Reporters and editors declared their independence, or found new patrons, and they are producing excellent work away from the influence of state power. I’m sure they were aware of what was happening while they worked at titles now tamed and indirectly owned by the government.”

The landscape for journalists in Turkey today is rocky terrain. There is an acute awareness of the censorship laws that can be imposed, coupled with a determination to provide much needed accurate reporting.

From the UK, Saffiyah Khalique asked about the laws around “public sensitivities”, which can result in imprisonment for up to a year for disrespecting the beliefs of religious groups, insulting Turkishness and other such “offences”. Genç said they are used within society to silence political dissenters.

“Twitter trolls who present themselves as pro-government journalists use these unclear laws to put their enemies behind bars. If an artist, piano player or actor says something critical about the government, they go through their timeline, find something they find insulting, and ask the public prosecutor to step in.”

Despite this possibility of prosecution being ever around the corner, Genç said he does not feel unsafe or threatened as a journalist in Turkey. “I feel free”, he answered to a question from Emily Boyle, a dual citizen of the UK and Switzerland

Recognising the value of objectivity appears to be Genç’s lifeline. When Indian national Samarth Mishra asked what is the most difficult part of being a journalist in Turkey, Genç said: “The hardest thing for a writer reporting from Turkey is to remain objective. You can’t be bitter about the government. Readers can benefit from the cold heart of a writer who does her best to be objective in her reporting.”

The Lion and the Nightingale, Genç’s latest book, was published recently. It takes the reader on a journey through modern Turkey while exploring its history, via interviews he conducted on the road. Egil Sturk, from Sweden, asked Genç if there were any questions he was hesitant to ask his interviewees.

Genç said: “I am hesitant to ask questions about people’s religious beliefs and fiery ideological commitments. I prefer to give them enough space to articulate themselves where the bizarre, the eerie appears like a diamond in a mine. When people feel safe they tell you the most amazing things. Like an analyst you need to just sit there and listen.”

In answer to a question from Aliyah Orr (UK) about the emotional impact of the interviews he was conducting, Genç said:

“The prison chronicle of my friend and colleague Murat Çelikkan …  had the strongest emotional effect on me. We used to work together, behind adjacent desks, and his experience in prison was empowering and unsettling. His account of imprisonment was rich with detail and you could see a great writer disappearing into the story’s characters and particulars of his story.”

Faye Gear from Canada asked what is different about today’s landscape in terms of freedom of expression. To tackle the suppression of free speech, Genç said people must think for themselves.

“I grew up idolising individual thinkers and writers: Susan Sontag, Jacques Derrida, Chantal Mouffe, VS Naipaul,” said Genç. “Nowadays we are invited to subscribe to what seems to be the most forward-thinking tribe and then follow its leaders by liking and retweeting their political snippets.”

In the face of an atmosphere of censorship, Genç remains defiant. In answer to a question from Satyabhama Rajoria, from India, about the struggles he faces as a journalist and author, Genç said: “There is of course always the anxiety that comes with publishing your writing, but that is healthy. Bullies, from the left and the right, may take your sentences out of context but that, too, is something one can deal with.” 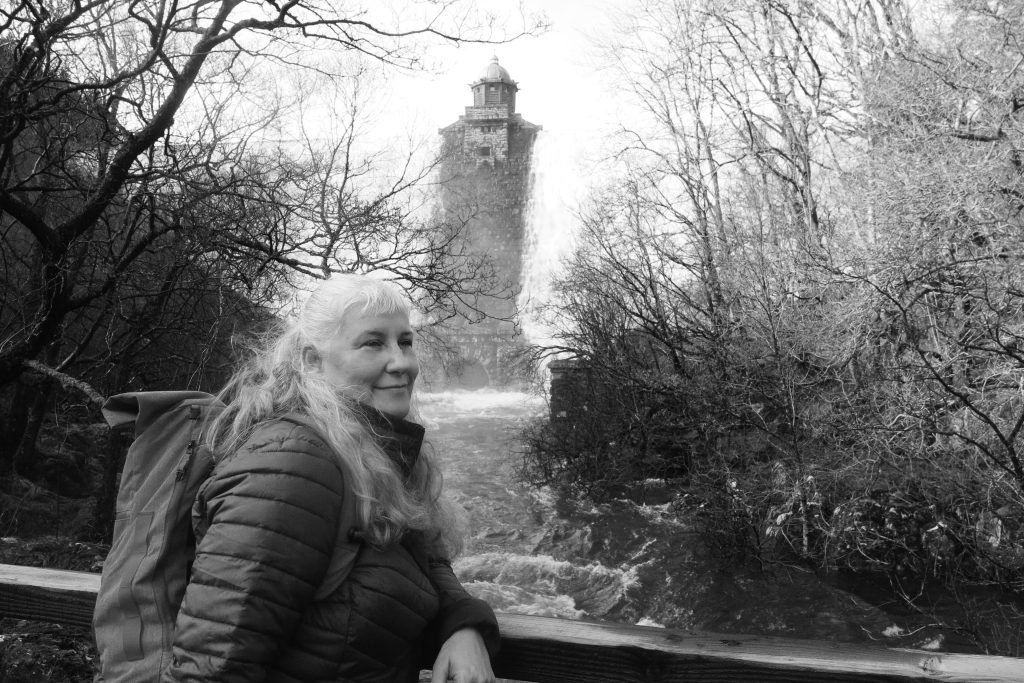