This week, 150 writers and academics signed an open letter expressing dismay at the current state of free and open debate. The list of signatories is like a Who’s Who of contributors to Index on Censorship magazine over the years. We have looked into our archives to dig out some of the articles we have published by some of the signatories.

Margaret Atwood defends fiction as a worthwhile use of free expression, Salman Rushdie decries total censorship in Pakistan, Noam Chomsky examines how atrocities are reported by those committing them, Nadine Strossman writing in 1995 paints a shockingly current picture of the USA today, and Eva Hoffman discusses her relationship with language as a Polish emigrant to Canada.

Don’t tell us what to write – Margaret Atwood 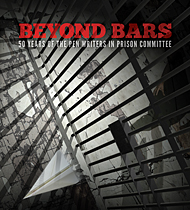 Writing for a special edition of Index on Censorship in 2010, which marked 50 years of the Pen Writers in Prison Committee, Margaret Atwood upheld the importance of being free to write unfettered by expectations or demands. Atwood explored the impulse of journalists to reveal the truth, writing: “You can take the guts out of the investigative journalists, both figuratively and literally, but so far no one has been able to completely suppress the human urge that’s at least as old as the Book of Job: the need to tell.” She also examined attitudes towards fiction. Being a self-described fiction writer and poet, Atwood talked about how fiction writers often write with intentions to make a certain impact, perhaps to better their readers or the world at large, but placing this as a caveat for fiction to be considered worthwhile,”is to fall into the very same kind of thinking that leads to censorship.” Click here to read the full article.

Writers and Apartheid, the June 1983 issue of Index on Censorship magazine.

Is there dark humour to be found in an oppressive regime’s censorship? Salman Rushdie opened his piece, first published in Index in 1983 and republished in 2012 in the 40 year anniversary special issue, by examining this question through his first encounters with the censorship of films as a child. Censorship, he wrote, became less of an abstract source of the absurd when he began to experience it as a personal reality. On returning to Karachi, Pakistan after studying at Cambridge, Rushdie’s attempts at expression and creativity were curtailed by censors, at one point being told “ ‘the word pork may not be spoken on Pakistan television.’” He wrote of the total censorship enacted by the Pakistani government who, unlike the Indian government, had a firm and terrifying grip over journalists. What are the effects of such censorship? Rushdie questioned. “Where there is no debate, it is hard to go on remembering, every day, that there is a suppressed side to every argument. It becomes almost impossible to conceive of what the suppressed things might be.” Click here to read the full article. 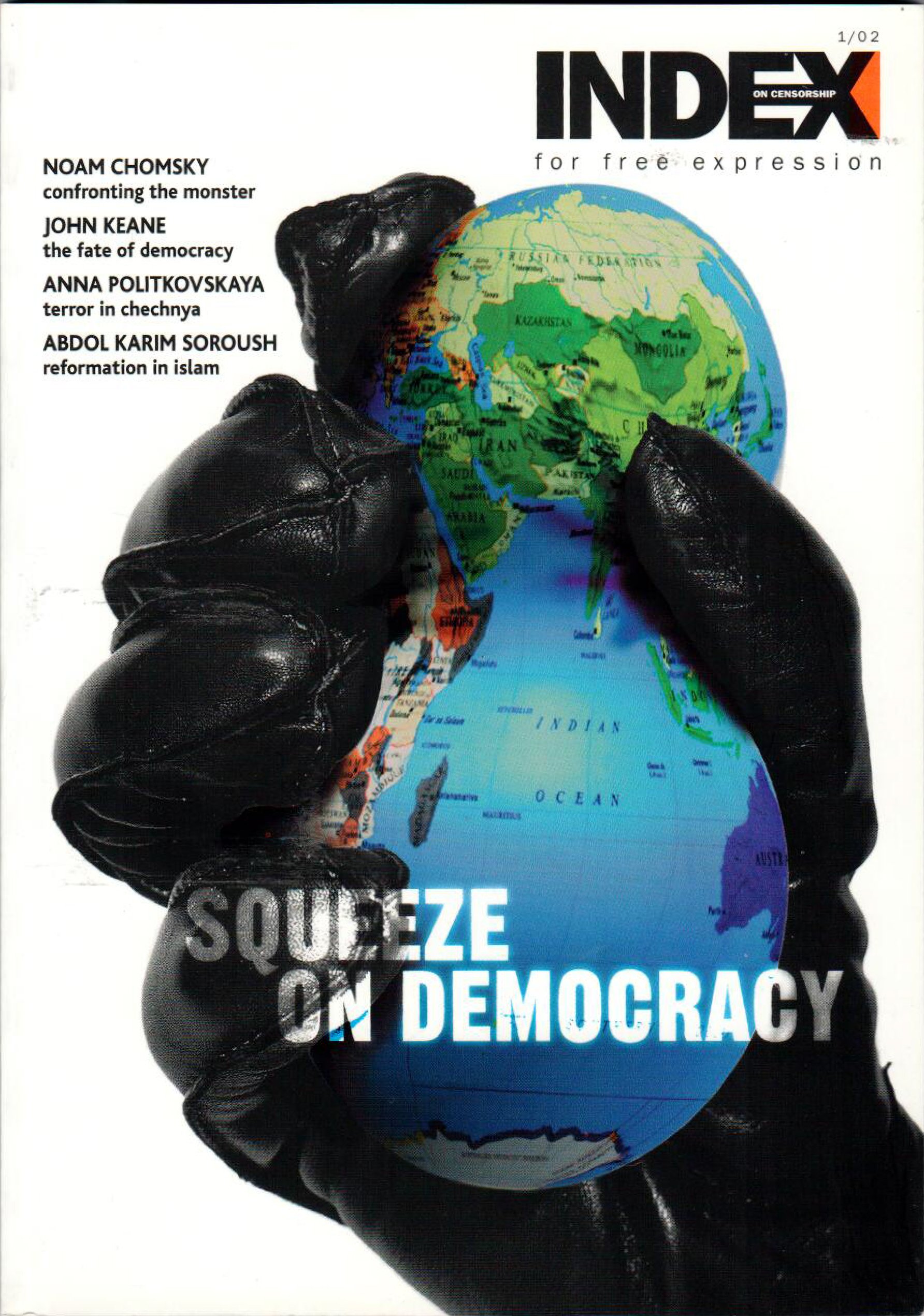 Squeeze on democracy, the spring 2002 issue of Index on Censorship magazine.

Writing in early 2002, arguably of the most pivotal points in recent US history, Noam Chomsky examined the coverage, or lack thereof, of the reaction and aftermath of the 9/11 terrorist attacks, and uses this example to dissect the notions of “them” and “us” in reporting on atrocities. The bombing campaign carried out by the US army on Afghanistan in October 2001, Chomsky wrote, left millions of Afghan civilians starving. Appeals to the US for an end to the bombing from UN bodies were rejected, and this was “virtually unreported”, as was a warning of humanitarian catastrophe from the Food and Agricultural organisation. Chomsky explained that the erasure of one’s own crimes against humanity is not a uniquely American phenomenon writing: “Only those entirely ignorant of modern history will find any of this surprising.” In the early 1990s, Chomsky wrote, the British government removed from the Public Record Office all files concerning the use of poisonous gas against “uncivilised tribes”. He summed up “the powerful determine what counts as history, what passes through the filters is the terrorism of the weak against the strong and their clients.” Click here to read the full article.

Rewriting history, the May 1995 issue of Index on Censorship magazine

Despite having been written in 1995 Nadine Strossman’s article examining attacks on The Bill of Rights, freedom of expression, and the groups in US society these attacks have the harshest impact on, feels startlingly current. Strossman wrote that the government proposals to criminalise desacration of the US flag would amount to “punishing the political protest that should be the most protected form of expression in a democratic society”. The violent dispersal of the ongoing protests sparked by the murder of George Floyd is a chilling reminder of the assault on freedom of expression in the USA today. Strossman highlighted how the rights of non-white groups are being specifically targeted through the disparagement of affirmative action programmes, which displays “the diminished national commitment to racial justice”. This is another topic, it perhaps goes without saying, that is an issue in present-day America. Strossman dissected the actions of politicians as quick fixes for societal problems. Click here to read the full article. 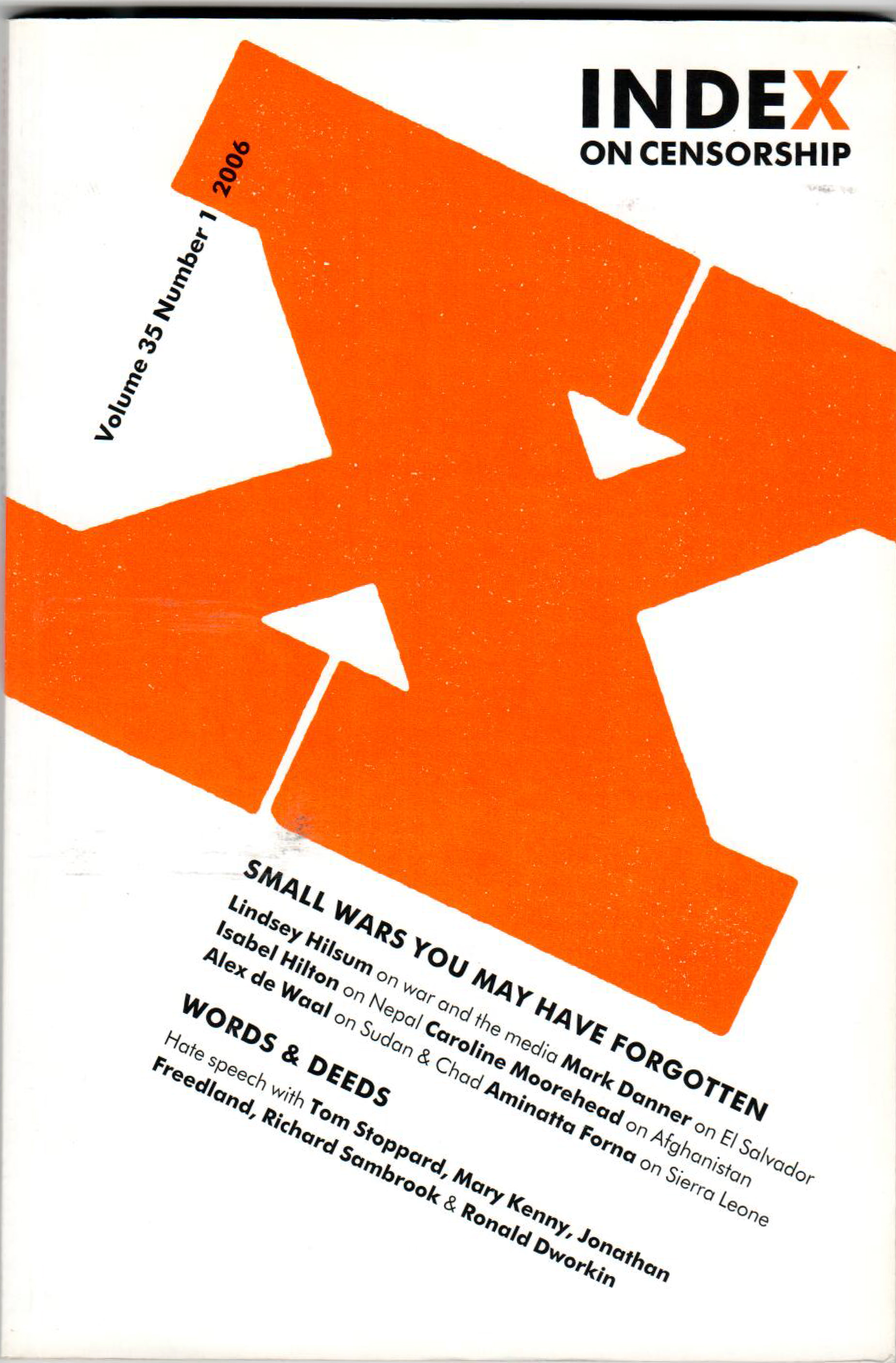 Eva Hoffman, author of Lost in Translation, spoke to then-editor Judith Vidal-Hall about her experience of emigrating from Poland to Canada as a child and developing a new relationship with language. As her native Polish became surplus to requirement, and English loomed as an unknown quantity, “I discovered to what extent language and culture constructs us really. To what extent it informs not only our larger assumptions and ideologies about the world”. Hoffman told Vidal-Hall how, having absorbed English as a second language, she found it to be beneficial as a writer; it gave her a vantage point of two cultures, two worlds. When asked why she started to write, Hoffman explained that through her words she might connect with people who had shared similar experiences: “I had some hope that perhaps I was trying to talk about things that had some meaning for other immigrants as well, that perhaps there was a kind of broader meaning to it”. Click here to read the full article. 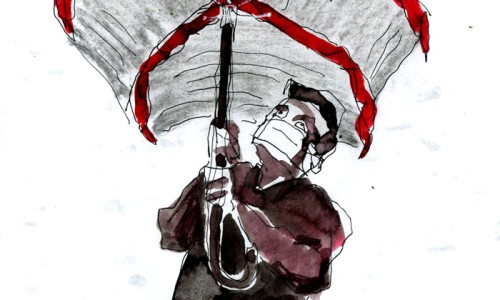 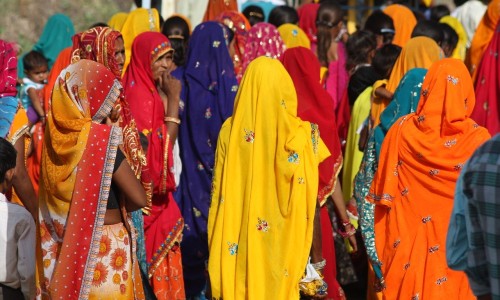 Freedom of expression in India from The Emergency to the present, a reading list
12 Mar 2020 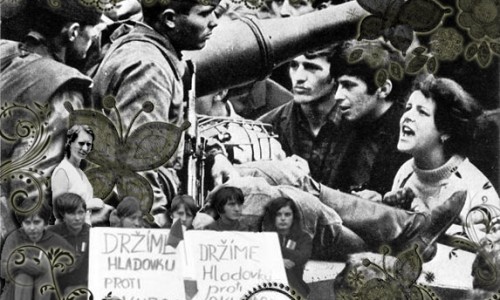 Protest and freedom of expression, a reading list
17 Oct 2019