NEWS
“Have you ever felt joy from finding out a loved one is in prison?”

Yury Savitsky is one of hundreds who have been detained in Belarus following the disputed elections. His wife Ekaterina tells Index her heart-breaking story 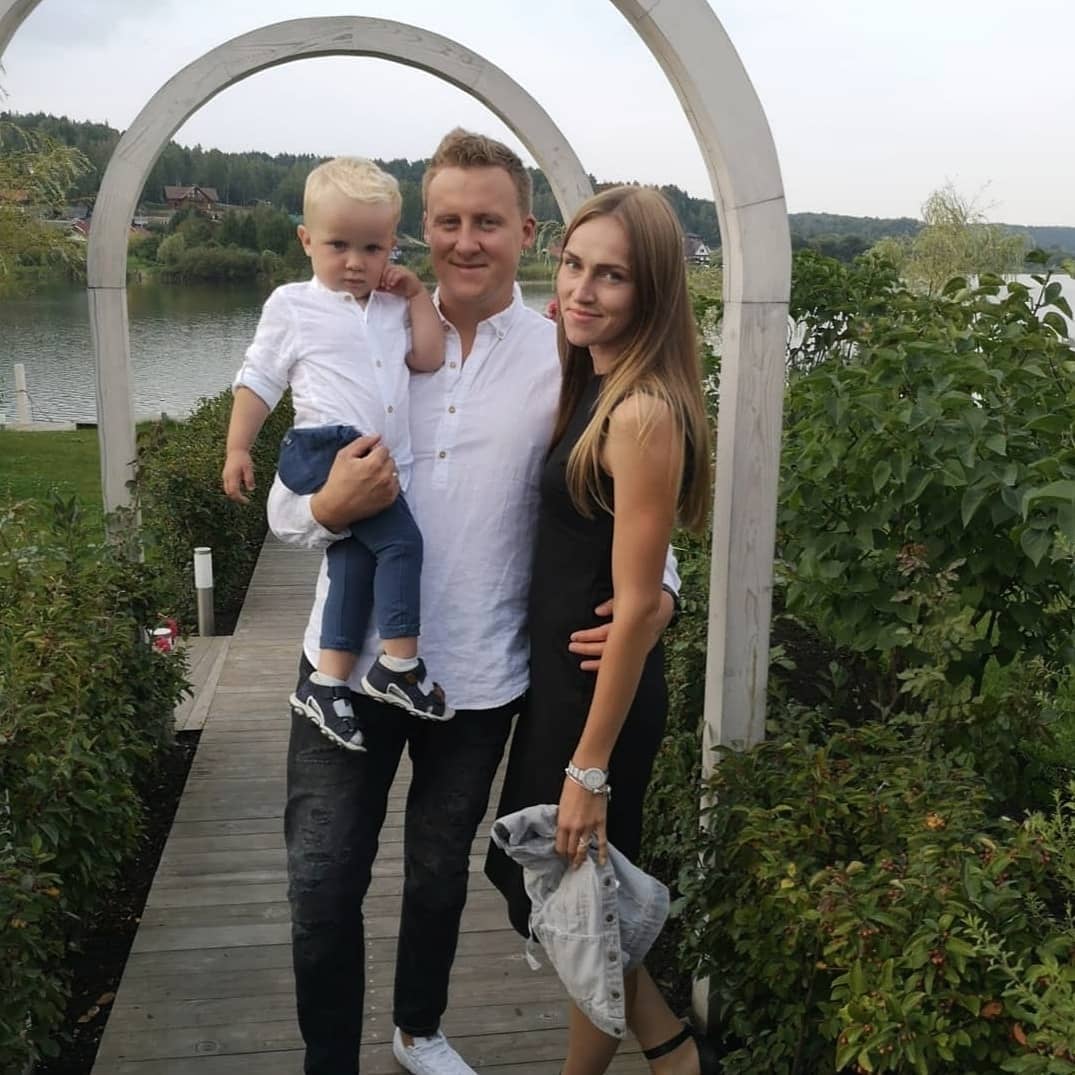 Yury Savitsky, his wife Ekaterina and their son Nikita.

At 6pm on 10 August, 32-year-old Yury Savitsky was working in his tyre repair shop when a group of unknown people burst in, forcefully put his hands behind his back and forced him into a van with tinted windows and drove off.

Savitsky’s abduction came a day after a disputed presidential election in the country which saw incumbent Alexander Lukashenko announced as the official winner, picking up 80% of the vote and giving Lukashenko, who has been president since 1994, another five-year term.

The night before, Savitsky had taken part in a protest against the election results. International observers say that only Lukashenko’s 1994 victory has been the result of free and fair elections and many governments around the world have said they do not accept the result.

Back in May, a number of rivals to Lukashenko’s two and a half decades of power began to emerge: Viktar Babaryka, tech entrepreneur Valery Tsepkalo, popular YouTuber Sergei Tikhanovsky and lawyer Hanna Kanapatskaya.

In independent polls, Babaryka quickly emerged as the frontrunner.

Savitsky was one of those who wanted change.

His wife Ekaterina told Index by email: “My husband joined a group whose initiative was to promote [Babaryka] for president, but due to being busy with family affairs – work, family, helping his pension-age mother – he was not very active.”

As part of this group, Savitsky helped collect just 10 signatures from friends for Babaryka’s electoral registration.

“He consistently read the news and actively discussed with his friends the injustice of what was happening. But I was very worried,” said Ekaterina.

In May, Viktar Babaryka was detained on charges of illegal financial activities and his name was later struck from the election due to alleged financial inconsistencies which he denies.

Two days after Tikhanovsky announced he would run against Lukashenko, he was arrested on charges of participating in an unauthorised protest in December 2019. When his registration to take part in the election was refused, his wife Svetlana Tikhanovskaya decided to run in his place and collected the required number of valid signatures.

Meanwhile, Valery Tsepkalo was told in June that he had not achieved the required 100,000 valid signatures on his registration to take part, despite submitting 160,000. In July, he fled to Russia, fearing for his life.

After the official election result emerged, Svetlana Tikhanovskaya made an official complant but was detained for seven hours and released a video, apparently filmed under duress, calling on the people of Belarus to accept Lukashenko’s victory. After her release she fled to Lithuania where she released another video claiming it was she, not Lukashenko, who had actually won the election and with 60 to 70% of the vote.

Since the disputed result was announced, mostly peaceful protests have sprung up around the country, including women dressed in white forming solidarity chains and handing flowers to the security forces and military which our CEO Ruth Smeeth wrote about here.

Many of Lukanshenko’s opponents as well as critical journalists have been detained or tortured. News outlet Onliner.by reported how blood-stained protesters including journalist Ivan Mourauyou had been detained and beaten in a gym.

After Savitsky’s disappearance on 10 August, his wife Ekaterina – who is currently writing a children’s book about the Belarusian capital Minsk and with whom Savitsky has a four-year-old son Nikita – spent the next five days desperately trying to find out what had happened to him.

“No one from the government would tell me anything about his whereabouts or what had happened to him,” she said.

Ekaterina constantly tried to ring government phone lines where “you can find the status of everything/everyone” but they were constantly busy.  She scoured lists of detained political prisoners that volunteers had been producing.

In desperation, she started visiting the prison in Okrestina Street in the town of Zhodino, where many protestors had been detained, in the hope of catching sight of her husband or hearing news of his fate.

It was a terrible place to wait for news.

She told Index, “In this fiery jar of hell and blindness you find yourself for days at a time, in hopes of finding out at least something about your loved ones. I was praying that at least my husband would be in the Zhodino prison, because rumours are that at least they don’t beat their prisoners and possibly even feed them.”

This period of uncertainty was taking its toll on the family. Savitsky ‘s mother would only utter one thing – “I pray that he is alive”.  The couple’s four-year-old Nikita would constantly ask for his parents.

“In this ordeal, I have been forced to learn not to break out into tears myself and instead support others,” said Ekaterina.

With no official news on who was in the prison, Ekaterina resorted to another method – running up to each released prisoner with a photo of Savitsky and asking “I’m sorry, was there someone with you who looked like this?”

After days of anxious waiting with no news, Ekaterina’s approach bore fruit – one of the emerging prisoners recognised Savitsky’s photograph.

“Have you ever felt joy from finding out a loved one is in prison? As absurd as it sounds, at least I knew my husband was alive,” said Ekaterina.

That was the good news. The bad news was that the government was preparing a criminal case against him. “They had already interrogated him, without a lawyer and without notifying any relatives,” said Ekaterina.

“I started to look for lawyers but many right now are overwhelmed with work and many are not taking on criminal cases,” she said.

Ekaterina eventually found one who would take on the case and returned to Zhodino with the lawyer.

“I was finally able to find out the details – my husband is accused of ‘organising mass protests based on article 293 of the Republic of Belarus,’” she said.

“My husband is accused of participating in and organising massive unsanctioned/illegal protests. He is also charged with the crime of using his vehicle to block the critical movement of people and vehicles, even though he doesn’t own a car and was without a car that night.”

“He didn’t break anything, he didn’t throw anything, he didn’t use any means of force,” she said. “I supported my husband, because I consider him a brave and responsible person. He went to the peaceful protest, hoping to impact change in our country and for the future of our son.”

On 19 August, Alexander Lukashenko announced he had ordered security forces to end the unrest in Minsk, despite protests from around the world.

Savitsky faces up to 15 years in prison if convicted.

“I am overcome by horror,” said Ekaterina. “At the moment, my husband is the only breadwinner in our family. But the most terrifying thing – at home awaits his four-year-old son who doesn’t understand where his dad is. I don’t know what to tell him.”