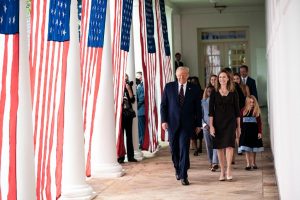 After the death of Ruth Bader Ginsburg, President Donald Trump was quick to fill the hole left by her on the Supreme Court.

As he nominated Amy Coney Barrett for the role over the weekend, Trump called Justice Ruth Bader Ginsburg “a true American legend…a legal giant, and a pioneer for women”.

But what of Coney Barrett?

Announcing his choice for the vacant role, the president said Coney Barrett possessed “a towering intellect, sterling credentials, and unyielding loyalty to the constitution”.

As with any nominee to the Supreme Court, there has inevitably been a focus on Barrett’s stance on a multitude of issues, including particular scrutiny on key issues such as abortion and LGBT rights. However, Coney Barrett’s stance on matters of free speech has been difficult to determine.

As the Supreme Court acts as the USA’s highest court, its rulings on all matters, not just free speech, are vital. The highest court in the land has the final say and therefore, for Index, exactly where each judge stands on their own personal interpretation of the First Amendment is of paramount importance to judging the extent of the limitations to free speech.

The Institute for Free Speech – an organisation set up to “promote and defend the First Amendment” – recorded the actions of the initial candidates, for the position including the successful nominee Coney Barrett, in an attempt to gauge their overall position on free speech law. Coney Barrett does not have extensive records on dealing with cases concerning the First Amendment, but research done by IFS concludes that there are positive signs among what little cases there are.

Coney Barrett, currently judge of the United States Court of Appeals for the Seventh Circuit, has been involved in a number of free speech cases since 2018. IFS reports that “Barrett may be willing to expand free speech protections in limited but nevertheless important contexts”.

But the 48-year-old’s record on dealing with whistle-blower cases has been mixed. In August this year, Coney Barrett’s court favoured the First Amendment and the right of a public employee to raise alarm. However, in the case of Kelvin Lett, a Chicago investigator who refused to change a police report under direction from his supervisor, Coney Barrett ruled: “Lett may have had a good reason to refuse to amend the report [but this] does not grant him a First Amendment cause of action.”

Coney Barrett has also faced scrutiny over her faith, with some questioning if her Catholic faith hinders her decisions. Pro-choice activists have consequently raised concerns over her views on abortion rights and whether she will curtail freedoms in that respect. That said, in an interview earlier this year, the judge stated: “I think one of the most important responsibilities of a judge is to put their personal preferences and beliefs aside. Our responsibility is to adhere to the rule of law.”

Conservative issues and tensions in the country have heightened since the Black Lives Matter protests erupted in May, after the killing of George Floyd. According to Fox News’ Harmeet Dhillon, there is clear friction “between government speech and the creation of public forums for expression” regarding the use of murals by BLM protestors.

Coney Barrett, a conservative herself, could well be ruling on this issue should it face the Supreme Court. The Washington Post has been clear to the point out that the death of Bader Ginsburg was a clear opportunity for conservatives to “cement their dominance” with a 6-3 majority on the court.

While Coney Barrett herself insists that personal beliefs should be kept aside, the majority may prompt conservatives to bring back more contentious issues to the court. The Post said: “The court’s conservative wing has outvoted liberals to carve out religious exemptions from federal laws; to strike down campaign-finance regulations as violations of the First Amendment; and to allow gerrymanders under the view there was no way to determine when a partisan legislature had gone too far.”

The jury, it seems, is still out, which is worrying for us at Index. The question of her commitment to the First Amendment and what it protects for freedoms more generally is of critical importance. Of course it comes at a crucial time, after years of a Trump administration in which freedoms, in particular of the media, have been chipped away. 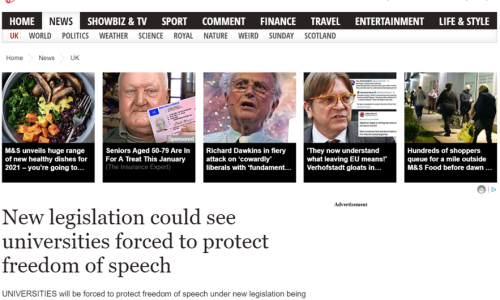 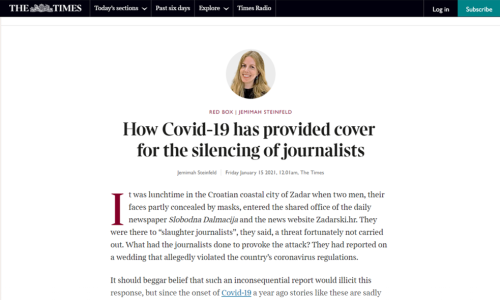 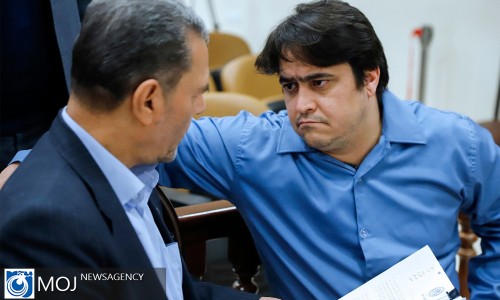