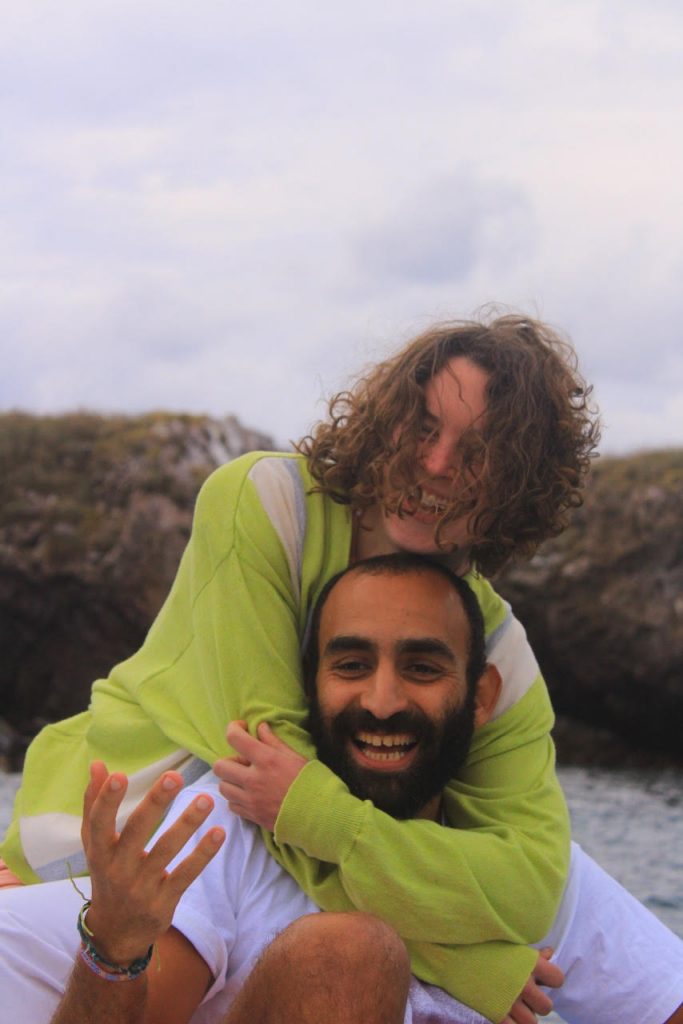 Kelly and Ennarah in happier times

Two months ago, British documentary filmmaker Jess Kelly was making plans for a happy future. She had just got married and she and her Egyptian husband Karim Ennarah were planning on a life together in London.

Today, the future could hardly be more uncertain. Ennarah is in an Egyptian jail facing charges of belonging to a terrorist group and spreading false news, with the threat of a long jail sentence.

Ennarah’s ‘crime’ was to meet in early November with a group of European diplomats, including from the UK and the Netherlands, to discuss human rights issues in the country. Ennarah works as criminal justice unit director for the Egyptian Initiative for Personal Rights. His work focuses on human rights abuses within Egypt’s policing and the criminal justice system.

Speaking to Index, Kelly said, “I was in London on the day of the meeting and we were on the phone. He mentioned he had to get up early and had an important meeting with a couple of diplomats.

“It was typical of him to underplay the importance of these things and also to underplay his role. He joked that he was going to have to wear a suit. I didn’t know then it was going to be such a historic turning point,” said Kelly.

A few days later, Ennarah travelled to the Red Sea town of Dahab for a short break with friends. Kelly planned to join him there.

On the day of his arrival, Ennarah received a phone call to say that his EIPR colleague Mohammad Bashseer had been arrested. He thought about turning around and heading straight back to help but he decided to stay for one night.

Kelly says, “That night he called me, he told me the police had come to his mum’s house and told me to prepare for the worst. He couldn’t couch it in comforting terms.”

“I was doing my degree in Arabic and was spending the second year in Cairo. We were introduced by mutual friends. At the time, he was working for the UN in South Sudan and he started working for EIPR in 2011, just after the revolution. We got together in 2015.”

Ennarah was well suited to his new role.

“He found himself very suited to the job of advocacy,” said Kelly. “His sense of right and wrong was strong and he has an encyclopaedic knowledge of human rights. He is also a very good speaker and can talk to anyone.”

EIPR is one of the few remaining human rights organisations in Egypt.

“Over the years, Karim has supported many journalists who come to him for comment,” said Kelly. “EIPR are the ones in the know, they are the only people taking testimonies and conducting proper research into abuses of human rights, whether of minorities or in the criminal justice system.”

Kelly says that the human rights situation in Egypt has deteriorated over the years and the authorities have been locking up political prisoners at an increasing rate.

“I have made films in most countries in the Middle East – Iraq, Lebanon, Kuwait, Saudi Arabia. Egypt is the only place I have never been granted a visa. People see Egypt as a holiday destination where you can drink and people have a good time. It is well known to us in the media that Egypt is the only place that you don’t try and expose things because you will be locked up.”

Someone has to keep fighting

On 18 November, the couple’s concerns materialised. Ennarah was sitting in a restaurant in the Red Sea town when he was arrested by the authorities.

During a four-hour investigation, security forces confiscated his laptop, phone and personal belongings and ordered his pre-trial detention for 15 days on charges of “joining a terrorist group”, “using a social media account to spread false news” and “spreading false news”. The prosecutor said the charges were based on security investigations showing that Ennarah “agreed with a group inside prisons to spread false rumours that could undermine public peace and public safety.”

Ennarah is not alone – Patrick George Zaki, a human rights activist who had previously worked with EIPR, and the organisation’s executive director Gasser Abed El Razek have also been arrested.

“When Patrick Zaki was detained in February, it was a huge shock for everyone,” said Kelly. “We discovered that they had interrogated him and had asked about Karim by name.”

Despite this worrying development, Ennarah did not flinch.

“Karim is someone who is not going to run away from anything until he is forced to,” said Kelly. “We spoke about how it wasn’t safe for him but he just was never going to give up this role. There are not many people who can take it one, he would say, someone has to keep fighting.”

He loves Egypt the most

Kelly has not been able to speak with Ennarah or get him a message since his arrest a week ago but she believes emphatically that he will be strong.

“Karim is very resilient and very pragmatic,“ said Kelly. “He will be confident that he has the best people working on his case get him out. He is very strong-willed but I think it is going to be very hard for him to think about his mum and me. He wouldn’t have wanted me to put my life on hold but I can’t think of anything else.”

Kelly speaks to Ennarah’s mother regularly. “When we talk, she seems pretty strong. She is proud of him. She says to me, ‘He is the person who loves Egypt the most. How could they level these accusations against him?’”

Kelly believes that applying pressure now – before there is a trial or sentencing – offers the best chance of getting him free. Some 90,000 people have already signed a petition started by Kelly to UK foreign secretary Dominic Raab calling for the UK government to demand his release.

Next Monday is Ennarah’s 38th birthday and it will be a difficult day for Kelly and Ennarah’s family.

“Just two months ago when we got married we were dreaming of our future together. Now I don’t even know when I’ll get to see him again,” she said. “I couldn’t wait to have him by my side. Now our life together has been crushed.”

She says the charges against Ennarah are totally unfounded.

“His only crime is to dare to believe that Egyptians deserve the most basic of human rights.” 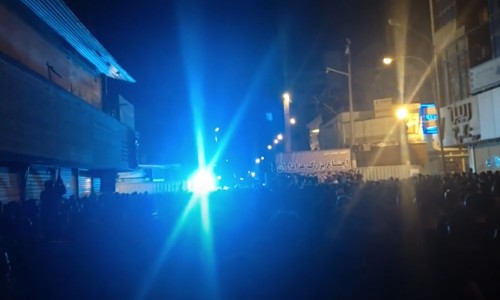