Today, as the first people in the UK receive the Covid-19 vaccine, we need more information and genuine engagement with those with concerns 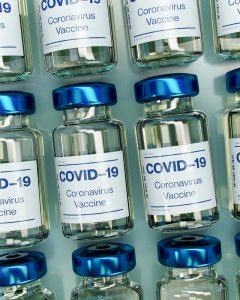 As soon as Matt Hancock tweeted the news last week that the Pfizer/BioNTech Covid-19 vaccine had been approved in the UK, the negative responses flooded in. “Take it at your peril. Eminent Drs in this field say it’s dangerous. It could cause death to those who later come in contact with the virus, & infertility in women. Who knows what else it will do,” said one. “It’s like boasting you won the race to Chernobyl” read another.

It’s tempting to dismiss these responses. But doing so would be counterproductive at best. Right now we need more information. And more information will involve bringing those who have reservations and fears about getting the vaccine into the public conversation.

Index is not a medical charity and it is not our job to write about the merits or demerits of the various vaccines. What is our job is to safeguard our freedoms. When it comes to vaccines, the territory is very challenging – and incredibly important. We strictly stand against enforcing the vaccine through mooted measures such as vaccine passports or banning the unvaccinated from foreign travel or school. Actions like these which would restrict freedoms for the unvaccinated are deeply troubling and could be tantamount to coercion.

But that doesn’t mean inaction is acceptable either. When there are surveys like the Opinium poll released at the weekend saying as many as one in three might not take the vaccine, we recognise that one person’s right to refuse a vaccine might impact another person’s right to live without fear of catching a deadly virus. There are members of the public that won’t be able to vaccinate who are very vulnerable, such as those undergoing treatments for certain illnesses, pregnant women and newborns. Without herd immunity – most easily achieved through mass vaccination – they all run the risk of catching Covid-19 and we recognise that the government has a duty to protect them.

Communication is the most ethical form of advocacy. Moreover, it’s most likely the most effective. The government – and all of us as members of society – must listen to people’s fears. Rather than mocking those who tweet at Matt Hancock that the vaccine can cause “death to those who later come in contact with the virus” and “infertility in women” we would have far more success at convincing people to vaccinate if we address these points. Is there any evidence for the claims? Where does this information come from? What are the risks?

If there is even a morsel of truth to some negative assertions, they should be discussed. And in discussing we must change how we discuss. Emily Oster is an economics professor in the USA. When she was pregnant with her first child, she was frustrated by blanket guidance saying things like “do not drink”. She found it disempowering and unhelpful. She dug into the data and wrote a book called Expecting Better, now a bestseller. It changes the terms of the discussion by expanding it. Instead of saying do not drink, she qualifies the risks and empowers her readers with a more complete picture.

We need to take a leaf out of Oster’s book and talk more openly about risk. No vaccine is 100% safe. Nor is crossing the road. Or walking down stairs. Or eating seafood. Rather than dismissing people’s concerns about the risks, we need to acknowledge them – and most importantly contextualise them. How does the risk of taking one vaccine weigh against relatable risks that we take day-to-day, like driving a car or consuming alcohol?

Finally, we need to adopt a no-size-fits-all policy. We cannot expect to reach everyone through the same messaging. New York’s Jewish Hassidic community has seen a series of measles outbreaks over the last few years exacerbated by an anti-vaccination handbook which was finding popularity in the community. In response a number of Orthodox Jewish nurses formed a group to combat the issue. As part of their grassroots approach, which involved going into people’s homes, they worked with community rabbis to discount some of the false claims in the book, such as one saying the MMR vaccine violates kosher dietary law. Health officials praised the group’s approach as highly effective at persuading parents to vaccinate their children. Their voices were simply more trusted in the community than outside voices.

We need to learn from examples such as this. We know Covid-19 has affected different groups in different ways – and that different groups have very different fears about the vaccinations. We need to tailor the message, advise and approach to each audience and their needs.

The same applies to how we talk about those who don’t vaccine. There is a tendency to lump them all in the same bracket – “anti-vaxxers”. Let’s stop that now because the reality is far more complex than a singular monolithic group of vaccine sceptics. Those who are strongly against vaccines (the stereotypical anti-vaxxers frequently derided by mainstream media) represent only a small proportion of the non-vaccinating population. Some who don’t vaccinate are what can more accurately be described as fence-sitters or vaccine-hesitant people. Many others simply slip through the net. Often these people have had every intention to vaccinate but didn’t receive letters, reminders or easy-to-digest guidance about when and where to get vaccines. It’s clear that these different segments warrant very different approaches.

There will be no easy way to ensure strong vaccine uptake. But if Index can offer any advice having documented a smorgasbord of attacks on science over the years, it’s that we can’t just rely on “the facts” to win the day. We need to work hard to persuade people. We need to invite everyone, including those we strongly disagree with, to air their fears and objections. We must not assume that “silenced in the public sphere” means “vanished in the private sphere”. We must empower people with more information, not less. And we must ensure effective communication and outreach in communities with distinct characteristics. Now more than ever we need to offer platforms for everyone to speak and we need to really, really listen in return.

A debate will feature in the forthcoming issue of Index on Censorship magazine, out mid-December, which considers the question of vaccine misinformation online. Two leading professors of global health policy and vaccine resistance take opposing sides on whether social media companies have a moral duty to remove misinformation. Click here for more on the magazine.