NEWS
Navalny writes from his penal colony: "Books are our everything"

Alexei Navalny, the Russian opposition leader and Putin critic, is using Instagram to send messages from the penal colony where he is being held to the outside world about his ill-treatment.

Navalny has been in the colony since February, as a direct result of his poisoning with Novichok nerve agent last summer.

The vocal critic of Vladimir Putin’s leadership collapsed on a flight in August and was taken to Omsk where he was treated before being airlifted to Berlin. The doctors there concluded that he had been poisoned with the nerve agent, with the FSB in the frame for doing so, which they deny. [In a bizarre twist, one of the doctors at the Omsk hospital recently disappeared and was found two days ago wandering around a forest.]

He spent a month in Berlin in recovery before returning to Russia, despite threats that he would be detained.

On his return, he was arrested and put on trial for charges relating to an embezzlement case dating from 2014 for violating parole conditions associated with that case. Index and others believe that the charges are politically motivated and are designed to stop Navalny from contesting elections. Navalny’s argument was that he could not register twice per month as agreed in those conditions because he was in hospital.

Despite his arguments, Navalny was sentenced to almost three years in a penal colony in Vladimir Oblast, east of Moscow.

His Instagram feed – updated by his supports and family – reveals that he has been denied medical care, been tortured with sleep deprivation and is being held in unsanitary conditions with many fellow inmates suffering from tuberculosis.

On 31 March, Navalny announced he was going on hunger strike to protest that he was not receiving adequate medical treatment for acute pain in his back and a loss of feeling in his legs and was being deprived of sleep.

“I have the right to call a doctor and get medicine. They don’t give me either one or the other, “ he said.

“Instead of medical assistance, I am tortured with sleep deprivation (they wake me up eight times a night),” he wrote in one post.

A week later he revealed that there was a high incidence of tuberculosis in the colony, with three out of fifteen in his “detachment” with symptoms.

“Inside there are unsanitary conditions, tuberculosis, a lack of drugs. Looking at the nightmare plates on which they put gruel, I’m generally surprised that there is no Ebola virus here,” he wrote.

On the 13th day of his hunger strike, he complained that the books he had brought with him had been confiscated and that books that he had requested had not been provided.

Navalny had requested a copy of the Koran in order to better understand Islam.

He wrote, “I came here a month ago and brought a bunch of books. And ordered a bunch of books. But so far I have not been given a single one. Because all of them ‘must be checked for extremism’. It takes three months.”

He has now filed a lawsuit against the colony for their failure to provide them.

“Here books are our everything, and if you have to sue for the right to read, I will sue,” he wrote.

Four days later, his captors threatened to force-feed him.

“This morning, a woman colonel stood over me and said: your blood test indicates a serious deterioration in health and risk. If you do not give up on your hunger strike, then we are ready to move on to force feeding now. And then she described the delights of force-feeding to me: straitjacket and other joys,” he wrote.

By 20 April, Navalny called himself a “walking skeleton” but revealed that the messages of support from Russia and around the world were sustaining him.

On 23 April, he wrote, “As Alice from Wonderland said: ‘Here you have to run to stay put. And to get somewhere, you have to run twice as fast.’…I ran, tried, fell, went on a hunger strike, but all the same, without your help, I just broke my forehead.”

Navalny says that the attention focused on him has meant that he finally started receiving some medical treatment.

“Two months ago, they smirked at my requests for medical assistance, they did not give any medicines and did not allow them to be transferred. A month ago, they laughed in my face at phrases like: ‘Can I find out my diagnosis?’ and ‘Can I see my own medical record?’” he wrote.

He has now been examined twice by a council of civilian doctors and has now abandoned his hunger strike.

“It will take 24 days and they say it is even harder [than the hunger strike itself]. Wish me luck.”

On 27 April, he looked back on the previous 12 months, calling it “the year of doctors and nurses and physicians in general”.

“I have never talked so much with them in my life,” he said. “First, the doctors saved me, who was dying from chemical poisoning on the plane.”

He added, “Then they rescued me a second time, risking their careers, explaining to my wife and everyone that I should be immediately taken away from the Omsk hospital, where their evil colleagues will kill me (they will not just treat me) on the orders of the Kremlin.”

“Then the Charité doctors [in Berlin] turned me from a vegetable back into a human being.”

Navalny said in his Instagram message that some doctors had fought a desperate campaign to get him normal treatment.

“Thanks to my prison doctors. I understand that they are just working within the framework that was given to them by their superiors, and therefore by the Kremlin. I can see now that people are sincerely trying to help. Yesterday, the nurse made a mark on my wrist with a pen, so as not to forget the hour when I had to give the next three tablespoons of oatmeal.”

He added, “You know, even through what I had been through all these months: I want one of my children to be a doctor. Although the children are probably not already. Well, let one of the grandchildren then.”

On 2 May, the day that the Russian Orthodox church celebrates Easter, the following message was posted on Instagram.

“How long I have been waiting for this Easter? Lent this year turned out to be difficult for me. Unfortunately, I will not be able to share a fully-fledged Easter meal today: I am still in the first half of my fascinating transformation from a skeleton barely dragging its feet into just a hungry man. But I will eat a few spoons of porridge allowed for me with an excellent Easter mood. Indeed, on such a day, I know and remember for sure that everything will be fine.”

Index and the rest of the world are watching to make sure everything will be fine. 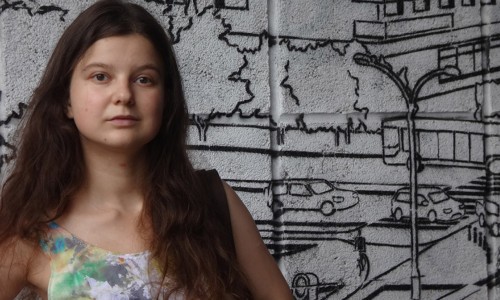 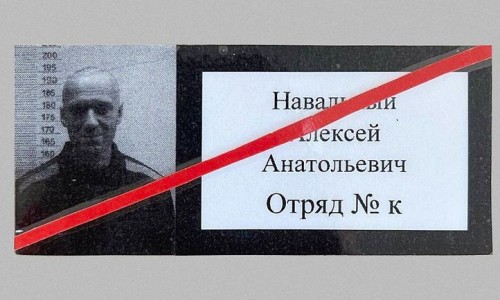 Navalny writes from his penal colony: "Books are our everything"
12 May 2021 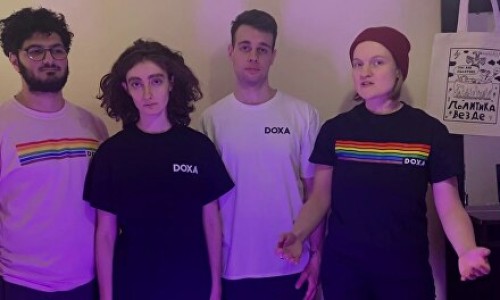