As Western forces leave the country, the free press faces a uncertain future under the Taliban

I was on a conference call with my colleague Ajmal Omari a while ago when we were briefly interrupted by what seemed like static. The disruption was no more than the usual challenges of internet connectivity one faces while working in Afghanistan, and we continued our conversation.

After the call, Ajmal texted me to inform me that the “interruptions” were actually a number of BM-1 rockets hitting the neighbourhood of his office. While he and his colleagues survived the attack, there was considerable damage to their building and vehicles parked outside. For Ajmal, a dedicated, talented Afghan reporter and journalist, this was yet another close call.

Despite much progress in the area of free speech and expression, particularly in the years that followed the fall of the Taliban, Afghanistan is a high-risk country for the journalists who work here. The risk is exacerbated for local reporters who face threats not only from the insurgent groups, but also from the strongmen and war lords that have gained power and influence in the country over the last two decades.

The situation has worsened since the US-initiated political settlement in 2019. The eventual deal that the US administration struck with the Taliban in February 2020 saw the start of a new chapter in violence in Afghanistan, one that was more bloody than anything this generation of Afghans had experienced.

Targeted violence, much of it coming from an emboldened Taliban, saw a spike in assassinations of civil activists, government officials and Afghan journalists. According to Human Rights Watch, “Taliban commanders and fighters have engaged in a pattern of threats, intimidation, and violence against members of the media”. At least 11 Afghan journalists were killed in 2020, and five more have been murdered this year, four of them women. Many others, in the meanwhile, have had several “close calls” like the one Ajmal witnessed.

Several journalists who have faced threats are seeking safe spaces in other countries, while those who can’t leave find themselves displaced internally. Over the last year, I have met and interviewed many Afghan journalists who are on the constant move to be able to survive the threats they face in their provinces. The violent threats they face are not only inhuman, but also a major blow to the Afghanistan’s free press.

One such journalist is Habibullah Sarwary, who has worked as a journalist for a decade and half in one of the most dangerous, albeit vibrant, places on Earth. Sarwary, whose name I have changed to protect his identity, is now in exile from his home in southern Afghanistan.

“I have covered everything, from war to development; I have exposed corrupt warlords and documented the rise of insurgency in the country. I have also reported on the more beautiful side of Afghanistan and its culture. But now I am a marked man,” Sarwary told me. While Sarwary is no stranger to threats arising from his profession, the murder of a colleague at the hands of the insurgent group forced him to take the threats more seriously.

Today, Sarwary is a displaced man, seeking to go home to his family. “I can’t return because the Taliban leaders have threaten to kill me if I do. My family has tried to negotiate with them but they won’t let me return,” he said, talking from a safe house where he has been holed up for the past 10 months.

As the violence in the south, and across the country, worsens, Sarwary’s hope of returning home fades further. Aside from the mental stress and physical discomfort he faces, Sarwary is also out of a job. “The south was my turf, it is my home and I am most familiar with its issues. Here I can’t do any useful work or make money to support my family back home,” he said. “I have run out of savings, and am surviving on the kindness of friends,” he added, the sadness evident in his voice.

He hopes the warring parties are able negotiate a political settlement that could reduce the violence. However, he urges the Taliban to allow him to return to his home so he can document the historical changes taking place in Afghanistan. “I should be there right now telling the story of Afghanistan,” he said.

There seems to be next to no hope of improvement in the near future. In the last three months, the withdrawal of US and Nato forces has furthered invigorated the Taliban who have launched increased military attacks on many districts across the country. Afghan journalists are risking their lives to report on these violent developments and often get targeted by warring parties who do not always provide the press the immunity they should.

The situation is worse for women in media, who not only face threats from the insurgent but also from the fundamentalist elements in society who disapprove of them. A recent report by the Afghan Journalist Safety Committee (AJSC) revealed that over 300 women in media—18 per cent of the total number of the country’s female press—quit journalism in a span of six months in 2020, reducing an already small community to the fringes of extinction.

The AJSC report also noted that nine of the 34 provinces in Afghanistan did not have a single female journalist employed by a news service. In a country where many social spaces remain gender-segregated, lack of women’s presence in media essentially means that women’s voices, concerns and issues from these areas are excluded from the national debate and discussions, not very unlike the days of the Taliban regime.

Today, as the Taliban attempts to control more territory and destabilise the rest of the country, Afghan journalists are very concerned over the future of free media in the country—a celebrated gain of the last two decades. Afghan media houses that have flourished since the fall of the Taliban had thrived because of the relatively unregulated media landscape, providing a unique platform for Afghans to vocalise their political, social and cultural diversity.

Their future in the country now remains uncertain, especially in parts where the Taliban already has some control. The insurgent group has never been one to encourage free and inclusive speech, and has often used its military might to suppress vanguards of freedom of expression. In many places, media businesses have already restrained their operations; in other regions they are withdrawing investments. The eventual fall out of this is bound to impact the unbiased, unrestricted flow of critical information. The information blackout will in turn contribute to suppressing civic and social rights of the Afghans.

It has never been more clear than it is now, that increasing attacks on Afghan media are an attempt to trigger an intellectual blackout of an entire generation. 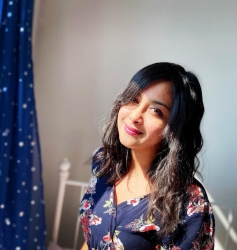 Ruchi Kumar
Ruchi Kumar is an independent journalist reporting from Afghanistan and India on politics, conflict, women and development issues. She tweets at @RuchiKumar