NEWS
Belarusian Association of Journalists: facing closure but not extinction

In the months since the disputed re-election of Belarusian president Alexander Lukashenko, the freedom of the press in Belarus has come under increasing attack.

The country’s journalism union, the Belarusian Association of Journalists (Baj.by), has documented more than 500 detentions, hundreds of arrests and fines, and dozens of criminal cases and prison sentences directed against reporters, editors and media managers, including our former colleague Andrei Aliaksandrau.

Almost every independent news and socio-political outlet from the local to the national level has experienced police pressure, searches and confiscations of their professional equipment. Many have been forced to stop publishing or to flee the country in order to work from exile.

In July 2021, the state launched a new wave of repression against independent media outlets and organisations.

Over ten days, security forces carried out more than 70 searches of editorial offices and private homes of employees of national and regional media. As a result, dozens more journalists, editors and media managers joined their colleagues already in custody.

Now BAJ itself is in Lukashenko’s sights.

BAJ is a voluntary, nongovernmental, nonpartisan association that includes more than 1,300 media professionals from across the country. It assists members in realising and developing their professional journalistic activities. Throughout its 25 years of existence, BAJ has also been a leader in promoting freedom of expression and defending media rights.

The organisation has been internationally recognised for its work. In 2004, the European Parliament awarded BAJ with the Sakharov Prize for Freedom of Thought, the EU’s highest human rights tribute. In 2011, it received the Atlantic Council’s Freedom Award. In 2020, the organisation was the first recipient of the Canada-UK Media Freedom Award, which recognises individuals and organisations advocating for media freedom.

Over the past year, BAJ has focused on defending and assisting its members whose professional and human rights have been violated by the state’s searches, detentions, beatings, legal and criminal persecution, arrests and prison terms. So it is not surprising that the authorities have launched a repressive campaign targeting BAJ itself.

In June, BAJ was forced to hand over thousands of documents about its activities.

The following month, authorities conducted another search of the office even without the presence of the association’s representatives. It is unknown in respect of which criminal case it was searched nor what was taken from there. They have also sealed the office, meaning employees cannot work there anymore and there is no access to statutory documents.

Now the country’s Supreme Court issued an order for the organisation to be liquidated. This is the same situation which almost 50 other public organisations of Belarus have faced, which have been of benefit for decades to Belarusian society, journalism, the writing community and many other areas.

BAJ’s closure – if the courts agree to the liquidation – will cause serious damage to the Belarusian journalistic community.

Firstly, there will be no legal organisation left in the country that can protect the rights of journalists.

Secondly, the association’s educational hub for journalists will disappear, and many BAJ educational programmes will have to be closed.

Finally, the only legal and recognised institution of journalistic ethical self-government will be destroyed – the BAJ Ethics Commission. In recent years, this was the only body in Belarus that effectively considered issues related to ethics in the media.

Yet even if BAJ is forced to close, it will not disappear.

The support of the international community for BAJ is strong. Journalists and numerous human rights organisations around the world have offered their support to BAJ and its members at this difficult time. BAJ also has outstanding support from the International and European Federation of Journalists, who oppose the liquidation, and have said that if it is closed, the association will remain a member of their organisations.

If the liquidation of the BAJ legal entity is confirmed, the headquarters will make a final decision on how it will work in the future. If it is impossible to continue in Belarus, BAJ will consider working abroad.

BAJ continues the fight. It has already appealed the Ministry of Justice’s liquidation order and the court will consider this on the morning of 11 August.

However, the justice system no longer works properly any more in Belarus. In any other democratic country, the court’s decision would be in favour of the BAJ.

The most important thing, according to BAJ chairman Andrei Bastunec, is that the organisation will continue its work.

“BAJ is not only a legal entity, but an association of like-minded people who see their mission as expanding the space of freedom of speech in Belarus,” he said.

Bastunec says the official registration of the organisation provided, by and large, one advantage: it simplified communication with government agencies. But when the authorities announced its ‘sweep’, advance communication was reduced to zero.

“As strange as it may sound, the deprivation of the BAJ’s legal status by the court will have almost no effect on Belarusian journalism and journalists. Many of them have been forced to go abroad, but continue to work there successfully. The BAJ will continue its work regardless of the court verdict,” he said.

Despite the threat to its existence in Belarus, active members of BAJ are defiant. Many say they will continue working in Belarus as long as possible until the authorities force them to leave the country.

“There is an administrative, bureaucratic reality from which the BAJ can be erased, but there is also a life where the organisation will continue to carry out its mission. The biggest threat to Belarusian journalism is not the deprivation of BAJ registration, but the wave of repression.”

Bastunec says the BAJ team welcomes the solidarity offered by those in the country and abroad.

“It must be understood that the Belarusian authorities today have entered into a fierce confrontation with the ‘collective West’, as they now call the democratic world.”

Yet even if forced to work outside Belarus, BAJ and its members may not be safe. The recent suspicious death of Vitaly Shishov in Ukraine and the attempt to force Belarusian athlete Krystina Timanovskaya to return home after speaking out against her coaches at the Olympics show that Lukahsenko’s tentacles have a very long reach.

Chronology of the repressive campaign against BAJ

9 June The Ministry of Justice launches a major audit of BAJ’s activities.

21 June BAJ receives an official request requiring the organisation to provide thousands of administrative and financial documents on its activities, including lists of its members, covering the last three years. The documents were demanded the same day but the Ministry of Justice later extended the deadline to 1 July. Despite the short time frame, BAJ submitted all the requested documents, with the exception of those seized from the BAJ office during a search by security forces in February 2021.

15 July BAJ receives an official warning from the Ministry of Justice on the grounds that its regional branches in Brest and Maladzechna had allegedly carried out their activities without having legal addresses. However, this is not true. Nevertheless, the Ministry of Justice considered the failure of BAJ to submit all of the required audit documents, as well as the absence of legal addresses of the regional branches, to be a violation of the country’s legislation and BAJ’s charter. The Ministry demanded that the alleged violations be rectified by the next day.

16 July BAJ informs the Ministry of Justice that the organisation’s office had been sealed by the state and that its representatives had no access to its documents. BAJ therefore requested more time to fulfill the Ministry’s demands after gaining access to its premises.

21 July The Ministry of Justice reports via its social networks that it had already submitted a claim for the liquidation of BAJ to the Supreme Court, allegedly due to the organisation’s failure to rectify the violations and the official warning for repeated violations of the law.

9 August Conversation of the parties in the civil case brought by the Supreme Court on the BAJ appeal against the written warning issued by the Ministry of Justice on 15 July.

11 August Supreme Court will hear the liquidation order against BAJ. 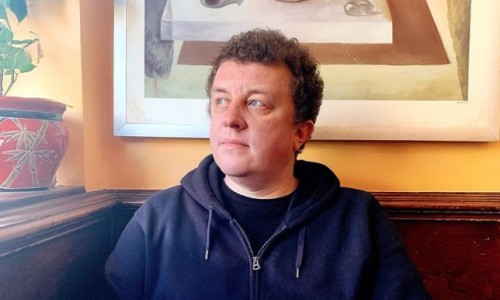 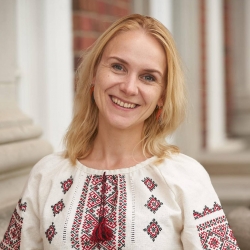