LETTER
Letter to US Attorney General on Julian Assange

We, the undersigned press freedom, civil liberties, and international human rights advocacy organizations, write again to share our profound concern about the ongoing criminal and extradition proceedings relating to Julian Assange, the founder of Wikileaks, under the Espionage Act and the Computer Fraud and Abuse Act. 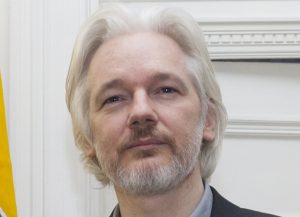 In February, members of this coalition wrote to the Acting Attorney General, urging that the criminal charges against Mr. Assange be dropped. We now renew that request with even greater urgency, in light of a recent story in Yahoo News describing alarming discussions within the CIA and Trump administration before the indictment against Assange was filed. The Yahoo News story only heightens our concerns about the motivations behind this prosecution, and about the dangerous precedent that is being set.

As we noted in our earlier correspondence, the signatories to this letter have different perspectives on Mr. Assange and his organization. We are united, however, in our view that the criminal case against him poses a grave threat to press freedom both in the United States and abroad. We were disappointed that the Department of Justice appealed the decision by Judge Vanessa Baraitser of the Westminster Magistrates’ Court to reject the Trump administration’s extradition request. Especially in light of the recent news report, we urge you to drop that appeal and dismiss the underlying indictment.

As we explained in our earlier letter, journalists routinely engage in much of the conduct described in the indictment: speaking with sources, asking for clarification or more documentation, and receiving and publishing official secrets. News organizations frequently and necessarily publish classified information in order to inform the public of matters of profound public significance.

We appreciate that the government has a legitimate interest in protecting bona fide national security interests, but the proceedings against Mr. Assange jeopardize journalism that is crucial to democracy. In our view, a precedent created by prosecuting Assange could be used against publishers and journalists alike, chilling their work and undermining freedom of the press.

Major news organizations share this concern. The charges against Assange have been condemned by virtually every major American news outlet, even though many of those news outlets have criticized Mr. Assange in the past.

In light of these concerns, and in light of the shocking new reporting on the government’s conduct in this case, we respectfully urge you to drop the ongoing appeal of Judge Baraitser’s ruling and to dismiss the indictment of Mr. Assange. Respectfully,

Fight for the Future

3 responses to “Letter to US Attorney General on Julian Assange”